What To See When Visiting Paris, France

Paris, France's capital is a major European city and a global center for art, fashion, gastronomy and culture. Is is the land of love, you can’t help but to fall in love with its lights, food and people.

The Eiffel Tower is a wrought iron lattice tower located on the Champ de Mars in Paris, France. It is named after the engineer Gustave Eiffel; the Eiffel Tower has become one of the most enduring symbols of France and the industrial age.

When Gustave Eiffel’s company built Paris’ most recognizable monument for the 1889 World’s Fair, many regarded the massive iron structure with skepticism. Today, the Eiffel Tower, which continues to serve an important role in television and radio broadcasts, is considered an architectural wonder and attracts more visitors than any other paid tourist attraction in the world.

Notre Dame de Paris is a medieval Catholic cathedral on the eastern half of the Île de la Cité in the fourth arrondissement of Paris, France. With its sculptures and stained glass windows show the heavy influence of naturalism, unlike that of earlier Romanesque architecture. It was one of the very first Gothic cathedrals, and its construction took place throughout the Gothic period.

Montmartre, A hill that reaches a height of about 130 meters, located in the north of Paris in the eighteenth arrondissement, it has long been known as the premier artist's enclave in the city. The word Montmartre mean's "mountain of the martyr" and was derived from the martyrdom of Saint Denis - the bishop of Paris, who was decapitated atop the hill in 250 AD.

Arc de Triomphe, is one of the most famous monuments in Paris. the world's largest triumphal arch, forms the backdrop for an impressive urban ensemble in Paris. The monument surmounts the hill of Chaillot at the center of a star-shaped configuration of 12 radiating avenues. It is the climax of a vista seen the length of the Champs Elysées from the smaller Arc de Triomphe du Carrousel in the Tuileries gardens, and from the Obélisque de Luxor in the place de la Concorde.

Jardin du Luxembourg, the Luxembourg Gardens, inspired by the Boboli Gardens in Florence, were created upon the initiative of Queen Marie de Medici in 1612. The gardens, they cover 25 hectares of land, between the French gardens and English gardens, and between them lies a geometric forest and a large pond. There is also an orchard with a variety of old and forgotten apples, and there are 106 statues spread throughout the park.

Musée d'Orsay, is a museum in Paris, France, on the left bank of the Seine. It is housed in the former Gare d'Orsay, a Beaux-Arts railway station, it was built between 1898 and 1900. The museum holds French art dating from 1848 to 1914, including paintings, sculptures, furniture, and photography. It has the largest collection of impressionist and post-Impressionist masterpieces in the world, like Monet, Manet, Degas, Renoir, Cézanne, Seurat, Sisley, Gauguin andVan Gogh.

Disneyland Paris originally Euro Disney Resort, is an entertainment resort in Marne-la-Vallée, a new town located 32 km (20 mi) east of the center of Paris, and is the most visited theme park in all of France and Europe, so if you are in Paris, and your kids started to fuss, and board, or you are thinking how to combine Disney with Europe trip, you have your answer, just go to Disney land in Paris, France, it is amazing, for you and for your kids.

The Conciergerie is a former prison in Paris, France, located on the west of the Île de la Cité presently mostly used for law courts. The present monument forms a part of the former palace of the Capetian dynasty. Charles V ceased using the palace in the 14th century and decided to house his law courts here. The Concierge, or keeper, was appointed by the king and was responsible for policing within the palace walls. At the end of the 18th century, many prisoners detained by the Revolutionary Tribunal were held in the Conciergerie, including Marie-Antoinette.

If you liked this blog, make sure to check my other travel blogs by clicking on the links below.

What to Explore When Visiting Rome, Italy

My Journey to Petra: One of the Seven Wonders of the World

What to See When Visiting India, The Land of Wonders

What to Explore When Visiting the Ancient World of Egypt 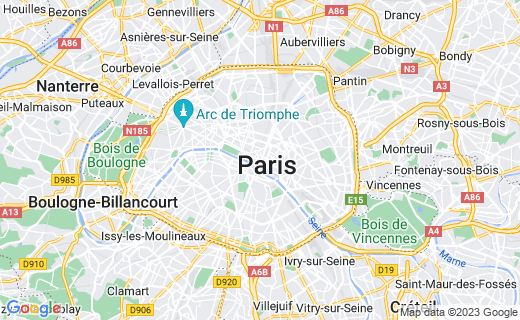