What happens when lightening strikes an airplane 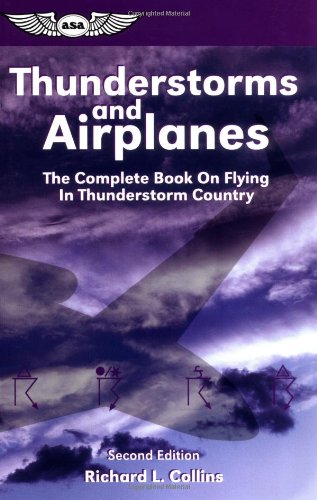 Learn about how planes pull through it

The sky was darkening over the Kansas City Airport on a nippy October morning as a thunderstorm was approaching. As my husband and I got seated and ready for the average 3 hour and forty minute flight from Kansas City to Phoenix, an announcement was made of rain and storms hovering over Kansas City while mild weather and clear skies where awaiting at our destination. After a ten minute wait for the traffic controllers to give our flight the go, our aircraft was ready for takeoff. Seconds later we lifted up in between grayish clouds eager to go back home.

And then it happened......After about 60 seconds of being up in the air, out of nowhere a bolt of lightening shook our entire aircraft. Followed were surprised expressions from passengers asking :"What was that"? Having been assigned a window seat, I had seen it all : the blinding light striking for a flash second the wing and fuselage.

Minutes of uncomfortable silence followed, where perhaps we were all thinking the same thing: if there was some structural damage and if we were going to do an emergency landing. I guess we were all reassured from the aircraft still proceeding towards our destination and no special announcements from the cabin.

As scary as it can be, aircrafts are built to withstand all the variety of surprises mother nature has in reserve. On average it is estimated that every aircraft will be struck by lightening at least once a year. Put it all together and you will have a feel of how many planes are hit with little or no consequences.

The secret of the aircraft's resistance to lightening stands in its composition. The aluminium coverage acts as a good conductor of electricity causing the lightning bolt to travel from point A to point B while avoiding its precious interior cargo: the passengers. Typically, a bolt may strike the nose of the plane or the tip of a wing travelling up to the tail and exiting from there.

Surge protectors will help preserve vital instruments and the mile long wiring from being destroyed by the electrical bolt. These requirements are strictly regulated by the FAA to ensure the safety of all crew and passengers.

While the fuselage and the plane's interior are pretty much safe, engine fuel may be a concern. In 1962 a commercial Panam flight crashed because of a bolt of lightening causing a fuel tank explosion and 81 casualties.All it takes after all, is a small spark to have the engine explode with all the dim consequences. Fortunately, after such incident, stricter regulations were put in place requiring all the aluminium area covering the engines to be extra thick and lightening proof.

Upon un-boarding the plane, an announcement was made that the plane had to undergo a thorough inspection and the incident had to be reported to the FAA. As my husband and I waited our connecting flight we were able to see some dark streaks left from the lightening's burn marks. The plane was then finally inspected by an engineer placed inside a large basket and lifted on top of the fuselage.