What Is In Nunavut, Canada's Far North? - Inuit Art, Dinosaurs and Uranium

Nunavut is "Our Land"

All of Nunavut, or from the Inuit, Our Land, lies north of the tree-line. That means that no trees grow in this Northern Canadian territory, although people, some native plants, and animals live there. Other northern territories include Yukon and Northwest Territories, as well as others.

The Peterson Ice Shelf is significant of all the abundant ice in the region, because many countries are planting national flags on it in attempts to claim the North Pole as their own.Other ice in Northern Canada has melted enough to reveal the Northwest Passages, which explorers sought for centuries as a short cut to the East.

Most famously, the Russians placed a flag on the ice shelf, but the world seems to be ignoring it. However, the Geographic North Pole moves 40 miles farther towards Russia every year. By 2012, it was already out of Northern Canada.

The Canada Post has assigned postal code H0H 0H0 to the North Pole, in honor of Santa Claus and his Ho Ho Ho.

Other Northern Peoples, Including Saami

The Land and People

Western Europe could fit inside Nunavut, but just over 33,000 people live in this territory in 2014. Nunavut is the portion of Canada that is exhibiting the fastest rate of population growth at over 3.0% and its media age is gradually decreasing, being in the late 20s at this writing. The 15 to 24 year old age group is the largest in the population, per Statistics Canada news releases.

Of these people in Nunavut, over 80% are Inuit, a people formerly called "Eskimos." That name it not the name they call themselves (Inuit). but a name others have called them and they reject it.

The government of the territory states that four official languages are recognized: Inuinnaqtun, Inuktitut, English, and French. All four use the same alphabet, but the first two also use another alphabet called syllabics.

Nunavut’s capital city, Iqaluit. is home to numerous families that are bilingual in an Inuit language and French, dating back to earlier years when French trappers settled in the area.

The Canadian Federal Government does not want the two Inuit languages to become lost languages. The Inuit Language Protection Act is the only Act in country that protects a First Nation language. One of its goals is to provide Indigenous language instruction in all schools by 2019.

Several other languages were reported spoken in homes during the Canadian Census of 2011. These included Cree, Innu, and dozens of non-Aboriginal languages that exclude French and English.

The Inuit Year has eight seasons or divisions around the outside of the circle in the graphic below. Interestingly, the circle is aligned with the Far Eastern concept of the world being a circle marked by eight points. Full Moons are likely named for these particular eight seasons.

The Traditional Year of the Inuit People

Most of us heard something about The Northwest Passage in school K-12, and about how no one could find it hundreds of years ago. During the late 20th and early 21st centuries, enough ice melted to open up passages completely through the northern parts of Canada (see from the International Space Station) and some freighters began using these waterways through Nunavut. 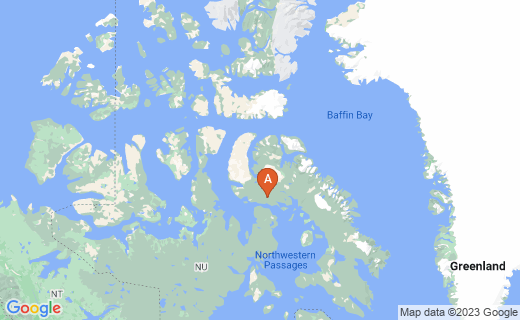 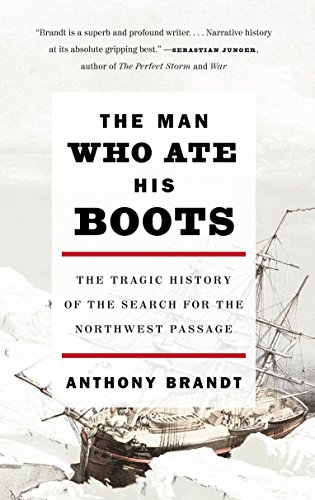 The Man Who Ate His Boots: The Tragic History of the Search for the Northwest Passage
Buy Now

In 2014, duck-billed dinosaurs were recently discovered in the far north of the North American Continent, from Alaska across Canada to Nunavut in areas near the Peterson Ice Shelf and Greenland. The latter is the farthest point north for any such discovery globally. 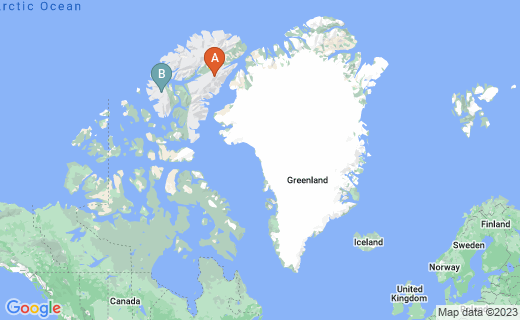 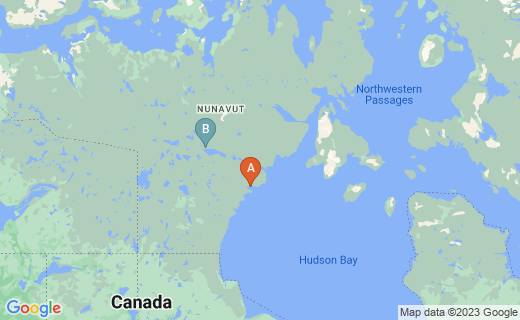 Nunavut’s first uranium mine will open in 2015, 80 km west of Baker Lake, the community with lowest unemployment rate in the territory (see site "G" on the map below).

The mine is expected to employ up to 750 people during construction and 400 to 600 workers during mining operations for 10 years.

The company expects to run the mine for 14 years, with three to four years of construction prior to that and 10 years of decommissioning and monitoring once it’s closed.3,200 to 3,800 tonnes of uranium concentrate, which is yellowcake.

From March 2 to March 20, 2015, the NIRB will host a series of meetings at the Baker Lake community centre.

Approximately 85% of uranium produced in Canada is exported to countries around the world for use in nuclear reactors. The remainder is used to generate electricity in Canada and in medical isotope production. -- AREVA Resources Canada 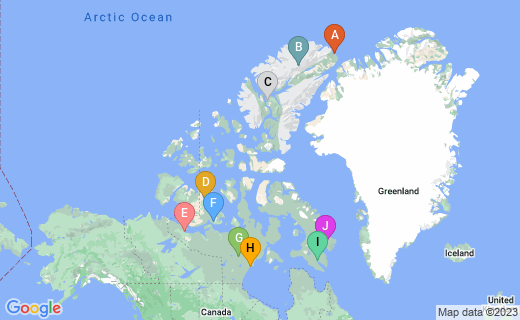 Largest City in the island, the Capital, and home of the Language Commissioner.

The exploring Greenlanders and Icelanders called these aboriginal people skaelings, apparently to match up the discovered people with those in their own legends of Greenland and Iceland about a place called Helluland.

It is thought that what is now Ellesmere Island, Nunavut fits the descriptions of Helluland in the minds of the explorers. The legends involved the early Thule people, whose DNA was discovered in Iceland in the early 2010s.

Unfortunately, skraeling means withering, dying, and weak. The Inuit are none of those things. 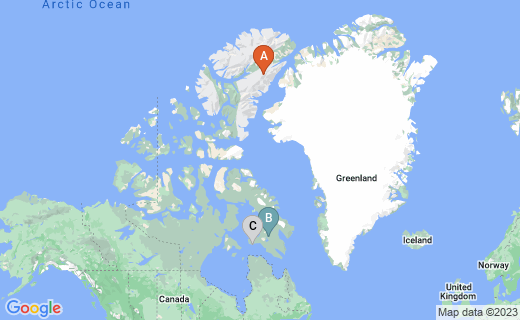 The Hamlet of Cape Dorset is the Capital of Inuit Art, supporting several well known artisans in the area and welcoming increasing numbers of art lovers and even tourists.

The Inuit living in Cape Dorset today are direct descendents of the Thules that called themselves "Tunlit".

These early Dorset culture inhabitants were the ancestors of the Inuit People as a whole. They discovered by Vikings over a thousand years ago and rediscovered in the 1600s by explorers looking for the mythic Northwest Passage that actually exists today.

During 1959, the first major Inuit exhibition of sculptures was held at the Stratford Festival and today, the arts produce a major portion of the community's economy.

Dorset Island, Mallik Island, and Mallikjuaq Territorial Park and archeological site all include elements of culture representative of the Thules, the Dorset people, and the Inuit. The park is accessible during warmer seasons by a short boat ride or, during low tide, visitors can just walk across the flats. Guided tours of the island are available. 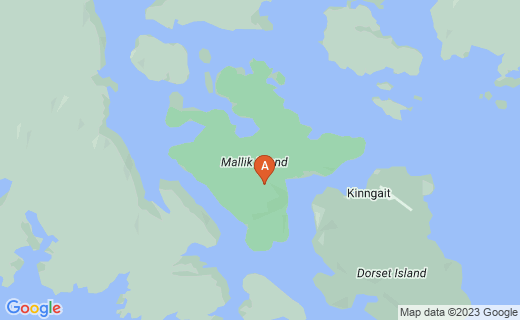