What is the Chain Bridge’s Doppelganger Doing in Italy?

A surprising photo caught the attention of one of my Italian friends. Having a look at this snap, you’ll recognise a bridge, suspiciously familiar to the Chain Bridge of Budapest. After looking at it more throughoutly, I noticed several small differences, but at first, the similarity was shocking.

Fornoli, the town of 1400 lies next to Bagni di Lucca in Lucca county, Tuscany, Italy. Its suspension bridge, the Ponte d’Oro has been standing here for more than 150 years. 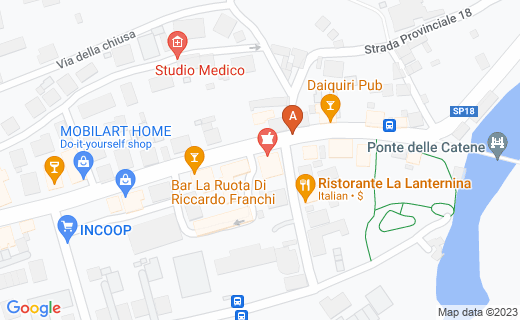 In the middle of the 19th century Lucca’s doge, Carlo Ludovoco di Borbone ordered the construction, and assigned the architect Lorenzo Nottolini its designing. Before the designing process Nottoli travelled to England in order to have a look at other chain bridges.

A chain bridge is actually a type of bridge, brought to perfection by the architect William Tierney Clark. Among his works we can find the Hammersmith bridge in London, which was deconstructed in the late 1800s; the Marlowe Bridge, which still stands between Marlow and Bisham, and proudly advertises its similarities to the Chain Bridge of Budapest; the Norfolk Bridge, which we only can appreciate on archive photos, and of course one of the world’s most beautiful bridges, our Chain Bridge.

The Norfolk Bridge of Shoreham-by-Sea, UK

Lorenzo Nottolini was mainly inspired by William Tierney Clark’s Hammersmith Bridge, although he also examined the Clifton suspension bridge, which was being built at the time.

Construction works started in 1844 in Fornoli. The bridge, mentioned both as Ponte delle Catene and Ponte d’Oro was finished in 1860.

Locals are really proud of their bridge. They are aware of its resemblance to Budapest’s Chain Bridge, and they also keep a record about the fact that during the World War II, both the Ponte d’Oro in Tuscany and the Chain Bridge in Budapest were bombed by German forces. The Italian bridge has been causing delightful surprises for Hungarian tourists since it got renovated after the war.

Let us be amazed by this photoshoot about the doppelganger of the Chain Bridge. I hope one day I will have the chance to take a look at it with my own eyes. Until that day, I will enjoy the beautiful sight of the Chain Bridge at night.