Andalusia and the Costa del Sol region of Spain. 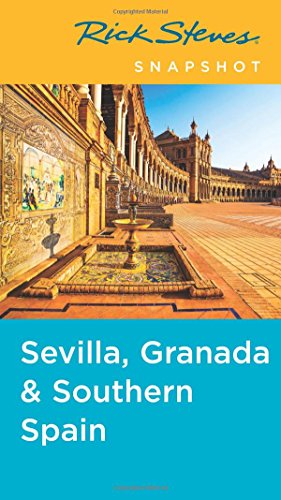 Andalusia is the southern most region of Spain along the Mediterranean coast below Castilla and La Mancha in Spain. Included in this region are the cities of Sevilla, Granada, and Cordoba as well as the Costa del Sol, the beach coastline. It is economically a poorer region than the north of Spain, but it is rich in culture melding the Arab, Spanish, Jewish and gypsy culture together. It has a rich culture as this is where flamenco dancing and bullfighting originated. It is also where the Moorish-influenced architectural styles in Spain originated.

The Arabs or Moors ruled Spain from 711 AD to 1492 AD. With them they brought their Muslim religion, Islam, which also influenced life in Spain. Andalusia was the center of power in medieval Muslim-dominated Iberia. In fact the word Andalusia comes from the Arabic Al-Andalus, and many words in Spanish originated from Arabic. So there is quite a mixture of different cultures that make the Andalusian culture and, therefore, the Spanish culture.

The capital city of the region of Andalusia is Sevilla. This is a lovely and elegant city on the shores of the Guadalquiver River. The people here are known as sevillanos and Sevilla is approximately 3,000 years old and the fourth largest city in Spain. The city is influenced by the Moors, medieval, renaissance and baroque cultures and styles.

The Cathedral of Mary and the Giralda Bell Tower is the focal point of the city. Here is the Plaza Mayor and the cathedral and the city has risen up around it. Flower decorated horse-drawn carriages carry visitors and tourists around the city and plaza and to and from the cathedral. The bell tower is unusual as the stairs are large and flat so that a horseman could ride up to the top of the bell tower. So, it is not difficult to climb the stairs to the top which affords a panoramic view of the city of Sevilla. You don't want to miss climbing this bell tower.

The Jewish quarter or section of Sevilla is all original buildings and streets also. They are narrow and white washed and here you will find the many shops and some tourist stores for shopping. Delightful cafes are situated in the tiny, narrow streets of the Jewish quarter.

The University of Sevilla is here, also, so there is a large student population in the city. Here is where students study flamenco dancing which is said to have originated in Sevilla. It is a dancing style that merges Spanish and gypsy music and dance moves and is now the traditional national dance of Spain. Both men and women dance flamenco and there are several theatres you can attend to view this traditional dance and music. It is the highlight of any trip to see the ruffled long dresses swirling around as the women and men click their heels to the passionate sound of the music. It is a passionate love dance that expresses the romantic emotions of both the man and the woman.

Part of the flamenco dancing costume is the abanico or fan. Spanish fans are beautifully crafted with material and lace and here is where to buy your Spanish fan if you want one. Most are hand painted with designs of flowers and there are actually lessons available on how to open and close the fan in one swift motion. The fans also come in handy for cooling yourself in the hot, but dry summers in Sevilla where the daily temperature can reach well above the 100's.

For a modern jaunt and look in Sevilla, see the Metropol Parasol which is a wood modern and contemporary art designed building that houses shops and a market inside as well as trains. It was designed and built by a German architect and is well lit up in lights most nights in Sevilla. It is so modern in a traditional architectural city that it stands out and cannot be missed.

The Spanish city of Granada is located at the foot of the Sierra Nevada Mountains at the confluence of the Beiro, Darro, and Geral Rivers and is one hour from the Costa Del Sol. Here was the seat of the Moorish and Muslim rule in Spain. And, this was the last strong hold of the Arabs and the place were Queen Isabela and King Ferdinand finally ran the Arabs out and back to Africa, finally unifying Spain under one rule.

If you have only time to see one attraction in Granada then it must the the Alhambra. This was the Moorish citadel and palace built originally by Mohammad I as a completely walled town as security against enemies. Here you will discover the Islamic historical legacy in Spain and the Arab influence and rule in Spain. Also, an afternoon on the cool and pleasant Generalife, the garden area attached to the Alhamba as a place of recreation for the Arab caliphs and kings is not to be missed. This garden overlooks the Geral River and from where the name for the gardens came.

Downtown, within the city, is the Cathedral of Granada modeled after the Cathedral in Toledo. It is large and beautiful and in the 18th century the Royal Chapel of Granada was built and attached to the cathedral. This is where you can view the tombs of Queen Isabela and King Ferdinand who requested to be buried here because Granada was their final battle against the Arabs in their quest to unify all of Spain under their rule. Also buried alongside of them are their children, Juana and Philip I.

Granada has a large gypsy population and you can see their caves built into the side of the hills of Granada. Anytime you are around gypsies hang on to your purses and wallets. They will be stealing from you as they smile and sell their wares to you. But, it is the gypsies that are the flamenco dancers in Granada. In fact, there are tours and excursions to the gypsy caves to view their flamenco dancing. I prefer to watch my flamenco in Sevilla, but if you missed it there you can certainly catch it in Granada.

A side trip you might want to take once you arrive in Granada or on the way to Granada is a visit to the town of Ronda.This is a small town as opposed to the larger cities of Granada and Sevilla. But, Ronda is the birthplace of bullfighting and you can catch a bullfight usually daily here during the months of April to October. It is situated on the side of a mountain and the view of the city as you arrive is breathtaking. Ronda is built on a large cliff in the mountains and the view straight down is amazing. So for the national cultural phenomenons of flamenco dancing and bullfighting, the Andalusia region is where you want to be.

Arriving in Cordoba by bus or car is beautiful because you enter over the old Roman bridge, built before Christ when Rome ruled the Iberian Peninsula. To experience part of the Roman Empire antiquity is special indeed. And, the view of the city is stunning.

What you don't want to miss in Cordoba is the Muslim mosque which is the star attraction in the city. It was built by the Moors during their conquest of Spain. Although the Moors controlled all of Spain at the beginning of their conquest in 711, by the 1300 and 1400's the Moors had been pushed back to the Andalusian region only as under their control. But. the mosque they built, also known as the Candy Cane Arches mosque is enormous and beautiful to behold. The Moors are specifically known for bringing the arch to western architecture, and the arch is never better displayed than in this mosque. Each arch is candy-cane striped with pink and natural color stone/granite. They stretch on and on within the mosque and have been standing for centuries. A stop here is a must.

After viewing the mosque, the next place to see is the Jewish quarter in Cordoba. Here you can view the centuries old synagogues of the Sephardic House. They are also as beautiful as the mosque, but have been mostly turned into Catholic churches after the reconquista of Spain by Queen Isabela and King Ferdinand. Also, interesting to note, is that Cordoba was the seat of the Spanish Inquisition beginning in 1492 and Queen Isabela's zealest fight to rid Spain of the Jewish and turn Spain into a Catholic nation. She did reach her goal and Spain has been one of the last of the European countries to remain strongly and strictly Catholic.

Also in Cordoba you will find the Royal Stables that are the breeding place for the famous Andalusian horses that are considered to be the best in the world. Spain is noted for its Spanish Riding School and the strict and traditional equestrian feats it teaches its riders and horses. The Andalusian horses are believed to have originated in Arab countries and brought to Spain during the Moorish conquest of Spain in 711. 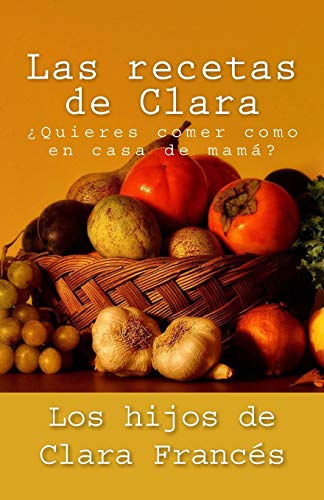 Malaga and the Costa del Sol

Once you have toured the gorgeous and historical cities in the Andalusian region, the next stop you want to make is in Malaga.This is a large city on the Costa del Sol (Sunny Coast) of Spain. Here, you find the beaches and beach towns of this lovely sun drenched coast. All of Europe comes here to find fun, sun and sand - and the Mediterranean Sea. From the northern Scandinavian countries, Germany, Holland and Britain come the blond and fair skinned beauties of the north. The French, tired and bored with their own riviera, flock to Spain's warm summer beaches and islands. Any of the small towns along the coast are beautiful and the white-washed villages climb up the mountainsides overlooking the Mediterranean Sea.

Torremolinos is the beach town I have stayed at and this is a very family oriented beach and town. Here you will experience Spanish families and their children vacationing. Also, here Spanish colegios (high schools) come with their classes for a week of sun and fun on the coast. The topless bathing is at a minimum because it is a family oriented town and beach. Here, everything that is offered at American beaches - wave runners, jet skies, para-sailing and skiing, wind skiing, windsurfing, water skiing, etc, is available on the Costa del Sol also.

If you are part of the jet-set and are looking for a more sophisticated town and beach to hang out at then Marbella is the beach for you. Here you will see the fancy and expensive condos and villas dotting the mountainside. You can celebrity watch at the cafes and beach and the nighclubs are busy and packed each night. Nightlife on the Costa del Sol begins around eleven o'clock p.m. or midnight and goes on well into the morning, with most revelers going from nighclub to a breakfast place or cafe before calling it a night (or day).

This is a beautiful and relaxing coast to visit and the cafes and tapas bars are a plenty and sipping a drink or beverage and watching the beautiful people walk by is a sport all of its own.

The Andalusian region and the Costa del Sol is not to be missed in Spain!

Andalusia and the Costa del Sol