Top Places to Visit when in Jogjakarta Indonesia

According to lonelyplanet.com, "Yogyakarta owes its establishment to Prince Mangkubumi, who in 1755 returned to the former seat of Mataram and built the kraton of Yogyakarta. He took the title of sultan, adopted the name of Hamengkubuwono (The Universe on the Lap of the King) and created the most powerful Javanese state since the 17th century."

Jogjakarta or Yogyakarta (both are correct) is the center of education in Indonesia as one of the oldest universities in the country, Universitas Gadja Mada can be found in this city. It is also the former capital of Indonesia from 1946-1949 (thelonelyplanet.com).

You can get your money changed at the airport, the hotel or at several other money changers spread across town. The rates at the Mulia Money Changer outside Inna Garuda, as well as the one beside a Jewelry shop in Malioboro street have especially high rates. Be sure to check them out.

Since we were at the heart of the city and had very little time in between conference sessions and side trips, we had to use the fastest form of transportation possible. This means we rented a car for 100000 IDR per hour (about US $ 10). It was quite expensive but convenient because not a lot of people knew how to speak in English and riding the taxi proved very challenging. Flagging down a taxi was also challenging. You can haggle with the car drivers but we didn't even try (my colleague is a very rich and generous person, you see). We've had 2 drivers in Jogja. One is named Rubianto, or Rubi for short. The other is Harto. Rubi was our driver from the Adisucipto Airport to the hotel. He offered us 750000 IDR for a 12hr tour which includes everything already, toll fees, gas, etc. But he never picked up when we called so we had to find another driver. Harto's rate was more expensive, 100000 IDR per hour but he was a good guy so it didn't really matter. Their cars were both very comfortable and new so I felt like the price was worth it. I still have their numbers so just comment or PM me if you also need a driver in Indonesia. :)

Taxis are also available. Flag down is 5000 IDR (less than 1 USD). Very cheap compared to the rates here in the Philippines where flag down rate is 1 USD. We had a terrible experience with one taxi driver who didn't know english and had very short temper. He drove us around the dodgy and shady areas of town and wouldn't listen to us even if we kept on telling him to go back to the hotel. Good thing we were traveling with someone who knew bahasa and got us back to the hotel safely. The driver was very unapologetic so we only paid the flag down.

Where to stay when in Jogjakarta

There are various hotels in the city, though we only stayed at the Melia Purosani Hotel. The Melia Purosani is a 5-star hotel which is part of the Melia chain of hotels across the world. We stayed in a room with a city view and a king-size bed with its own toilet and bath. It includes a flat screen satellite and cable TV, a desk, a couch, and a coffee table. Breakfast for two is included in the hotel stay. I think it's a deluxe room which costs about $88 per night. Check in is at 2 PM and check out is at 1 PM, at the latest. There is a very nice pool and the hotel offers various cuisines for all the meals.

I also saw another hotel while walking through Malioboro street. It's called Inna Garuda and the locals just call it the Garuda hotel. Garuda means eagle and it has meaning for the Hindu people. It's a cultural reference which you might want to discover yourself for when you visit Indonesia. 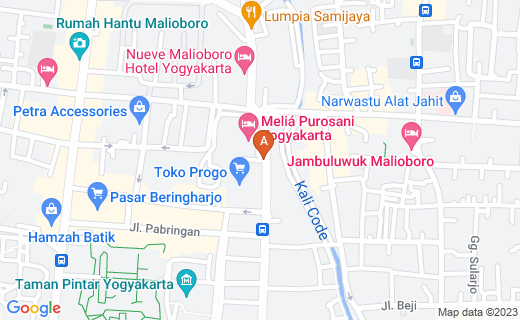 as previously mentioned, we had very little time in between sessions but we still managed to squeeze in some side trips. These are the places we went to.

The Prambanan Temple is one of the oldest temples in the city of Jogjakarta. Also called Rara Jonggrang, the Prambanan temple is a 9th century Hindu temple compound in Central Java. This temple is dedicated to the trimurti (trinity in Christianity) which refers to the expression of their god as Brahma (Creator), Vishnu (Preserver), and Shiva (Destroyer and rebuilder). It has been destroyed by various earthquakes in the past but since it had been declared a UNESCO world heritage site, restoration has been well underway. The temple is made of pure lava rocks, but since the reconstruction and rebuilding has started, new rocks, not necessarily made from lava are being used.

Entrance fee is at 171000 IDR but students get a discount which lets them pay around 80000 IDR only. I felt so bad that I forgot my ID at the hotel. Anyway, the entrance includes the use of a batik sarong and a hard hat for one of the temples where small rocks might fall.

We hired a tour guide named Sumantri who told us that his name literally translates to "good guy". Talk about being suave. He told us about the history of the temple, the meanings of each temple, the story of Ramayana and many more.

From our hotel, the Prambanan Temple is around an hour's ride away so we still had time to go to the Museum Ullen Sentalu (3) at the foot of Mt. Merapi. 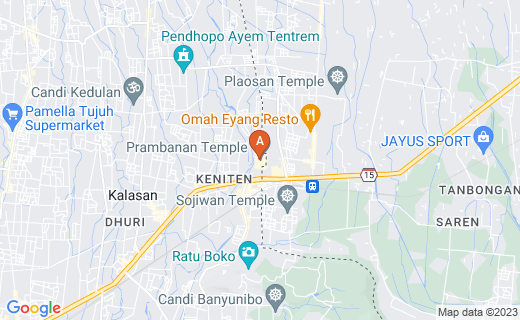 We were told that the best time to visit Borobudur is early in the morning so that we can witness the magnificent Indonesian sunrise there. We're just so glad we heeded their advice.

As with Prambanan, the Borobudur temple was also built in the 9th century. However, it's not a Hindu type. This one is of the Mahayana-Buddhist kind. It has six square platforms and three circular platforms. The architecture reflects both influences from Buddhism as well as Hinduism. The Borobudur temple is also considered a World Heritage site and is a Guinness World Records holder as the world's largest Buddhist archeological site.

Entrance fees are more expensive for sunrise tours. It costs 380000 IDR per person which includes the use of flashlights and a batik sarong, coffee and snacks after the tour, as well as a batik souvenir which can be used as a scarf or a belt. We also hired a tour guide here named Agus and he was one such clever and funny man. He told us the meaning of the hand symbols, what they're called, and even gave us feng shui readings! He was so good that he told us (me and my colleague) that we're both good communicators and would do well in the academe. We also learned so much about the Buddhist culture from him. We paid him 100000 IDR and a little extra as a tip because he was so cool.

The Ullen Sentalu is a private museum dedicated to Javanese culture and art. It displays exquisite pieces from palaces or Kratons of Java, including Jogjakarta, Pakualam, Surakarta and Mangkunegaran. Such pieces are very exclusive and hard to find. These include photos and paintings of the royal families from said cities, as well as some fashion items from these royal families. According to their website, the museum is established by the Haryono family and is now being being managed by the Ulating Blengcong Foundation.

Admission fee is at 50000 IDR and an English-speaking tour guide is also available without additional charge. Taking pictures inside the museum isn't allowed though so you can focus on the exhibits there.

The MUSE shop can also be found near the museum. It sports several awesome clothing and souvenir pieces which includes dresses, bags, silver jewelry, handicraft, key chains, purses, and the like.

Beside the museum is the Beukenhof Restaurant / Twinings Cafe which had a very dutch feel. This is because the country has been under Dutch occupation in the past. The food is good and not that expensive. It has a very nice and homey feel to it. And because it was near Mt. Merapi, it wasn't hot at all there and the water was even cold, much like the tap water in Baguio City, Philippines. 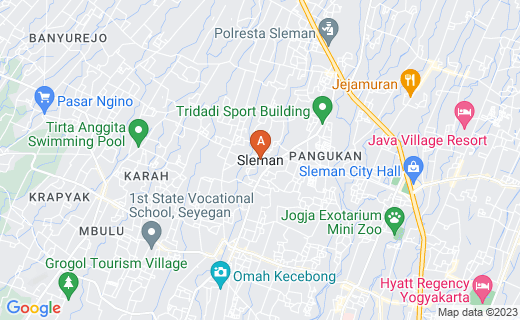 Jogjakarta is the center of silver in Indonesia. Ansor's Silver is established in 1956 by Mr. H. Ansor Karto Utomo. Their silver is widely marketed across the world. Silver processing in the city of of high valuable inheritance, especially in Kotagede which is also referred to as Kota Perak or Silver City.

They not only sell solid silver jewelry but also silverware, as well as souvenirs and handicrafts.

Small hoop earrings sell at around 60000-150000 IDR while those with dangling designs can cost around 300000+ IDR. Chokers and other silver necklaces are much more expensive so I chose not to buy some but these are really cheap java silver. And what's even better is that you can haggle with the salespeople! So nice, yeah? Drop buy when they're on sale. They have items at 50% off! :D

AWESOME. I bought a bunch of small hoop earrings to bring home to my mostly-female family and they all loved it. :) 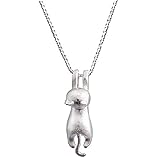 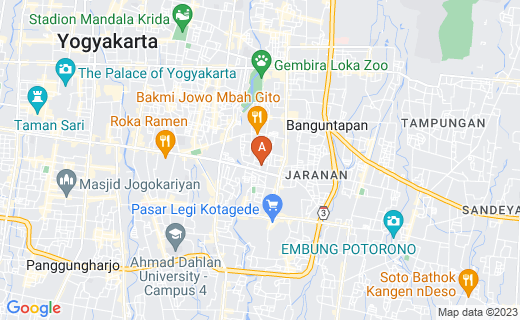 Malioboro sounds like the cigarette brand but it's in no way related to nicotine and those kinds of stuff. HAHA! Malioboro is actually a shopper's heaven. It's a whole street filled with awesome stores of everything!

I brought home a lot of awesome and chic clothes from Malioboro and they were all very cheap compared to other shops. It's like the Divisoria of the Indonesia! (Divisoria is the shopping capital of the Philippines where you can buy wholesale and retail items at really low prices)

Malioboro is located near out hotel so we just walk to it. There's also a market there where you can buy even cheaper pieces. However, most of the people there don't know English so prepare your calculator and haggle using that.

How to get to Jogjakarta

From Jakarta, there are various flights to Jogjakarta. We took Air Asia and the flight took about an hour. There's also a train ride to Jogjakarta but it will take about 8 hours so the plane is more convenient but more expensive. But if you have the luxury of time, then you can take the train. It's all up to you. :)

So, in my 4-day stay in Jogjakarta, I learned a couple Bahasa phrases which include Welcome (selamat datang), good morning (selamat pagi), good afternoon (selamat suri), and thank you (terima kasih). It was a fun time and I learned a lot about their culture. The Borobudur sunrise especially made my stay really worth the while. I will surely come back some time soon.

On to more adventures!

Which other places in Indonesia would you most like to visit?