Getting There Is Half The Battle

Sometimes it takes a while to appreciate your surroundings. I have met a lot of people that just want to get out of their rut and go somewhere new. I always used to hear about people moving away, getting a new job and leaving town or just wanting to travel to see new things. Even now, in my extended circle of family friends and acquaintances, I occasionally hear about someone leaving, but they almost always come back, to West Virginia that is. That never used to happen when I was younger.

I have lived in southern California [20 years], Virginia [2 years], Hawaii [4 years], Pennsylvania [18 years] and West Virginia [8 years]. I have traveled the country, from coast to coast and border to boarder. Not that I have any money mind you. In fact I am probably one of the poorest people you would ever meet. Not the poorest by a long shot, I have not actually ever been homeless, yet.

I did not even move to West Virginia because I wanted to, it was out of necessity. But the reality of the situation is that even with all the trials and tribulations that have been my life, I really do not want to be anywhere other than here at this moment in my life. West Virginia has proven to be a welcome surprise!

When I moved here I had no clue that I would learn to love it. I have always preferred living near a beach so my four years in Hawaii was totally awesome, but the weather is more variable in West Virginia. Luckily I live in the Mid-Ohio Valley which means that in the winter I do not usually experience more than a couple of inches of snow at any given time because Parkersburg is close to the Ohio and Kanawha Rivers. Additionally, in the summer we have been experiencing average temperatures in the 80's to higher 90's. We rarely experience temperatures in the 100's.

Things I See Every Day

Enough about me, let's talk about West Virginia. In my opinion some of the most beautiful places in the United States and probably the world are in West Virginia. We have fall foliage and spring green that lasts for an extended period of time because it starts in the valleys and works its way to the mountain peaks, which we have an abundance of in our state. We have a few bigger cities, such as Parkersburg where I live, and lots of small towns plus what we call back woods and hollers galore.

Parkersburg is the third largest city in West Virginia, but it still has that "small town" feel. A good portion of the city is classified as historical and lots of the neighborhoods are an eclectic mix of people from all walks of life. The Julia-ann District is basically historical homes abutted by equally historical business buildings while North End, South Side and Vienna all bring different flavors to the mix as far as newer, 20th century built, homes. I work in Charleston which is a real hike to get to from Parkersburg, but the pay is better and the commute is much nicer than anyplace I have ever lived. Now if I could just make enough money from home that would be ideal!

Parkersburg feels small town to me because it is very similar to how I grew up more than 30 years ago in cities like Covina, Fontana and Riverside in southern California. I even remember vast stretches of wooded and undeveloped areas as well as grape vineyards and orchards all over SoCal. Some of my favorite hangouts back then were very similar to the many natural areas still available all over West Virginia. As one of my co-workers now so aptly quoted, The only difference between California then and West Virginia now is Cali was brown in the summer and green in the winter, WV is brown in the winter and green in the summer.

The Rest of the State

I have found some really great pictures of things you can see in West Virginia. Each compass point has its own unique characteristics such as mild winters or cold enough to ski for a good portion of the Fall through Spring seasons. You can hunt, fish, boat, bike, hike, drive and off-road in some of the most beautiful and challenging locations. There is just way too much to include in just one hub about our fair state.

I have also included a video from the West Virginia Chamber about West Virginia from a bragging and informational point of view. Also make sure you check out the scenic pictures and my final excerpt about unusual things to see in and around Parkersburg WV!

Off Beat Landmarks in WV

Interesting places to see in WV 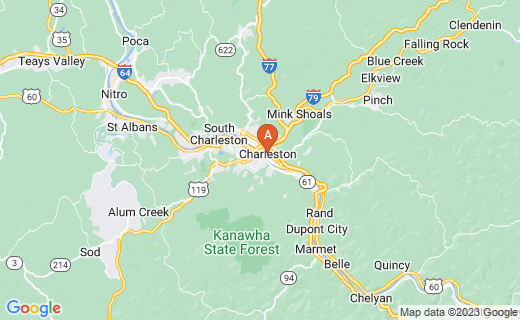