The World Pasty Championships competition was launched by the Eden Project in Cornwall in 2012, with a variety of competition levels, open to allcomers.This celebration of the humble Cornish pasty is spread over a two-day event in March each year, with pasty bakers and makers travelling from across the world to take part.

As a Cornish pasty is referred to an Oggy, the award winning ceremony of the championships are jokingly referred to as the Oggy Oscars.

As the pasty championships are open to everybody, why not join you:

YOU Can Take Part in the Cornwall Pasty Championships.

Whether you are a company, a chef, or an amateur, what's compulsive about the pasty championshps is that there is a category in which you can shine.

Making a Pasty Is Easy

The reality is, that making your own pasties is probably the easiest food you can make, requiring no equipment, no special cooking techniques and no training whatsoever.

If you are making pasties at home, you can even buy ready-made pastry. The ingredients themselves are put in raw. It really couldn't be easier than that! Place the raw ingredients into a circle of pastry and bake. That's it!

Beyond the basics, of course, you can make your own pastry, invent your own fillings, tweak and improve your fillings, until one day ..... YOUR pasties are the ones everybody's talking about and you can revel in the glory of that, knowing it's a dish you simply "throw together" with ease!

The Cornish Pasty and the Economy

The Cornish pasty is big - and serious - business in Cornwall, with over 100 million pasties being baked every year. The pasty making industry is worth a total of £65m per annum, equivalent to 3% of Cornwall's gross domestic product.

Pasties and The Cornish Pasty

The criteria to be legally labelled a Cornish pasty in the EU are:

If you see a Cornish pasty for sale, ask yourself - and the vendor if you dare - if it is genuinely a Cornish pasty, or if they're trading illegally as it is an offence to label a pasty as a cornish pasty unless it meets the strict criteria. 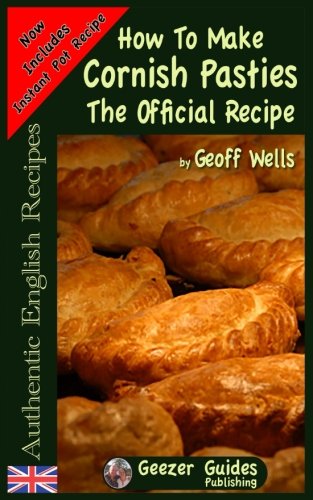 The inaugural contest had just four categories, which were expanded in 2013 due to the popularity and number of contestants. The current pasty championships' categories are:

Billy Deakin was an amateur pasty baker when he first entered the Pasty Championships in 2012 and won. Following his success, he started to compile and curate a book of Cornish Pasty Recipes, involving many local pasty makers and bakers.

Upon re-entering in 2013, Billy Deakin repeated his success and holding onto his title for another year. He is now publishing his book, which he is funding through a crowdsourcing initiative. Crowdsourcing with Kickstarter, enabling him to raise the necessary funds to self-publish, with each sponsor receiving a copy of his book.

The book is to be called: How to Make an Award Winning Cornish Pasty and contains:

"A history of the pasty from the earliest recorded recipes to the 2012 "Pasty Tax" scandal and more, along with an in depth discussion on ingredients, tips and tricks for getting a perfect crust and the all important crimp, fun pasty facts, a look at the fantastic work carried out by The Cornish Pasty Association and The Eden Project in championing this important part of Cornish heritage, and of course Billy Deakin's award winning pasty recipe"

How to Make an Award Winning Cornish Pasty will be available as a hardback in July/August 2013 and as a digital version in June/July 2013.