Yorkshire people have a modest little name for their vast county. They call it God's Own.

And the strange thing is that nobody else in the country ever takes them to task over such blatant self-publicity. It's almost as if there is a general acceptance that Yorkshire, England's largest county, really is God's Own County.

And it is certainly true that the county has more rolling green acres and outstanding natural beauty than one can shake a nobbly walking stick at as it encapsulates both the Yorkshire Dales and the North Yorks Moors, not to mention the rolling farmland of the Yorkshire Wolds.

The two National Parks of the Yorkshire Dales and the North York Moors together account for 1234 square miles of the county before taking into consideration that there is an awful lot of land left over that is either just common or garden beautiful or simply rather more prosaic.

This may not seem a lot in the light of the provinces, states or regions in other countries but given that Great Britain is a relatively small island you can see how Yorkshire takes up a substantial chunk of available land. 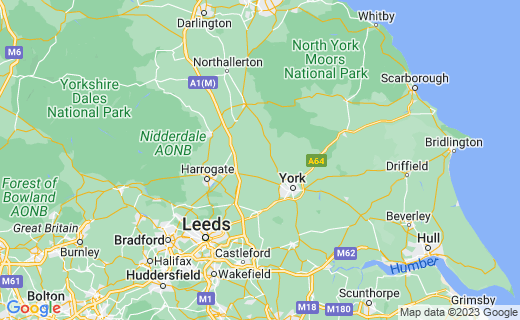 The warmth of Yorkshire folk

I have lived most of my life in Yorkshire but have been away from it for the last seven years apart from short visits home to see family.

Recently returning for a short holiday I was once again reminded of the warmth and amiability of the people who live there.

Yorkshire people will talk to anyone, even our cat who came with us in our motorhome.

It was a fact that both the cat and the motorhome were the star attraction and we often returned from an exploratory stroll to find someone trying to attract his attention as he was doing his ablutions on the wide shelf above the dashboard.

This would then necessitate a long and rambling discussion on cats we had all known as well as wistful wonderings from our new acquaintances about what it was like to own a motorhome.

It was only then that you realised the gypsy souls hidden in the most unimaginative-looking of bosoms ... if you see what I mean.

Yorkshire people have a directness of eye and speech which can be disconcerting to those of us more shrinking, shifty-eyed, retiring types. They do not mince their words and can be uncompromisingly blunt.

They call it straight-talking and it is not meant to hurt feelings, they are 'only saying'. They afford the listener the respect of treating them as one of themselves and as they would prefer honest talk, that's what they give out.

In business this boils down to their belief that time is money, or 'brass' as they term it, and they do not believe in prevarication or feebleness in discussion.

You make your bargain and seal it with handshake of spat-upon palms. Though in these times of stricter hygiene, saliva, as an adjunct to business dealings, may well have been dispensed with.

But such direct methods of communication means that you know where you stand with them. And were they not to like you, you would most certainly know of it.

Luckily they are, in the main, a large-hearted lot who always try to take people as they find them and will generously absorb most peculiarities of nature; the exception being anyone assuming any airs and graces to which they are not entitled.

These people will always have their bubble of pretentions firmly pricked and may even be treated to much humour, ribbing and a liberal dose of down to earth values depending on how seriously they take themselves.

Even the minor nobility of Yorkshire are treated with reserve rather than respect but then this does not seem to faze them in the least as they too are usually as practical and unpretentious as the people who work for them.

For most Yorkshire folk respect is afforded only when it is earned, not when it is expected as a right because of an inherited estate.

Hospitality as a way of life.

There are certain spurious rumours abroad that Yorkshire people are tight-fisted and, whilst it is certainly true that they can be careful with their cash, their hospitality to visitors is legendary.

This is even more in evidence if they come from a farming background.

As a child I was often sent down my grandmother's orchard with walking stick and basket on September Sundays to harvest enough brambles (blackberries) to make a pie as some friend or relation just happened to be passing her house at teatime.

It was indeed noticeable that as soon as the weather brightened in Spring, the relentless Sunday teatime traffic started despite her house being on the road to nowhere. You could almost set your calendar by it.

Of course my grandmother, coming from old farming stock, was rarely caught out. There was always a jelly made up and cakes baked every Saturday, just in case.

There would often be some cold roast beef left over from Sunday lunch but if not there was always an emergency tin of ham, pickles and mixed salad in the pantry. With a tin of evaporated milk for the jelly, lettuce and tomatoes from the greenhouse and finely cut slices of bread, an impromptu feast, to be eaten in the garden, could be rustled up in no time.

In autumn the visits turned into some sort of feeding frenzy as everyone knew that the added attraction of a freshly made fruit pie was likely to be on offer.

My grandparents thought nothing of feeding anyone and everyone who called despite having to live quite frugally and growing much of their own fruit and vegetables.

It was a way of life she had grown up with despite coming from the poverty stricken background of a farm labourer's large family, where meat was an infrequent luxury except for occasional bacon added to the ubiquitous vegetable stew.

Automatically accepting this duty of hospitality to callers may seem inexplicable to us now in our more self-centred society but it created a solid community and its passing is definitely to our loss.

Needless to say however this concept is still extant in Yorkshire where rapid change is fortunately viewed with extreme caution and the utmost distrust. 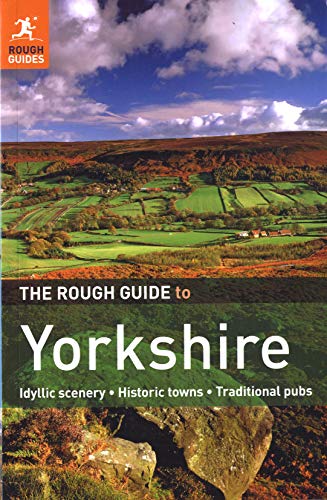 A slower pace of life.

It is probably true that change comes more slowly to rural Yorkshire than it does anywhere else in England due to this distrust of the modern age.

No true son (or daughter for that matter) of Yorkshire soil will part with hard-earned brass for any of its new-fangled inventions that they fear will either overwhelm them with their complexity or even worse, turn out to be completely unnecessary to the way they live their lives.

So, rural Yorkshire lives on as testament to a more innocent time, a time before it became necessary to chat and interact virtually with people in far away places. And this is all part of its inimitable charm.

The end of an era.

Sadly there is little doubt that this way of life is now under serious threat and seems doomed to die out as the older, and thus more stubborn, generation passes on.

Their steadfast unwillingness to get sucked into the ways of modern life, their olde-world generosity to visitors and the loyal commitment to an ancient but reassuring system of working will one day become a casualty of the internet age.

And whilst we are aware of the many benefits of life today, it does seem fitting now to recognise the kindness, honesty and innocence of this Yorkshire way of life and to mourn its slow passing before it is irrevocably gone forever.