What to see in Zanzibar?

Zanzibar Holidays: Zanzibar is an Island located in Tanzania in East Africa in Indian Ocean. Zanzibar Island and Taganyka joined together and formed Union Republic of Tanzania in the year 1964. Zanzibar has its own government and administration . This beautiful Island is a tourists' paradise. People from all over the world throng this charming Island to spend a memorable time there by enjoying the beauty and learning about the fascinating history and culture of Zanzibar, derived by the influence of several cultures and civilizations plied this land for slaves and spices over centuries. Zanzibar is an archipelago comprising of several small islands. Among them Unguja and Pemba are more important. 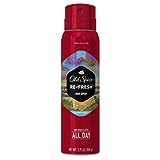 Stone Town is a major attraction in Zanzibar. It is an old town, which has now got the UNESCO World Heritage tag, is known as a world leader in terms of spice production.Apart from this, there are several places to see in Stone Town. Walking through the narrow roads itself is a pleasure to see the well-preserved ancient wooden houses, built in 19th centuries, with intrinsically carved and brass studded doors, known as Zanzibar doors. Several souvenir shops displaying various arts and crafts of Zanzibar and the neatly packed spice packets.

The Aga Khan Mosque - located in the center of Stone town, which is a blend of European and Gothic style of architecture.

Anglican Cathedral Church of Christ - built in built in 1873 with its unique barrel vault roof, by the third Bishop of Zanzibar Edward Steere.

Beit el-Ajaib (House of Wonders) - This old fort was built by Sultan Barghash on the site of former Zanzibar Queen Fatuma’s residence in 1883. This was the first building in Zanzibar to have electricity and an elevator.

Palace Museum - This building is located on the Harbor Road, and it was the most recent of the Sultans’ Palaces. It was occupied until 1964 by the last members of the dynasty. The exhibits of the Museum include many Zanzibar's memorabilia and Dr. David Livingstone’s medical chest from the Zambezi expeditions.

The tourists can get involved in various recreational activities in Zanzibar such as water sports. Island expeditions, scuba diving, dhow cruises, swimming, sun bathing and sailing in the Indian Ocean are some of the water sports this charming Island offers to the tourists.

Spice Plantation Tour - Another important attraction is the visit to the spice plantation. Fragrant and aromatic species, such as cloves, nutmeg, chilies, black pepper, ginger,and cinnamon, are grown here. Because of this Zanzibar is also known as Spice Island. Zanzibar was once the spice capital of the world, and still is the major exporter of cloves.

Magic Land of Zanzibar is a mini-guide from personal travel. You may find it helpful.

There are several beautiful beaches in Zanzibar. Some of the gorgeous beaches are Nungwi, Bwejuu, Jembiyani beach, and Mnemba Island. All these beaches have accommodation facility. These pristine beaches are a great tourist attraction to Zanzibar.

If you happen to visit in June-July, you can also get a chance to see the important festival of Zanzibar called Zanzibar International Film Festival of Dhow Countries. These countries are African Continent, The Gulf States, Iran, India, Pakistan and the Islands of the Indian Ocean. This annual festival is held from 30 June to 9th July every year. Apart from the traditional music and theatre, paintings, crafts and sculptures are also displayed during the festival.

Our guide told us that the orange coconuts of this tree are used for the purpose of tender coconut water only and not used like other coconuts.

Zanzibar Hotels: There are several hotels in Zanzibar to cater the needs of all types of budgets, such as Zanzibar Serena Inn, Mbweni Ruins Hotel, Hideaway of Nungwei Resort & spa, Zanzibar Grand Palace Hotel etc.