"One Billion Customers, but Not for Thee" was how The Economist not many years ago headed a section of a long study of doing business in China. The point of course was that China is not an open society when it comes to establishing commercial enterprises. If you are looking to increase your customer base, and those 1.3 billion consumers in the Middle Kingdom seem like the perfect target, think again. It won't be easy.

In fact almost no country is completely open to foreign-base businesses, but in China the obstacles are distinctive and merit careful study.

The books in this series can be viewed, then, as part of that careful study, something to get you going before you go.

They are a widely varying group of books, but consider this diversity a virtue because if you are interested in proceeding in China, the path is not highly illuminated and you need to be able to deal with a multitude of factors.

"A Bull in China"

A lot has happened since Rogers published this book. Double digit yearly growth appeared to be without end back then. A contrarian then wrote about shorting China. What that punter predicted hasn't happened, though current predictions are that the problems in the world economy have doomed China to single digit growth in the future.

Despite all this, Rogers' book is still worth reading. Hie identifies what he considers the "Red Chip" companies. Surprisingly, these are not all manufacturers or merchandisers, but include Yantu Changyu, the county's largest winemaker. In true Chinese style, the company can also be viewed as a medicine company, including its "Healthy Liquor" line, which accompanies a wide variety of traditional herbal medicines. His argument is that with more money in their pockets, these are the sorts of products Chinese will buy.

But in addition to buying shares in Chinese companies, there is also the option of taking your company's products to China to make money, if of course you own a company or have influence. Here Rogers provides advice, information on steps to follow if you want to export something to China. Also if you want to invest there.

I quote: "this is not a catalog of hot tips or even ecommendations"; rather, his book is a "survey of happenings." True enough because It is also full of background information, such as information on the different (and confusing) classes of shares traded on China's stock exchanges.

Often it is difficult to distinguish between the hot tips he claims to be shunning and the advice he is dishing out. For example, he lists companies of interest which are relevant to points he's making. It isn't hard to compile these into a list and to treat them as stocks to watch.. He recommends Hong Kong as the place of purchase, particularly as few of these companies are yet available as ADRs on the NYSE.

It is interesting to note that some of the companies he discusses are those that feed products to what can be called the military-industrial complex of China. It is hard to disagree that the military in this huge, fast-growing country is likely to grow. How about the energy sector? Obviously this is high on Rogers' list. So too are companies which are going to have to deal with China's huge water problem. And so too the five companies he says are China's foremost innovators. Tourism and its handmaiden, transportation, are covered. Nor does he neglect agriculture, alway a very large segment of China's economy.

A Bull in China: Investing Profitably in the World's Greatest Market
Buy Now

"China: We All Fall Down"

This book could not be a more perfect companion to the previous book, and could indeed with some justification be called "A Bear in China."

This one also is rapidly aging, but the analysis it presents -- even much of the experience it recounts -- has staying power.

In many ways, this one is more about the USA than it is about China, which is to some extent used as a foil for the problems faced by our domestic economy. All this despite the fact that the author had eighteen years of experience in Asia at the time he wrote this book and published it in 2005. His experience included getting government approval for various business projects in Korea as well as China, including establishing manufacturing plants.

The subtitle says a lot: "Economic Dream Turned Nightmare." But the conclusion drawn is about the failures of back home, prominently the titanic trade deficit America has run up and the loss of so many obs in the domestic economy. A very large part of this is the downfall of the domestic manufacturing sector.

All of this is made worse by the great difficulty of penetrating the China market, in the author's view. The author, in fact, expresses doubt that foreign enterprises will ever be able to successfully penetrate this huge market.

One of the reasons the book retains value now, despite being old not in an absolute sense but in the relative sense of a new book about China every day, is that it contains a scenario predicted for the year 2025.

Surprise! -- in 2025, Wal-mart is now Wang-mart and China owns pretty much everything in the US. 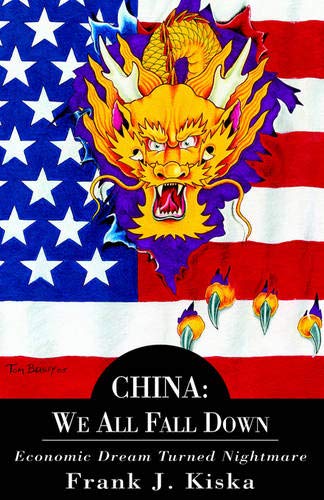 The author has an unusual background for someone who is writing a biz book. He was originally a physics teacher, but one who came to China way back in 1989. a propitious year for commercial China. The nation was busy adding "Chinese characteristics" to Communism, characteristics which smacked remarkably of Capitalism. Shenzhen, a direct clone of capitalist (and British) Hong Kong, was being created just across the political boundary that separates the two.

Leblanc took the opportunity to move from observer to participant, an entrepreneur. "Seize the day!" can be said to be his motto. This gives him precisely the perspective which others who want to try to do business in China need. Organized into ten chapters, the book describes different circumstances that foreign investors in China are likely to encounter. Corruption, personnel issues, intellectual property -- three examples of what the book deals with. And it deals with these in a useful case-study way.

Even more valuable is the fact that the cases are not hypothetical ones but are in fact based on experience, in some cases his own personal experience, in other cases that of people he knows. There's a main message -- it is essential to plan thoroughly and to make every possible effort to identify everything that can go wrong. Nor is he shy about propounding the very basic fact that cultural differences are foremost in all this and will make the planning and the attempt to think ahead very difficult

The book is engagingly written, unusual for a biz book full of such practical advice..

Series within series, actually. Food & Cooking, for example, then -- within that -- series on vegetables, fruits, seafood, meat, etc. Books, too. Ideas, too. Travel, too. Click on "featured" at the top of the right-hand column, under my profile, for examples. All in all series can be found, organized by floor, in Lee White's Department Stone. Happy shopping! -- everything is for free!