I stepped off the plane and entered Chengdu, the capital city of Sichuan province, it was 8pm Chinese time and I had been travelling for 16 hours and was was definitely starting to feel the eight hour time difference. It was midday in the UK and my body was telling me that I was still home and hungry for lunch despite being fed like a king on the plane. I flew from Aberdeen to Manchester with Flybe, then Manchester to Abu Dhabi and finally Abu Dhabi to Chengdu (both with Etihad Airways), they are the same company so it meant my two huge suitcases would go all the way to the other end without me having to check it in again.

I finally made it off the plane and into Chengdu, China, the land of spicy food and home to the Panda's - so every taxi kept telling me. I was picked up by my boss who took me to a hotel, this was all arranged and paid for by the company, I would spend the next week here with a few others doing a TEFL course which would then allow me to teach with the company. Once the TEFL course started we met our welfare officers who would help us find a flat, we had to share as we were told China doesn't do one bed apartments (a total myth, there's lots!). So I had to share with a couple of Americans and we got a nice flat in a neighbourhood called Tongzilin (you can see the map below). It was near all our centres so it was an ideal location. Our company gave us housing allowance which helped. However finding a flatmate after knowing them only two days felt rushed and ended badly for me - I had to move out and find another place to live.

Once the TEFL course was complete there was a lot of signing contracts and official things to do but then we got introduced to our centres and we began to work.

Those first few weeks were daunting and tough. Meeting such small kids with no experience of a foreigner before is strange. The adults can be just as bad. A lot of Chinese adults (aged maybe 20 upwards) have never seen anyone other that another Asian before so they stare. A lot! And they take your picture without asking you, and occasionally they will burst into your toilet cubical to see how you cope with squatty potty - I had that happen once so I shouted at the woman and told her how rude she was. Needless to say she got the message. Although I did start telling anyone that wanted my photo I charged. I charged 100yuan which is about £10 per photo. Some were willing to pay but I just walked away. For me it's about my privacy not making money.

Chengdu is a world away from anything I'm used to in the west. It's loud, dirty, smelly and unapologetic. It took me a while to settle into this strange land and get used to the people's way of doing things; spitting on the street and reliving yourself on the pavement are just every day normalcies here and can shock your system. But you soon get used to it out of a need to. I knew some foreigners who refused to adjust even a little bit and they were miserable here. I'm not saying it's right or healthy (from a western point of view) to let your child poo on the street, but it does happen and if you want to live here you had better find a way to cope. 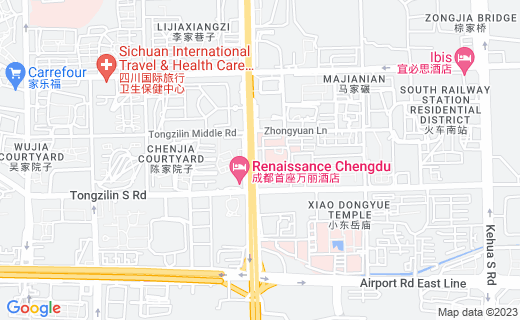 Stepping off the plane in Chengdu, discovering Hot Pot, loving Sichuan pepper and coping with the sights and smells. This wan't going to be an ordinary city!

The food was wonderful though. A lot of the other foreigners who I was with kept complaining, "It's too spicy", "why can't I get a knife and fork?", "It says beef, but I bet it's not". I had to contain myself. I was the only one who was willing to accept the food for what it was because I did a bit of research before I left the UK. I knew that they would eat with chopsticks and I knew that in Sichuan, when it says "beef" it's because it is beef. I was very easy going to begin with and accepted a lot of things my new colleagues wouldn't. 火锅 huoguo (said like Hoa Goa) or "hot pot" in English has to be my favourite Sichuan dish. It's a super spicy broth made with stock, chillies and 花椒 hua jiao (said hwa ji-ao) or Sichuan pepper which is the famous numbing pepper that most hate, but I love. Hot Pot is really a family affair, every one sits together with the boiling spicy broth in the middle and you order raw food. The raw meat, tofu and vegetables (most commonly odered by Sichuan people) is then placed into the broth to cook. Once cooked you use your chopsticks to fish out what you want, dip it into a mixture of cold oil, garlic, maybe more chilli sauce, vinegar and if you like some herbs. It is a wonderful experience that you can only have in Sichuan. Many of colleagues have said they've tried hot pot in other provinces but it's only an imitation. There must be something about Sichuan hot pot that is just right.

On my travels I did find some beetles to eat, deep fired and skewered, but I didn't give it a go. Even though you can find them, they are not a delicacy here in Sichuan. They will stick to the usual beef or chicken and even chicken feet, or rabbits head. But whatever you do eat, it will be spicy and numbing!