Tourist attractions in Argentina are spread all across the country, and every province has something special to offer to its visitors. The following list of Argentine tourist attractions only aims to give you some ideas about all that Argentina has to offer.

Bariloche is the most important tourist city of Patagonia. It is situated in the middle of the Nahuelt Huapi National Park and it is a must place to go for climbers and trekkers. The Refugio Frey is the base camp for climbers at Cerro Catedral. It is located at the mouth of a broad basin and commands spectacular sights of the valley and lakes bellow and of the spires of perfect granite of Cerro Catedral.

The Quilmes were Calchaqui indigenous that inhabited the current Tucuman province in the Argenine North until they were defeated by the Spanish colonists in 1665. About their culture, we can still know the ruins of the fortress on the Alto del Rey hill. The Quilmes ruins occupy about 30 hectares and in the middle of the seventeen century they had a population of about 3000 people.

Malargue is a town located in the province of Mendoza, roughly 370km south from the provincial capital. There are many natural features to visit in the surrounding areas of Malargue. The video above shows one of them: the Pozo de las Animas (Pit of the souls) a strange geomorphologic formation named "dolina." It consists of two depressions with mirrors of water on the bottom.

To know more about Argentina check: 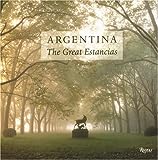 Hardly inhabited the northwest part of the province of Santa Cruz in Patagonia hides many attractions. One of the most important is a series of caves with paintings of prehistoric rock art. Among them stands out The Cave of the Hands, it shows hundreds of stenciled human hands printed over its walls.

Misiones, a province in the northeast side of Argentina, is famous for the Iguazu falls; however they are not the only spectacular waterfalls in the province. In the Uruguay River that marks the border with Brazil are found the Moconá Falls. They are impressive falls in the middle of the jungle with the strange characteristic of being parallel to the Uruguay River contrary to all the rest.