Getting a residence permit in Turkey

How to Stay Long Term in Turkey

Turkey is a great place to visit - but be careful - it will capture your heart and might give you the desire to live here long term.

Turkey grants tourist visas to people from many countries for up to 3 months. Some are free, while citizens of some countries pay a visa fee at border gates. It is usually on a reciprocal basis, so if Turks have to pay for a visa for your country then you need to pay to visit Turkey. Visitors from other countries will need to apply for a visa in advance. The Turkish Ministry of Foreign Affairs lists visa requirements for each country on their website. Consult your local Turkish embassy or consulate for more information.

To stay longer in Turkey for tourism, study, work or retirement, you need a residence permit (called an ikamet in Turkish). Depending on your circumstances, you can get residence from 1 month to 5 years.

During 2014, the processing of residence permits in Turkey is changing from the Foreigners Department of the Turkish National Police to the General Directorate of Migration Management. All of the below information is out of date and different rules and procedures may be in place. I will provide a full update of the situation in November after I renew my residency.

Buy books about living in Turkey 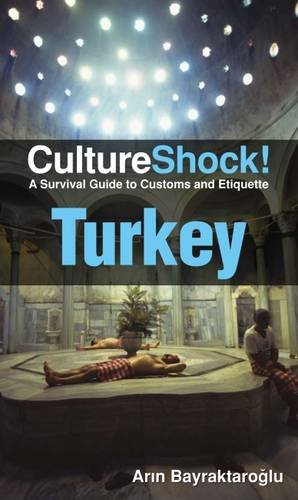 One of the recent developments relating to residence permits is that Health and Social Security Insurance cover is required if you have been in Turkey for more than 1 year on a residence permit. You will need to register with the Turkish social security system and pay premiums into one of their schemes if you do not have insurance cover.

You usually apply for visas outside of Turkey, though passport holders of many countries can buy a tourist visa when they enter Turkey.

To stay for longer than your tourist visa allows or if you are coming to Turkey on a work or student visa, you apply for a residence permit in Turkey.

The offices are usually open weekdays from 9am to 12pm and 1pm to 5pm. The cashier may close earlier (4:30pm in Izmir).

Busy times are the beginning of the academic year.

Take a book or something to do while you wait in the queue. You could be there for almost 3 hours at the busiest times.

What you need for a residence permit

If you bring the following, it may save you several trips.

Warning: Rules may change without notice!

Each year that I have renewed the residence permits for my family, there have been extra papers required or slightly different rules. Be prepared to have to visit the foreigners department several times per application.

What happens during the process

What to expect when you are applying for a residence permit. This process may vary for different locations in Turkey.

Children born to foreigners in Turkey have only 30 days (instead of the usual tourist visa of up to 90 days) to get a residence permit so you need to apply for their citizenship and passport with your own country as soon as possible.

When the child leaves Turkey for the first time there may be confusion as to where their entry stamp is in their passport. Make sure you have their ikamet too for passport control.

Our daughter was born in Turkey in 2005. We discovered late that we needed to apply for her residence permit within the first month and so we had to pay a small fine for the period from 1 month after her birth until the date stamp on the residence permit application. The police at foreigners' department were OK with having to wait for her citizenship documents and passport to come. Having the application started was important for them.

Without a passport she could not leave the country, but also could not get an ikamet until it arrived. Delays with getting a photo that met the new biometric passport requirements and holidays in our home country meant our daughter was a stateless person for few months.

When our daughter turned 5 years old we had to get a new passport for her and renew her ikamet again.

More information on Getting a residence permit in Turkey

You ikamet can only be issued for as long as your passport is valid.

If your passport will expire soon, you might want to renew it before you apply for the residence permit.

To follow up my last residence permit renewal a police officer visited my apartment today for the routine check to confirm that I live here.

Another renewal with long waits

My residence permit is currently being renewed. I visited the foreigners department just after lunch on a Wednesday and waited 2.5 hours in the queue. I was missing a document and the photos I had were too big so I had to return a couple of days later to wait another 1.5 hours in the morning. With the Kurban Bayram and Cumhuriyet Bayram holidays, and the large number of people they were processing, I was told to come back in a month. Current price for holders of OPEC country passports 1 year renewal = 85 USD.

We went to get our son's eyes tested and discovered that the universal health system in Turkey, administered by SGK requires a current residence permit. Our son's permit was only valid to the expiry date of his passport and his passport was recently renewed. We spent 1 hour waiting at the Foreigners Department and had to come back the next day to wait another hour to submit a document proving his school enrollment and signatures from both parents. His residence permission will be extended until we renew our permits for the whole family again in October. After 10 working days we expect to get the permit back and will then go to SGK to update his documents there.

In October, I renewed my residence permit. Paperwork requirements were similar to previous years but the fees were greatly reduced. Today the police visited to confirm the details.

There have been some reports of people paying reduced fees to renew their residence permits in Turkey. Turkey has reciprocal arrangements with some countries so the reductions might only apply to certain countries. Check the current pricing with the foreigners department when you apply.

My daughter's new shiny passport arrived last month and about 10 days ago I took it, her residence permit that was expiring, two photos and proof she was still in school to the foreigners department. I filled in two standard forms and got a photocopy of the first page of her new passport and handed everything over. They gave me slip of paper with my daughter's name and the date. Today I took the slip of paper in and signed that I had received the passport and residence permit back. An easy and straight-forward renewal this time.

My daughter can now stay in Turkey with the whole family until our permits expire again in October.

My daughter's passport expires at the end of the month. When we renewed her residence permit a few months ago, they could only issue it for time left on the passport. So about a month ago we took the photographs and filled in the forms for her passport renewal and sent them away. Her new passport arrived back last week and so we will go through the process for her again. We expect her residence will be extended until October to synchronize with the rest of the family.

Five weeks after I picked up my residence permit I got a message from the local police station to go and visit them to show my passport and ikamet and answer some questions:

They had tried to visit me but I was out. There was a week of holidays between getting my residence permit and the visit. Usually the home visit is closer to the time of the residence permit being issued.

After a short wait in the queue, I handed over the slips of paper I got on the last visit, told the clerk which country I am from and she found my passport, residence permit and paperwork. I signed two papers to indicate I had received my residence permit book and passport back and now I can stay in Turkey until this time next year.

The TC Kimlik Number is your Turkish national identity number.

You can get the TC Kimlik No for foreigners from this page on the Ministry of Interior website. Enter your year of birth in Doğum Yılı and Residence permit number in İkamet Tezkere No.

Take your ikamet with you. Passport control will want to see it especially if you have stayed longer than you are allowed on your tourist visa.

Share your experience or tips for getting a residence permit in Turkey.