It was on June 25, 1908, that the first train arrived in Quito, having traveled all the way from Guayaquil, a city on the coast of Ecuador, to the country's capital city on newly laid tracks completed by Guayaquil and Quito Railway Company. Starting from DurÃ¡n, a city on the east bank of the Guayas River opposite Guayaquil, the 280-mile railroad journey was a steep climb starting from about sea level and rising to almost 12,000 feet in elevation at its highest point of Urbina, the final destination being Quito, at a 9,350-foot elevation. This completion of the railway line linking Ecuador's capital city to its most important port required a herculean effort financed by U.S. investors, marking the completion of a decades long struggle of Ecuadorans to modernize transportation. The Guayaquil and Quito Railway Company, a New Jersey-based corporation by U.S. financier Archer Harman and other investors, was hired by Ecuadoran President Eloy Alfaro in 1897. Upon completion the railway line reduced to about two days a journey that previously took about 20 days.

Born in Staunton, Virginia, in about 1859, Archer Harman (1859-1912) is described as something of a cross between a post-Civil War southern gentleman and a Gilded Age entrepreneur by Carlos Espinosa, coordinator of the international relations program at U.S.F.Q., author of an article lauding Harman's role in the modernization of Ecuador at the beginning of the 20th century. Espinosa did a lot of research on Harman's family, learning that Harman was the son of Confederate soldiers. Two of Harman's uncles were soldiers in the Mexican-American War of 1847 and in 1860, at the outset of the Civil War, his father, Ascher Harman, along with four Harman brothers - Michael, John Alexander, William Henry, and Thomas Lewis - enlisted in a North Virginia regiment under the leadership of Confederate General Robert E. Lee. Despite some Union sympathies, the Harmans were a slave-holding family with deep roots in Virginia, a state heading the Confederate cause. Col. Ascher Harman was captured by Northern forces during the Battle of Antietam and spent a year and a half a prisoner of war in Ohio and two of his brothers died. After witnessing Northern victories as a boy, and motivated by his family's financial ruin, Archer, after attending the Virginia Military Institute and marrying Mary Livingston Lee, a relative of Robert E. Lee, chose for himself a business career and spent many years working for railroad contractors. He obtained the contract to build the Colorado Midland Railroad and also worked with Colin Huntington, builder of the Chesapeake-Ohio railroad line. Archer's brother John, however, chose a military career. After attending Augusta Military Institute and later West Point, where he was trained as a civil engineer, John fought in Cuba during the Spanish-American War of 1898 and attained the rank of major. John would later serve as chief engineer of the Ecuadoran railroad project. By the time Archer Harman first arrived in Ecuador he was 38 years old. 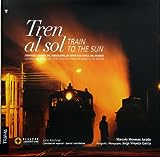 Train to the Sun (English and Spanish Edition)
Buy Now

It was in 1861 that Ecuadoran President Gabriel Garcia Moreno commissioned the country's first railroad construction project. The first section of railroad tracks opened between Duran and Milagro in 1873, and reached Bucay in 1888. However, for the railroad line to reach Quito, a city high in the foothills of the Andes Mountains, a more strenuous effort would be necessary. President Eloy Alfaro sought the advice of Col. William Findlay Shunk, a well-known North American engineer who had designed the New York El and who in 1892 was surveying possible north-south routes for an InterContinental Railway project. Although that project was never built, it is thought that Shunk's connections may have helped to bring the Ecuadorans into contact with Archer Harman, a railroad manager and financier. The story is told that Ecuador's consul first chanced to encounter Harman at a New York City bar and during a game of billiards suggested an Ecuadoran railway.

In 1897 Harman traveled to Ecuador and surveyed the proposed route in a five-day journey by horse or mule. In Quito he met with President Eloy Alfaro and worked out a contract, the Valdivieso-Harman agreement. After these initial terms had been worked out, Harman recruited a team of investors for the Guayaquil and Quito Railway Company, which was incorporated in the state of New Jersey. Espinosa says the investors included: E. Hope Norton, heir of a banking family; George Hoadley, an ex-governor of Ohio; and Peter Cooper Hewitt, son of an ex-mayor of New York City. Harman's obituary in the "New York Times," which quotes freely from his "Wall Street friends," mentions Colin Huntington and Abram S. Hewitt as among the investors. Harman also went to Europe's financial markets to negotiate a buyback of older Ecuadoran debt incurred during that country's war of independence earlier in the 19th century. The old English bonds were retired, the previous bondholders being willing to accept a partial cash amount rather than continue holding bonds that perhaps could not be reimbursed at full value. According to Espinosa, the retirement of the old debt helped make the railroad project a reality. The railroad project was not without controversy. Many of the contract provisions had to be arbitrated later and some critics of the railroad point to long delays and disputes over the quality of construction and materials. Ultimately, President Eloy Alfaro, the man responsible for the ambitious railroad project, fell out of political favor and was removed from office in 1911. When he tried to stage a coup and regain power, he was imprisoned and later killed by a mob of soldiers who broke into the prison where he was held, dragged his body through the city streets. But a decade earlier Alfaro had wielded enormous power in advocating for the railroad project, hailing the retirement of the old debt as an important step toward modernization.

The G&Q was to rehabilitate Ecuador's existing railroad segments and complete the railroad line from Guayaquil to Quito. Archer Harman and his brother, Major John A. Harman, Col. Shunk's son-in-law, helped bring to reality Alfaro's ambitious plan of building a transportation link between Quito and Guayaquil. The railroad was one part of the liberal politician's ambitious plan. Although the contract originally called for a six-year construction program, it took another 11 years before the locomotives finally started arriving in Quito in 1908. About 4,000 Caribbean workers, most of them from Jamaica, were brought to Ecuador to work on the most difficult section of the railroad, the ascent from Bucay to Alausi, which required cutting a series of zigzagging switchbacks into the mountainside to allow the trains to climb past the steep geological formation known as Devil's Nose. During the construction work, many workers died of tropical diseases, including John Harman and his assistant. The G&Q Railway Co. managed the railroad for several years after its completion but turned over the management of the railroad to the Ecuadoran government in about 1925. The railroad line, which never in its hundred-year history turned a profit, was later managed by the Southern Division of EFE (Empresa de Ferrocarriles Ecuatorianos, which means Ecuadoran Railroads Company), and currently FEEP (Ferrocarriles Ecuatorianos Empresa Publica).

“Be pleased to accept my earnest congratulations on completion of the railway to Quito. May this great achievement enhance the prosperity of Ecuador.”

“I am deeply grateful to you for your sincere and expressive congratulation. We are following here, to the extent of our powers, the handsome example of the great nation you are governing, which is prosperous by virtue of the law and because of its railroads. We have come nearer to you and we shall come nearer still by means of commercial treaties which will be mutually advantageous now that we have a new bond of union.”

Construction of the retaining wall of the Chucos Bridge was overseen by Mr. Lenard

On the Reading Railroad

The Guayaquil & Quito railway company, Ecuador, S.A. Views of the country and construction of the line
Buy Now

Consular records of 1917 list Robert Lenard, born in 1870 at Youngstown, Ohio, as chief engineer for the G & Q Railway Co. Mr. Lenard lived in Central America from 1896 to 1899 and in Panama from 1899 to 1905, when he reportedly took up residence at Huigra, the Ecuadoran city that housed many of the railroad workers during the construction and afterwards. The file includes renewal cards through 1921. The December 1918 issue of "The South American: A Journal for all Interested in Latin American Affairs" includes photos of the railroad's great washout and also says that Mr. Lenard supervised the construction of a 114-foot retaining wall on one side of the Los Chucos bridge that is 114 feet high, which is lauded as the largest such masonry work of any railway in the Americas. The 1917 documents also list Tony McCray, described as a 56-year-old black man born in Wheeling, West Virginia, but with a permanent residence listed at Montgomery, Alabama. Tony was a widower with two sons, Tony and Emmett, residing at Pensacola, Fla.

The Route from Guayaquil to Quito 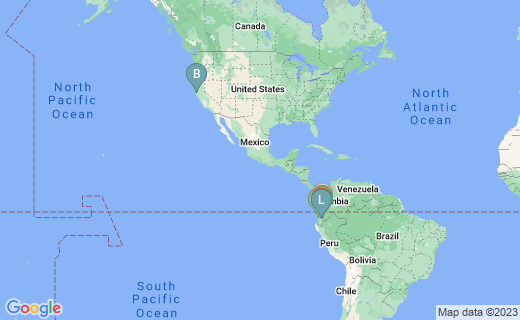