Places with a rich history are some of the best places to visit. They feeling that comes with walking roads that were made hundreds if not thousands of years before is almost indescribable. You wonder about all those who have walked there before you, who they were and what there lives were like. Of course, you can never really know the answers to those questions, but it is still fun to think about it. Then again, some of the people may never have left. Sightings of ghostly apparitions are regularly spotted all over the world. Are the imprints of the people who once walked the Earth or are they actual souls who chose/trapped in this world? Again, we'll probably never know, but it can be an interesting experience to witness such things.

Of all the haunted places in Georgia, Savannah is the most well known. It is one of the many reason tourists flock to this historic town. If you want to experience the paranormal, rent a room in any of the hotels that pride themselves on their ghosts. The 1790 Inn is one such place. The spirit of a woman named Anna powers is said to haunt a specific room. The story of her death varies depending on who you ask; she either threw herself from her bedroom window when a sailor she fell in love left her behind. Or her husband threw her from the window when he found out about her affair. The Marshall House is another place that is know for its ghostly inhabitants. It has been used as a hospital several times in it's history and some of the patients apparently never left.

This hotel has been open since 1888 and has always been an upper class getaway. Rooms here do not come cheap, but several spirits are believed to walk it's halls. One such spirit is thought to be that of Samuel Spencer, president of the Southern Railroad Company. He spent enough time there in his life that he had his own room and even a routine that he apparently still follows in death. When people stay in his room, sometimes they will find a cup of coffee waiting for them in the morning. Other times they will find someone has been sipping at their already poured cup, even when they are alone. Another ghost is believed to be a bellhop from the 1930s, though no one knows his name. He likes to offer newlywed grooms freshly cleaned and pressed suits.

The Village Inn Bed and Breakfast

Built in the 1830s, this place has a long history. This place seems to have an average haunting, if any haunting can be considered average. Windows and doors open and close on their own, faucets and ceiling fans turn off and on, and ghostly figures have been spotted moving about. No one is quite sure of the names of the people who are haunting the inn or why they are still there. However it adds to the history of the build and no one is complaining. Perhaps if you chance a visit you'll get to see something out of the ordinary.

This location, like all others like it, has a terrible history. It was once a Confederate prisoner of war camp. It is also home to the Andersonville National Cemetery and the National Prisoner of War Museum. To say that this place is connected to the death in a big way would be an understatement. All types of paranormal activity has been recorded here, from the innocent to the violent. Many of the original buildings are still standing, including old sleeping quarters, which is where the most of the negative experiences has happened. People have been tripped, hit, scratched and other attacks have been reported. If you are looking for a good scare, this may be the place to look.

According to the local lore The Partridge Inn is haunted by the spirit of a woman who died of a broken heart. She had just finished dressing for her wedding when she received word of the death of her fiancé. He had been shot on his way into town by a soldier who mistook him for someone else. She apparently never took her wedding dress off, and a few weeks later when she to passed away, she was buried in it. Reports claim that she is still seen wandering the building in grounds, still in her wedding dress and still waiting for her groom.

Ghosts of The South

Do you want to see ghosts of the south?

Originally built in 1808 it was destroyed in 1862 by the confederate army. By 1872 it was rebuilt and in use. In the 1880s an man named Frederick Osborne and his assistant worked and lived in the lighthouse with their families. For the most part both groups got along fairly well. It wasn't until Frederick spoke inappropriately to his assistants wife one night at dinner that things went bad. During the argument that followed Frederick was shot and killed. Though the assistant was arrested, a jury found him not guilty due to the nature of the comment and argument. It wasn't long after that strange things began happening around the lighthouse. Including sightings of Frederick still trying to tend to his old work. Today the lighthouse is open to the public and people still claim to see him going about his business.

Ghost of the Past

Our past is always going to remain behind us. People of today's world can not truly understand what it was to live in a time before the advent of technology. We can try, but our understanding is shallow. Our entire culture, and really the world, live in a way so far removed from our ancestors that it is hard to grasp. Sometimes though, we get glimpses and in those moments history walks. Hopefully, through those, we can gain a little understanding and perhaps something more. 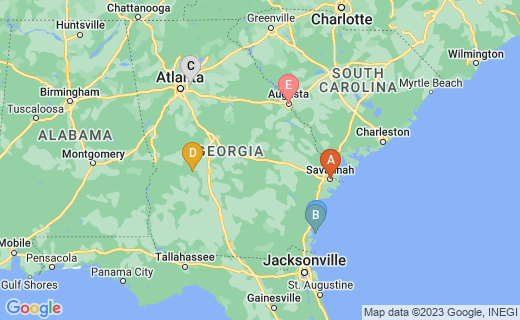