Heritage Tourism, in my view

Heritage Tourism in the USA - though it is just one country in a wide, wide world

This is the first of a number of presentations I expect to make in my Heritage Tourism in the USA series. As I add additional presentations, they will be added here via links. Stop back regularly to enjoy the new presentations as well as those already here.

Heritage Tourism is defined by different folks in different ways - I'll provide some links below to help you understand this even better.

Each state in the nation has a distinctive set of heritage sites worth experiencing and the intent of this set of presentations is to recommend some of them. Cultural, historic and natural sites are the foundation of Heritage Tourism, but each person has their particular interests. I hope you will share your thoughts as we move through this exciting adventure, together! ;-)

I have listed some related lenses already available for your viewing pleasure. Enjoy them today.

What do we mean by Heritage Tourism? - Notice the broader view around the world - not just the USA

Here I want to share some links providing a variety of views of Heritage Tourism, with definitions and examples. I encourage you to look them over, form your own observations and opinions, then come along with to see how I view the subject. I hope you enjoy the trip.

How about the Civil War Sesquicentennial?

What was happening 150 years ago? Can I visit the site?

As I am writing this paragraph it was 150 year and ten days ago that the Battle of Shiloh, near Pittsburg Landing, in Tennessee was fought.

Confederate General Albert Sydney Johnston died in the conflict. He was the highest ranking officer, either Union or Confederate, to die in the entire war. He was a relative of mine; the only one of which I am currently certain, that fought on the Confederate side. That is some heritage! ;-)

Image of the Battle of Shiloh courtesy of Wikipedia Commons. Click photo for website regarding the battle. 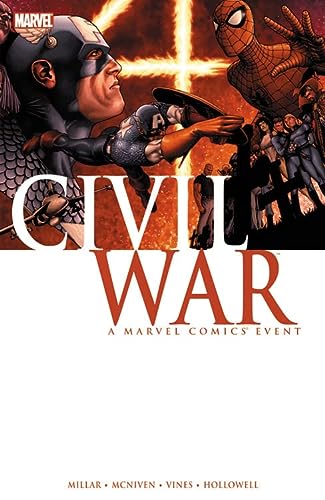 Over the next couple of years there will be several opportunities to visit sites related to this Bicentennial recognition. It all is beginning in New Orleans, and will end in New Orleans, of course, celebrating Gen. Jackson's victory over the British there.

Much of the activity took place in Canada and the two nations are cooperating in making heritage tourism opportunities available to you and me.

What will you choose to do?

War of 1812 - Washington was attacked by the British Army

This is an amazing photo from the War of 1812 era - shortly after the British army had set our Capital on fire. Click on the image to go to more information.

Over the next couple of years there will be events to commemorate the events of 200 years ago. The sites, of course, will continue to be there if you are unable, or not interested, in being there for the events. I generally prefer to visit off-prime time, so I can take my time, or visit at my own pace.

What plans will you make to commemorate this Bicentennial?

National Heritage Areas - How many have you visited?

These two sites, below, introduce you to the National Heritage Area concept here in the USA. I am a big fan. I hope you are as well - or become one after reading these presentations. I'd love to hear your thoughts! ;-)

National Heritage Areas are locally based

They may cross state lines to tell their stories.

More than forty National Heritage Areas (NHA) have now been recognized by Congress, based on recommendation and consultation with the National Park Service, and based on local, grassroots efforts to tell a compelling heritage story in their designated area. The NHA may include National Parks as well as primarily local community sites all cooperating and collaborating to support and promote their local area while telling a 'nationally significant' story.

The photo is one I took a while back at the Visitor's Center of Capital Reed National Park, a component of the Mormon Pioneer National Heritage Area, in Utah. Click on the photo to go to the official website of the NHA.

Links to the Westward Movement - some selected

The Westward Movement - Manifest Destiny; to become the USA

From the Santa Fe Trail to the Pony Express to the Mormon Hand Cart Battalion, the west holds many, many stories of our heritage that our friends and neighbors continue to find fascinating. Many individual sites commemorate these heritage activities.

Which do you still have on your 'bucket list' to visit one day? Now is the time to do the planning to visit that site - those sites!

Photo courtesy of Wikipedia Commons; click to go to story on Pony Express

The Pony Express: The History and Legacy of America's Most Famous Mail Service
Buy Now

The founding of the nation - a few links to get you going - Jamestown and Plymouth - which to visit first?

Jamestown and Plymouth are just two on the many early settlements to explore. St. Mary's City in Maryland is a fascinating story, as well, just a few years later. The Dutch settlement of what later became New York is a great story that does not get enough attention. How about William Penn and Pennsylvania, the proprietors in Georgia...? How did North and South Carolina first get settled? There were thirteen colonies... do your know the story of each?

These links are just starting points to pique your interests. Enjoy! ;-)

Founding of our national - Plymouth and Jamestown

There are no end to the Founding of the Nation sites to visit - how many have you seen?

As with the Westward Movement in the west and midwest, in the east there are many, many sites to visit relative to the Founding of our Nation, beginning with Jamestown in Virginia and Plymouth in Massachusetts.

The Dutch settled in New York, the French entered through Canada and explored the heartland of America, and on and on to allow you to take your interests and convert them to multiple heritage tourism opportunities.

The image is courtesy of Wikipedia Commons; click to see more information about the Mayflower and the good folks who "stepped out onto Plymouth Rock" - you don't really believe that story, do you? Learn the historic truths by reading in depth and visiting the sites! ;-)