Many of our ancestors crossed Wyoming on the California, the Oregon or the Mormon trails. They got messages by the Pony Express crossing Wyoming. Did they work on the Union Pacific Railroad, making its way through Bridger Pass? Did they stop at Ft. Laramie? Did they spend time in Chyenne, the Grand Tetons, Jackson or Cody? Mine did.

Many were drawn to work in Wyoming by coal, natural gas, oil, trona, diamonds and uranium. Some moved on, others decided to stay and make it their home. You will have a lot to take in as a heritage tourist in Wyoming.

The photo is the Indian Paintbrush, the state flower of Wyoming; courtesy of Wikimedia Commons.

Fort Laramie and the historic trails in Wyoming

Wyoming was a 'mid-way' stop on the way to California, Oregon and Utah

Fort Laramie in eastern Wyoming was a major stop on each of the overland trails leading to 'the west.' Usually provisions were available there and there was opportunity to rest and rehabilitate equipment, animals and people. Some groups weren't so lucky, but most were. Were any of your ancestors on these trails, crossing the continent?

This was still Indian territory when the trail and Fort use were at their peaks. Did any of your ancestors serve in the western military before, during or after the CIvil War?

Image is a painting of Fort Laramie before 1840 by Alfred Jacob Miller, courtesy of Wikimedia Commons.

Cities and towns of Wyoming

Casper, Cheyenne, Cody, Jackson and Laramie are just four of the 20 most populous cities and towns in Wyoming that you may want to visit as a heritage tourist. Where are your interests? A lot depends on which era of Wyoming history interests you, what Wyoming cultural interests pique your curiosity, or which of the many natural wonders draw you to visit and experience Wyoming.

Cities and Towns of Wyoming

Wyoming is the least populous state in the nation and therefore is not known for large cities. In 2005, with over 50% of the population living in the 13 most populous cities, only 5 cities has individual populations over 20,000.

I mentioned five of the cities, above, but these may or may not be the ones that draw you as a heritage tourist to Wyoming. And, of course, it may very well not be the larger cities and towns at all. You need to find what is of interest to you!

The photo is of the skyline of Casper, Wyoming, courtesy of Wikimedia Commons. 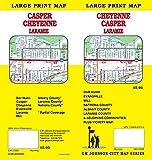 And yes, Yellowstone and the Grand Tetons are magnificent! - Wyoming is a state of natural wonders, of course.

From the mountains to the rivers to the plains, there is no end to the natural beauty that surrounds you in the State of Wyoming.

Did you know that in the south central part of the state, in the Great Divide Basin, that waters that flow in or precipitation that falls remains there to sink into the soil or evaporate into the air? It does not flow to an ocean.

Major rivers do start or flow through the state, of course. There are the Yellowstone, the Big Horn, the Green and the Snake. Pioneers came up the North Platte from Nebraska by the tens of thousands. To the west of the Continental Divide, the Green River empties into the Colorado River.

Yellowstone and the Grand Tetons

Places of granduer, without doubt

Can you imagine living and working on this ranch near the Grand Teton mountains? It looks like heaven to me.

This combination, so close together, actually, is hard to beat for being to of our most popular National Parks, with such different features to make them both very attractive as vacation destinations. Will you visit both the next time you are in Wyoming? I hope you can.

Photo of a barn on a ranch with a view of the Grand Teton peaks in the background; courtesy Wikimedia Commons.

Yellowstone and Grand Tetons on Amazon 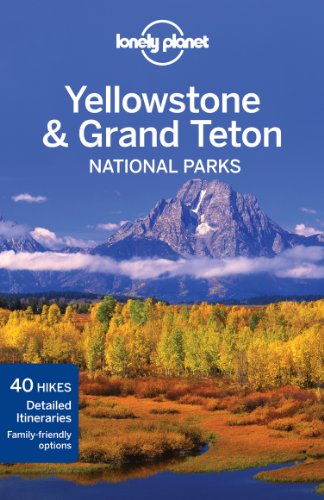 Have you been to Wyoming yet?