Scotland is the land of my ancestors. The first view I had flying over the country was of a rugged landscape. The trees and scrub were dense in places. Arriving at the foot of the highlands, the first Scot I met was a friendly taxi driver. Keen to welcome me to his country, he smiled and introduced me to his city, Inverness.

I am a descendant of the Clan Cameron and was intrigued to find out more about my Scottish ancestors and the clan system. Clan heritage give the Scots a sense of identity. The word clan means family or children in Gaelic.

I visited Scotland for a holiday and include some of the photos I took while I was there. I only had a taste of the sights and attractions of Scotland, but it was enough for me to want to go back again one day.

The Northern Highlands are wild and remote. In contrast, Scotland is also home to many wide green valleys, flat areas and hills.

Generally, Scotland is cool, damp and cloudy, but the weather is quite changeable. January and February are the coldest months and its warmest months are July and August. The coldest areas are the highlands. I was there in August and needed a long sleeve t shirt.

The original Scottish clans were like large extended families. Each clan was associated with a geographical area and was led by a Chieftain whose family often lived in their ancestral castle.

The heritage of the Scots is varied. Many people are descendants of the Celts. Some are descended from Norse Vikings, some from the Normans and others Dutch.

Each year the Royal Edinburgh Military tattoo draws visitors from around the world. Hotels and accommodation are pretty much booked out, so plan early if you intend to attend the tattoo. I like to watch it on the television, but it would be marvelous to see it in person.

Scottish culture is strong, a living culture it is vibrant and dynamic. I found that as a descendant of the Scottish diaspora I was welcomed 'home' to Scotland. It was a gesture that was very moving to me.

There is a museum dedicated to the Cameron Clan which is located approximately 15 miles North East of Fort William in the Highlands.

There are descendants of the Cameron's across the world, with Cameron Associations in North America, New Zealand and Australia.

My Cameron ancestors came out to Australia in the mid 1800s from near Fort William.

There are hundreds of active clans around the world, with annual clan gatherings to celebrate Scottish traditions. I have been to a couple in Australia. They are colourful, with dancing, bagpipes, highland games, stalls and information on the clans.

Where is Fort William 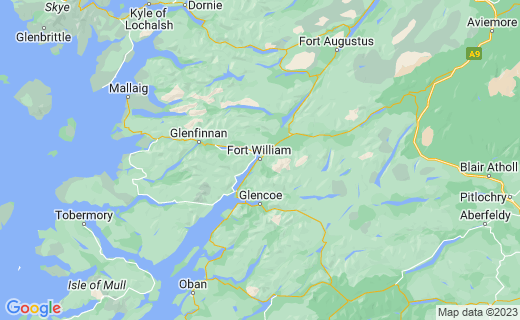 These days it is much easier to find the resources to trace Scottish ancestors. When my mum started researching our Scottish heritage in the late 1980s it was much harder. Archival information such as shipping lists and census records were on microfilm and were only accessible by visiting state or national institutions.

Not only are a lot of indexes online, but the census and shipping lists have been digitized and you can obtain a copy of them fairly easily. Also, there is a lot of information available on how to go about family history research.

While tartan has been around since the third century it is a relatively modern symbol of Scottish heritage. Commercial production of tartan began in the 18th Century. The banning of the tartan after the Jacobite uprising fixed its importance to Scots in the nation's psyche.

There is a Cameron tartan which has a distinct gold line within their designs. The colours of the tartan are predominantly red and green.

Over the last 3,000 years, Scotland has been invaded and settled by people who have brought language with them. First, it was Pictish and British; then Gaelic, Norse and Scots today it's English, Scots and Gaelic. Language, along with culture, is a big part of identity.

'Scottish English' is spoken throughout Scotland with regional dialects and variations.
Ever thought about leaning Scottish Gaelic? There is a wealth of material online as well as complete courses for beginners.

Gaelic is a Celtic language, originally brought to Scotland from Ireland and has since developed a number of dialects. It is related to the Welsh language. Gaelic was the language spoken in the Royal court for hundreds of years.

This video introduces to you Gaelic phrases, like "How are you?

What is the definition of Scottish art? Well it includes work done by Scottish artists as well as subjects associated with Scotland.

Explore a selection of highlights from the Scottish art collection.

Highland dancing was developed in the 19th and 20th centuries. Often performed at highland gatherings, the dance is accompanied by bagpipe music. The dress code for competitions is quite strict and covers hair adornments (of which there are to be none), footwear, kilt and even underwear.

The dances show their strength, agility, movement to the music. Their costumes are a celebration of Scottish heritage. A spectacular combination of skill and creativity.

Scotland has a great range of unique and unusual accommodations. My first night in Scotland was at a lovely boutique hotel.

Overall though, I found a self contained apartment suited me best for a longer stay (say a week). This way I could live a little bit like one of the locals. Going to the supermarket in different countries is an interesting experience in itself.

But there are many choices to be had: B&Bs, cottages and even castles!

Inverness : Gateway to the highlands.

Plenty to see in and around Inverness as well as the highlands. The farther you go North, the more signs are posted both in Gaelic and in English.

Take a walk around the city center, there are plenty of interesting shops to look at. One shop was dedicated to selling kilts. They have been making kilts, tweeds and jackets for generations. My favorite shop in Inverness stocked a large variety of Scottish goods, and not just tatty souvenirs of Scotland either. Tartan rugs, Scottish caps as well as gorgeous earrings. I spent quite a bit of time in there.

I posted a whole lot of my purchases back home so I didn't have to drag them around with me for the rest of my trip. Seemed cheaper than paying excess baggage fees at the airport as well. 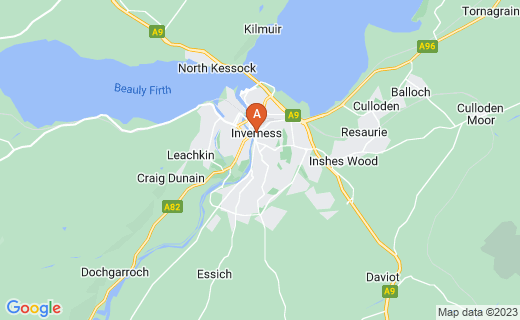 Stone buildings line the streets and suspension bridges span the River Ness. Welcoming pubs and local eateries. So much to enjoy!

Inverness means at the mouth of the river Ness.

The castle in Inverness on top of a cliff set alongside the River Ness. The site has been used since the 11th Century. This building dates from the early 19th Century after the original castle was destroyed by the Jacobite's. A prominent feature in the city, its sandstone is a gorgeous pinky red colour.

I found it easy to book tours in Scotland. The visitors center in Inverness had heaps of information about tours available in the area.

I went on a tour with Jacobite Cruises, that was firstly a coach tour and then met up with a boat to cruise the famous Loch Ness. We then got off at Urquhart castle on the shore of the Loch and wandered around there before getting back on the coach to return to Inverness.

Loch Ness is a long lake with dark cold water. Didn't spot Nessie, I expect she was asleep in the black depths of the loch.

The castle is situated on a rocky outcrop on the shore of Loch Ness. Like other castle complexes in Britain, the fortress was built on a significant spot. For centuries people have recognized the strategic vantage point that this location gives. Archaeological evidence in the area dates back to iron age settlements.

It was in the 1600's when the Castle was abandoned and the local people started taking stone from the castle to build their own homes.

The castle grounds have a working trebuchet which is a weapon I had never heard of until I visited. This weapon threw stones of a mighty weight during sieges in medieval battles. It had a devastating effect on the enemy.

Regions and maps of Scotland

A short train ride from Inverness is the seaside town of Nairn. Located on Moray Firth Coast Nairn is an ancient fishing port and market town. Walk along the beach, its sand, not rocks, sand.

The main street of Nairn has lovely quirky little shops.