How to Spend Holidays in Hyderabad - A Historical City in India

It was constructed in 15th century by the fifth ruler of Qutb Shahi dynasty, Muhammad Quli Qutb. It is the landmark or the centrepiece as it is almost situated in the middle of the city. Charminar means "four pillars" as its name says 'char' means four and 'Minar' means pillar in Urdu. This structure is of 48.7m height. There is a mosque near Charminar called the Makka Masjid. Being both Historical and religious this place is also known for the bazaars surrounding the monument. There are pearl and diamond shops nearby, and it has become one of the most known tourist attractions in Hyderabad. The famous Hyderabad pearls can be bought from the shops near Charminar. There are more than 14000 shops near Charminar. It is also a site of numerous festival celebrations. This monument is built in an Indo-Islamic architecture style incorporating Persian architectural elements. It has a square structure. There are four magnificent arches in the monument and it is known as Char Kaman. This monument is included in the tentative list of UNESCO World Heritage Site. This place can be reached easily by taking an auto or bus from any part of the city.

Other places of Attraction

This statue is the world's tallest monolith of the Lord Buddha. It is 18 meters in height. It is made up of white marble. This statue is situated in the middle of the Hussain Sagar. This statue was installed on 1 December 1992. There is a park called the Lumbini Park built in the year 1992, boating service is given from the park to the statue. There is a multimedia fountain show or laser show in this park. This laser show will be held daily at 7:15 pm and 7:15 pm and 8:30 pm during the weekends. This park is near Assembly Hyderabad metro station.

It is a temple built at 85m height on top of the Naubath Pahad. This temple was constructed by Birla Foundation. It is constructed using 2000 tons of pure white marble. This temple is built such that its atmosphere is suitable for meditation. This temple has separate shrines for various gods and goddess including Venkateshwara, Shiva, Shakti, Ganesha, Hanuman, Bramham, Lakshmi, and Saibaba. This place can be easily reached by Metro or TRCTC buses.

It is the Palace of nizams of Hyderabad. This palace was built by Nizam Salabat Jung. The southern part of the palace is the oldest and it has four palaces, Afzal Mahal, Aftab Mahal, Mahtab Mahal and Tahniyat Mahal. The northern side has a long corridor, which has many rooms. The Khilwat Mubarak is the heart of Chowmahalla. It was the seat of Asaf Jahi dynasty. The Durbar Hall or Khilwat has a platform made of pure marbles where the royal seat was placed. There are 19 beautiful chandeliers made of Belgian crystals which gives a royal look to the Durbar. Khilwat clock is the clock tower above the main gate. In the year 2005, the Palace was opened for public by Nizam Barkat Ali Khan Mukarram Jah. Apart from the beautiful palace it also has a collection of vintage cars like Rolls Royce used by the Nizams.

Golconda means Round Hill which was originally known as Mankal. It was built in the late 13th century by the Kakatiyas. It was a mud fort and later it was rebuilt. It flourished as a trading centre due to the Kollur diamond mine. These large diamonds are called as the Golconda diamonds.

This fort has four distinct forts, four drawbridges, eight gateways and many temples, mosques, stables, etc. There are secret tunnels and escape routes in the fort from one of the Durbar Hall to the bottom of the hill. There is a 402-year-old tree inside the fort which has a cave in between its branches. This place can be easily reached by the Metro.

Other than these, the industry gives facility for synthesis and fabrication, processing, finishing and characterization of nano-materials.

Hyderabad is also well known for its antiques and cultures on one hand at the same time it is also a place of development related to agriculture, industry, fabrics, food processing and business.

There are various research institutes of the Government of India as well as the Government of Telangana. It is also an information technology hub, both for computer hardware and software. Many multinational IT companies are having their offices and facilities for serving India from here.

Cinema and digital visual technology are well-nourished in Hyderabad. Ramoji Film City is the Disney Land of South India, where many films were created. Total entertainment for the public is also available here.

Pearls are another attraction for tourists here. Various pearl ornaments are available at a cheaper price affordable for the common man. The twin cities of Hyderabad-Secunderabad are well known for cotton as well as pearls. 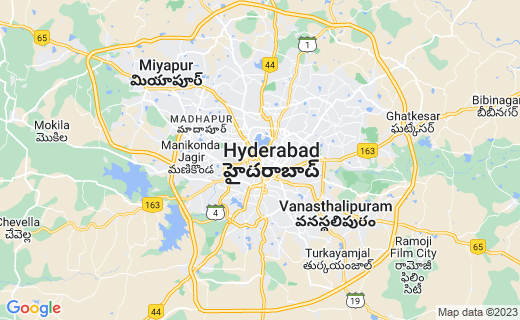 Many things in a single place

It is a place which one should dd this bucket list. A visit for holidaying would be enriching to see the heritages and research and development. It is a single place in India to satisfy the foreign tourists to India, where you can see the socio-cultural integration, culturally plural, yet united to uphold Indian tradition.