I've managed my own landscaping and yard for a few decades, learning much along the way. I've also completed formal horticultural coursework

A Visit to the Indianapolis Motor Speedway Museum

I'll share some of my photos and a bit of information about the museum here.

The museum, of course, takes a look at the history of the Indianapolis 500 mile race and auto racing in general. The museum is open every day of the year with the exception of Christmas Day and Thanksgiving Day (the fourth Thursday in November). The entrance fee is $5 for adults and $3 for kids 6-15. For an additional fee, visitors can also tour the track and even the grounds. You can find more information about that here.

The museum and the track itself are easily located on the west side of the city. Visitors can take the Crawfordsville Road exit, eastward off of the 465 loop. (Going east from the airport, and then north on 465 to Crawfordsville Road) I've included a map lower on the page.

There are gift shops located in the same building with the museum where visitors can find posters, artwork, clothing, models, calendars, and a variety of other items that commemorate the race, the cars, and the drivers. For visitors who are more serious about racing, visiting the track during the month of May offers a chance to see practice and qualifying, meet the drivers, tour the garage area, and so forth.

Some History About the Track and the Race

The Indianapolis Motor Speedway was founded in 1909 by Carl Fisher and the first race was held in 1911. Racing was halted during World War II, and the track fell into disrepair. It was purchased and renovated by Anton Hulman Jr, and racing began again in 1946. The track is 2 and a half miles long. It was first a dirt track, then paved with bricks and later, asphalt. Today, a remnant remains of the bricked surface. At the start line is a yard of bricks, thus the name for the NASCAR race that occurs at the IMS each summer, "The Brickyard 400".

The first structures were, of course, wooden, and you'll see a bit of this recreated within the museum. What looks like wooden barn doors actually represent the wooden garage doors from the first half of the 1900's.

The Indianapolis 500 mile race has been held every Memorial Day since 1946. Since then additional races have been added. Formula One (F1) cars saw action at the track between 2000 and 2007. The NASCAR Sprint Cup Series began racing there in the 1990's. Now MotoGP bikes race there annually as well. There is also aerial racing which is generally held in October.

What You'll Find at the Indianapolis Motor Speedway Museum

You'll find a lot of Indy Cars at the Indianapolis Motor Speedway Museum, but you'll find other items of interest as well.

When you enter the building, the entire west side is devoted specifically to Indy Cars and winning Indy drivers. Most of the cars are past winners from the very first one in 1911 to the present day. Due to space limitations, not every winner is represented, but like all of the museum, these items are rotated in and out, so what you see on any given visit may differ a bit as time passes. You may also see racing cars from some of Indy's most famous winners. Perhaps a sprint car that AJ Foyt drove or something similar. Portraits of drivers and other individuals critical to the history of the track are here to view as well. Announcers, reporters, owners, and others are represented. There are plenty of trophy displays, photographs, and other memorabilia.

In the eastern half of the building, you'll find more auto racing history as well as general automotive history. There are racing bikes (motorcycles), a few NASCAR models, sports racing cars, and Formula One cars. There are a variety of foreign manufactured cars that have raced at Indy over the years. In addition, there is a smattering of pre-World War II cars.

It's on the far eastern wall of this section of the museum that you'll find portraits of every Indianapolis 500 Mile Race winner, in sequence.

Below I will share a few of the pictures I took during my March 2010 visit. There are 5 or 6 slideshows below, timed at 10 seconds per photo. In other words, if you wait, the photo will change. 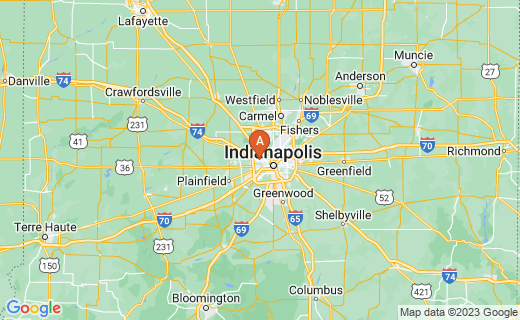 A Quick Glimpse of Air Racing