I came of age in the '80s, so movies directed by the late John Hughes were a big part of my adolescence. Watching them as a teen, I had no way of knowing that someday I'd raise my family in the area that served as a backdrop for so many of the movies that would become 1980s teen classics. Who knew that 20-odd years later I'd bike, just about every summer weekend, past the church where Jake surprises Samantha (Sixteen Candles) after her sister's wedding, to the beach where Sloan comforts Cameron in Ferris Bueller's Day Off?

Some of the best-known locations in John Hughes movies were in Chicago proper--the Art Institute, the Sears (now Willis) Tower, Wrigley Field. But I'm focusing here on spots I can nearly see from our house ;) -- in the northern suburbs bordering Lake Michigan.

"My father spent three years restoring this car. It is his love, it is his passion."

"It is his fault he didn't lock the garage."

Surrounded by ravines, with huge glass walls overlooking a gorge, this was a perfect home for Cameron, Ferris's tightly wound best friend and (more importantly?) for the sports car the kids "borrow" from Cameron's father for their day of adventures. Ferris describes the house as cold and museum-like, but it's actually quite lovely. 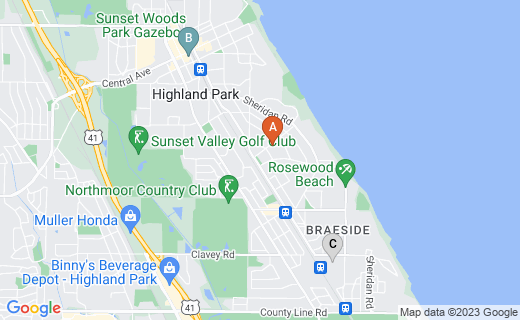 Treats Nearby: From Cameron's house, head about a mile and a half north to Walker Brothers Original Pancake House (620 Central Avenue) for amazing baked apple pancakes and the fluffiest egg dishes you'll find anywhere. Or head south about the same distance to check out Ravinia Festival (418 Sheridan Road), a gorgeous outdoor music venue where Chicagoans love to picnic.

Who could forget the end scene in The Breakfast Club where Judd Nelson walks across the football field and punches the air, to the strains of Simple Minds' "Don't You Forget About Me"? Along with the locker shots at the beginning of the movie, it was filmed at Hughes's alma mater, Glenbrook North High School, at 2300 Shermer Road in Northbrook. Hughes set several of his films in the fictional town of "Shermer," Illinois.

The other high school used for The Breakfast Club is further west, in Des Plaines, and now a police station. 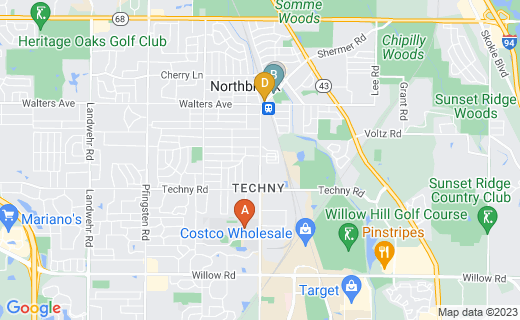 Treats Nearby: Glenbrook High School is two and a half miles from a blocklong stretch of Chicago junk-food heaven. It's easy to imagine the Brat Pack chowing down on Chicago-style hot dogs at Little Louie's (1342 Shermer in Northbrook) or on deep-dish pizza at Lou Malnati's (1324 Shermer) or My Pie (1361 Shermer). The park across the street, Northbrook Village Green, is a fun picnic spot, with playground equipment for tots to tweens.

After walking her inappropriately (but hilariously) self-medicated sister down the aisle, Samantha (Molly Ringwald) steps outside Glencoe Union Church to see, to her shock, heartthrob Jake Ryan waiting for her across the street. She finally gets her cake and (sigh!) a memorable kiss. Glencoe Union is a nondenominational Protestant church housed in a pretty 1911 building at 263 Park Avenue near downtown Glencoe, Illinois. 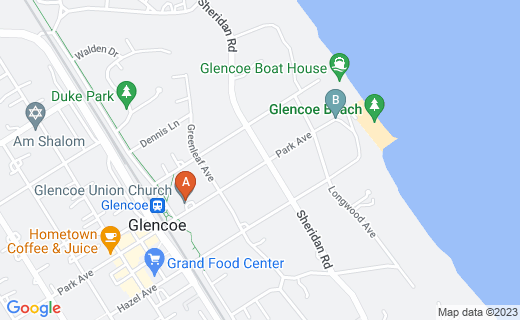 Treats Nearby: See "The Beach," below...mere blocks from the church :)

"You know, I have a friend who works at the crime lab at the police station. I could give him your toothbrush and he could run a test on it... to see if you actually brushed your teeth...or just ran your toothbrush under the faucet."

Smoking, gambling, slacking Uncle Buck (John Candy) flipped ginormous pancakes for his young charges in this house, at 2604 Lincoln Street in Evanston. Evanston is a college town (home to Northwestern University) and one of the cooler Chicago suburbs. 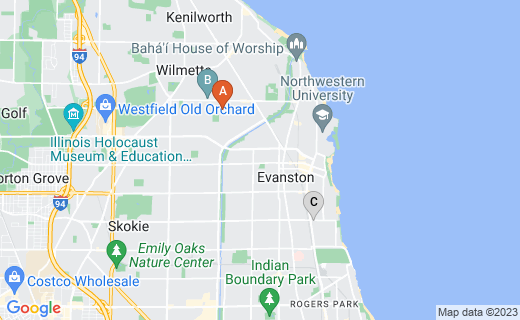 Treats Nearby: Lucky Platter (514 Main Street) is our favorite "halfway" spot to meet up with city-dweller friends. Go there for "funkalicious post-hippie eclectic world cuisine" plus kitschy-cool folk art décor. Breakfast is especially tasty at the Platter.

"Life moves pretty fast. You don't stop and look around once in a while, you could miss it."

The Beach - From Ferris Bueller's Day Off

After their city adventures/misadventures, Ferris, Cameron & Sloane hang out on the stone wall that overlooks Glencoe Beach. This is one of my family's favorite places in the world, and in the summer we practically live there.

Treats Nearby: The beach IS the treat. Grab a slice or posicle at concessions and watch the world swim by; direct the kiddos to the cool sand-and-water playground; rent a kayak or sailboat. It's all good.

See this list for tons of Hughes Chicagoland locations!

Or Just See the Movies :)

When John Hughes passed away suddenly in August, tributes flowed. Here are some of my favorites.