If you have not yet experienced Longwood Gardens, you must add it to your bucket list.

This weekend I had planned to drive to Chadds Ford, Pennsylvania. I typically take drives with very little planning or specific goals. Meandering is more my style. However, I had something to do in Chadds Ford and was planning a quick drive up and back.

I am very pleased that on this occasion I had deviated far enough from my normal that I noted the address to Longwood Gardens. I thought I might just "pop in" for a minute and see what it was all about. Instead of popping in, I ended up staying for the entire day. I found myself wishing that I had planned on staying the night so that I could return the very next day.

Longwood Gardens is an amazingly beautiful place, steeped in history. I spent the day soaking it all in, feeling my muse tapping on my shoulder, whispering, "Look at that" and "what do you think of that?". What I think is, I need to return soon and experience it all again.

Image Credit: Unless otherwise noted, these photographs are my personal photographs from my travels. Images are Dawn Rae - All Rights Reserved.

If you can't visit in the near future, perhaps a book will be of interest to you. This book is included in the Longwood Gardens gift shop. Click the "buy now" button to take a closer look at this item, or to browse Amazon for other Longwood Gardens items.

A few of my photographs of Longwood Gardens.

A Summarized Timeline of the Land of Longwood Gardens

How Longwood Gardens came to be.

If you like history, I highly recommend that you read more about du Pont and his work at creating what has become Longwood Gardens. You can find a more detailed history on the Garden's website or in books such as the one I listed above. I am only skimming the bare surface here.

* The Lenni Lenapi tribe lived on this land for thousands of years.

* In 1700, George Pierce (a Quaker) and his family purchased 402 acres of this land. They cleared it and farmed it.

* In 1798, two of the Pierce grandsons began an arboretum due to their interest in natural history. This covered 15 acres and they included species from the area, eastern seaboard, and from overseas. By 1850, it was highly regarded and the new concept of gatherings being held in public outdoor places.

* In the 20th century, the heirs began to lose interest and Pierce’s Park deteriorated.

* In 1906, Pierre du Pont bought the land with the primary intention of saving the trees.

* That garden was so successful that in 1909 he began hosting summertime events.

* By 1915, and extension was built onto the old Pierce farmhouse, creating his winter conservatory for his new bride.

* The conservatory that I visited was built in 1921.

* In 1930, what is reported to be the largest organ in the world, was built in the ballroom.

* During the 1930’s, du Pont bought adjoining land and the size of the property increased.

* All along du Pont had thought about planning for the best financial situation for the gardens.

* From 1946 to 1956 the property became public via du Pont’s forming of a foundation. Hence the beginning of the Longwood Foundation.

* From 1956 to 1966 the property began a focus of educating the public. The Desert House, lily gardens, and other gardens were constructed.

* 1966 to 1976, improvements continued, including the Palm House. Professional education programs began, including the Longwood Graduate Program in Public Horticulture.

* From 1986 to present, a focus on the artistic elements of the gardens, as well as continued funding and planning occurred. Public spaces, such as the three tree houses, continue to be built. And in 2011, Longwood begins to turn green as related to energy.

I do not typically enjoy historical recounts but I have to say, how Longwood Gardens came to be is very interesting to me. Thank goodness that two men and their families had the vision and the finances to move this timeline along. As a result, you and I have an amazing place to visit, enjoy, and broaden our base of knowledge.

“I have recently experienced what I would formerly have diagnosed as an attack of insanity; that is, I have purchased a small farm. I expect to have a good deal of enjoyment in restoring its former condition and making it a place where I can entertain my friends.”

The Plants, the Structures, and the Grounds.

The sights and scents.

I wish I had known the historical information prior to my maiden adventure to Longwood Gardens. As I leaned against amazingly gorgeous pillars in order to steady my camera, I thought to myself "These are amazing replicas". In fact, they were not replicas. They were the real deal.

The plants and trees were amazing. Beyond words. Everywhere you turned, people were trying to capture the beauty with their cameras. I have no other words to describe the beauty.

Even though the grounds were covered in snow, and many of the outdoor gardens were "closed for your safety", it was still a visual feast. I can not wait to see the topiary garden, the chimes tower close-up, the tree-houses, and the water fountain gardens in the other three seasons.

I didn't see a bored or crying child the entire day.

Everywhere I looked, there were children who were enjoying themselves. Older elementary and middle school aged children were looking at the plants. Some of those children had small booklets, that appeared to be checklists or plant identification booklets of some sort. One boy was so lost in his plant book and looking at the plants, sitting on the floor, moving from one grouping of plants to the next, that I was dying to ask what it was he was doing. But I did not want to intrude and break his focus.

Younger children had laminated scavenger search cards. I peeked over one mother's shoulder as she kept asking her younger daughter if she is seeing any of those things. The cards were lovely cards with groups of photos of items that could be found in the conservatory. I assumed it was a scavenger search activity provided by Longwood Gardens.

Children (and adults) of all ages played with abandon in the children's garden. The fantastical fountains and games were wonderful. I could have spent all day in that area alone.

Even outside, the children ran (not in an bothersome manner) and explored. Stopping to listen to the tower chimes play.

A few more items that might be of interest for the botanical garden lover.

Click the Amazon "buy now" button to see more information about that item or search for your own items of interest. Happy exploring. 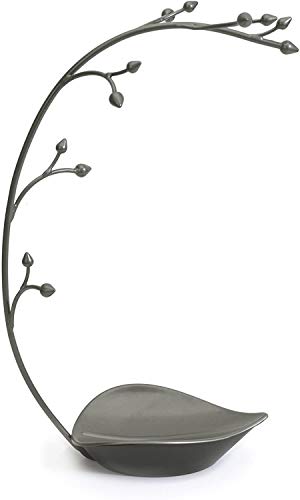 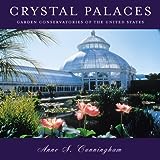 My hope is that you will be able to enjoy a visit to Longwood Gardens. If you are not near Pennsylvania, I hope you are able to visit a conservatory or botanical gardens near you.

Where to Find Longwood Gardens

My GPS did not recognize their address. Later, I found this blurb on their website:

I am a hesitant traveler. I do not like "sardine can" crowds, difficult parking situations, and places that are difficult to navigate. It is notable that their entrance is clearly marked with large signs, making a GPS unnecessary. Parking was amazingly easy, as was finding my way around. While some of the paths inside the conservatory were narrow, with the exception of passing groups of people who were paused in conversation, I never felt like a sardine. If I had my young children with me, I would not attempt to take a large stroller. But otherwise, navigating through the gardens was a comfortable experience.

I would love to hear from you, whether you are a fan of Longwood Gardens, another botanical garden, or if you just want to say hello.