Ludlow "the most beautiful and distinguished country town in England"

Ludlow is a thriving old market town and full of marvellous architecture. Ludlow is popular for the events and festivals throughout the year, including the famous Ludlow Food & Drink Festival and the annual Ludlow Festival, that includes Shakespeare plays being performed in the Ludlow Castle and Ludlow Medieval Christmas Fayre.

Ludlow and the old castle are sitting on a cliff above the picturesque River Teme. Ludlow is surrounded by the beautiful Mortimer Forest, the hills of South Shropshire and the Welsh border country, also known as the Welsh Marches. There is excellent walking and cycling opportunities just on the edge of the town.

In recent years, Ludlow and the surrounding area has acquired a superb reputation for the quality of its food and drinks. Some of the best restaurants in Britain can be found here, thriving in the abundance of the area's top-quality food and drink producers and suppliers. Every September, the showcase for this is the Ludlow Food and Drink Festival, when the town is filled with food lovers from all over the UK, and from around the world. Ludlow Food Festivals' Spring Festival; a weekend of music and good food celebrating great local beers, sausages, classic cars has also become a real favourite!

Ludlow town centre's elegance is evidence of the 900 year old Norman planned towns history. The town came to existence when Ludlow Castle was started in 1086 and the medieval town walls were built shortly after. Ludlow has over 450 listed buildings from over 650 in South Shropshire. Grade I listed buildings in Ludlow include Ludlow Castle, St. Laurences Church and The Feathers Hotel.

Today Ludlow is a busy market town with a population of just under 11,000. Retail, services, tourism and light industry are key sectors of the economy. Ludlow is twinned with La FertÃ©-MacÃ© in Normandy, France, San Pietro in Cariano near Verona in Italy, and Narberth in Pembrokeshire, Wales.

The Ludlow Castle impressive ruins occupy the oldest part of Ludlow. Building of the castle started around 1085, with many later additions in the following two centuries and it is one of the most interesting castles in the Marches, in a dominant and imposing position high above the river Teme. It features examples of architecture from the Norman, Medieval and Tudor periods. The building of the castle led to the development of the town itself, at first grouped around the castle.

Edward IV founded the Council of the Marches of Wales in the late 15th century. The Council administered all of Wales and five adjacent English counties: its headquarters were in Ludlow Castle, and during this period many of England's princes and princesses stayed in Ludlow. The Council of the Marches ceased to exist in 1689, and after this the castle became derelict, although Ludlow itself was still on a wave of prosperity and was a fashionable centre for local gentry. As a result of the town's popularity, many of Ludlow's most notable buildings were built in the first part of the 18th century. The castle was bought by the present owners, the Earl of Powis in 1811.

As well as being open to the public throughout the year, the inner and outer baileys are used for several festivals and other events each year, notably Ludlow Festival for the open-air production of a Shakespeare plays for three weeks in June and July, Ludlow Marches Food and Drink Festival in September, Ludlow Craft Festival in late May,Ludlow Medieval Christmas Fayre in November and the Marches Festival of Transport in early May.

The History & Antiquities of the Town of Ludlow and Its Ancient Castle: With Lives of the Lord Presidents, and Descriptive and Historical Accounts of ... Seats, Villages, &C. in the Neighbourhood ...
Buy Now

St Laurence's ChurchThe parish church is one of the largest in the country. It was mostly re-built in the mid-15th century but some earlier features survive. There are fine misericords and stained glass. The poet A.E. Housman, author of 'A Shropshire Lad', is commemorated in the churchyard. Open all year. Stewards on duty in the spring, summer, and autumn 10 am-5 pm. Conducted tours can be arranged via the Rector at 4 College Street. Tel.: 01584 872073.

The tower of St. Laurence's contains one of the finest rings of 8 bells in the country

The tower of St. Laurence's contains one of the finest rings of 8 bells in the country. The bells have significant historical interest and feature in the early development of change ringing 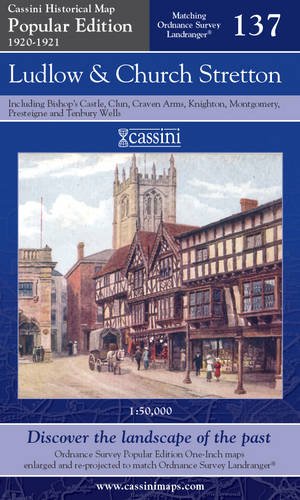 Some of the Other Intresting Places and Building in Ludlow

The Feathers Hotel The oldest part of the Feathers, including the world famous timber facade, was built in 1619 (during the reign of King James I) by Rees Jones, a successful attorney in the town, who had frequently appeared before the Council of the Marches, which from 1536 until 1689 was situated in Ludlow making the town in effect the capital of Wales.

The name of the hotel springs from the motifs of ostrich feathers forming part of the timber framed facade. They can still be seen by the discerning eye on the collars of the three street gables, although now weathered by the centuries. Ostrich feathers (traditionally the badge of the Prince of Wales) were still very much in vogue in the town at the time that the timber facade was being constructed following celebrations in 1616 for the investiture of Charles (the future King Charles I) as Prince of Wales.

Ludlow was a town with Royalist sympathies and remained loyal throughout the English Civil War, during which it is thought that Royalist soldiers were billeted at the Feathers. Indeed Rees Jones' son Thomas Jones fought as a Captain in the King's Army and well after the Civil War he converted the Feathers to an inn, around 1670.

The Feathers remained an inn for the next 200 years during which time, as well as providing sleeping accommodation, food and much beer, the inn was occasionally used as a venue for cock-fighting and prize-fighting. It was also at the centre of politics in the town when candidates for parliamentary elections would make speeches from the hotel balcony then invite voters inside for a drink to help secure their votes.

From 1863 the Feathers became known as a hotel and since then has gradually evolved and expanded through the acquisition of properties on either side of the original house to become established as Ludlow's leading hotel with a fine international reputation. A new programme of expansion and refurbishment is currently underway which will help the hotel to enhance its reputation still further and meet the increasing demands of the 21st century

Music and Audio about Ludlow on Amazon 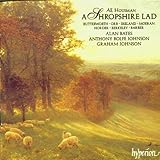 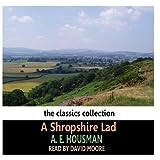 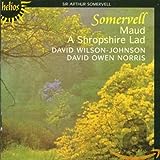 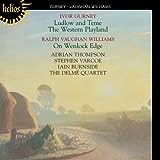 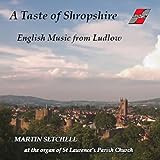 A Taste of Shropshire: English Music from Ludlow
Buy Now 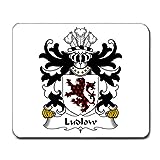