Montreal is a multicultural city that blends its French accent with many ethnic communities, and charms visitors with its Euro-Canadian super ambiance.

Many people call it "Paris without the jet lag".

Better yet, la belle ville is fully bilingual, as most of its residents switch effortlessly between French and English.

One of the Montreal's greatest treats is strolling through its neighborhoods. This city has an eclectic assortment of streets and boroughs for you to discover: Plateau Mont Royal, the Mile End, the Village, Wesmount and the Old Port among many others.

Perhaps the most rewarding way to explore it all is to just throw yourself into the mix and let the crowds carry you along.

The Most European City in North America - Mont Royal, Mont Real or Montreal?

Montreal takes its name from Mont Royal which is a small mountain in the middle of the city.

The same place this picture was taken from.

Montreal is famous for its International Jazz Festival, Just For Laughs and Formula 1 Grand Prix, but there is a lot more to it. Watch!

Montreal locals are crazy about bicycling, there are designated bike lanes on many of the streets and wonderful bike paths.

Just recently, Bixi, a public bike system has set numerous bike stations all over the city. The service is accessible to everyone, 24 hours a day, 7 days a week, from May to November. 24-hour access is available for $7 and 1-year subscription is just $82. The best deal in town!

So rent a bicycle, go down to old Montreal and follow the bike paths along the Lachine Canal. There are bike paths that cross the entire island. If you have a lot of energy, bike up Mont Royal as well.

The best way to get around

It has 68 stations on four lines. The trains run every day from 5:30 am to about 1:00 am. Every station has a different style, layout, and decoration which helps visitors to easily find the right stop.

The metro is fast, safe, cheap, and reliable. The map on the right shows you the most interesting stops to visit. ---->

Streetwise Montreal Map - Laminated City Center Street Map of Montreal, Canada - Folding pocket size travel map with metro map
This map offers the ultimate guide to navigating one of North America’s most beautiful cities, covering everything from the Parc Maisonneuve to Le Circuit Gilles Villeneuve, the only Formula One Grand Prix race track located in the heart of a metropolis. The Metro system is fast and takes you virtually all over the city, enabling you to forgo a car if you choose. Hotels, sites, university and government locations are clearly indicated and fully indexed.
Buy Now

The Plateau is the best window to view the real Montreal. Here you'll find a predominantly francophone community featuring an eclectic mix of artists, students, yuppies, and young families, spiced with a healthy dose of other cultures and languages to raise the diversity quotient that much higher. Round it off with a wealth of interesting shops, cafes, pubs and bars, not to forget black-box theatres, art galleries and gourmet shops, and you've got a free-spirited, creative atmosphere where all walks of life converge.

Strolling Along Its Streets

Drum jamming at the park

It happens every Sunday from May to September, from noon to sundown. It's on the west side of Avenue Parc near Mont Royal street.

Take Bus 11 West. Get off at Rue Mont-Royal and Ave. Parc. Walk up South on Avenue du Parc until you reach the George-Etienne Cartier Statue (angel statue).

Take Bus 80 North. Get off at the corner of Parc Ave. and Rue Rachel and walk across Parc Ave. towards the angel statue.

Secret Montreal: The Unique Guide to Montreal's Secret Sites, Sounds and Taste (Secret Guides)
"I found this little guide to be really useful. As a newcomer to the city, it showed me places that I would have never found on my own. It's really the best book to get if you're visiting the city or even if you're a long time Montrealer. As a tourist, you'll see things that you wouldn't have known existed, and as a Montrealer, you'll discover new, enchanting places. This is really a gem of a book."
Buy Now

Between Outremont and the Plateau is a micro-neighbourhood that has played a big role in the history of Montreal immigration: Mile End. It is bordered by four major thoroughfares: St. Laurent Boulevard, Park Avenue, Fairmount Avenue, and Bernard Street.

The name comes from the time this cozy village was located at one mile from Montreal city limits. The original inhabitants were mainly Jewish immigrants from Eastern Europe, but over time, the population has become more diversified. Small Jewish and Portuguese grocery stores, bagel factories and Greek restaurants are still well established there. 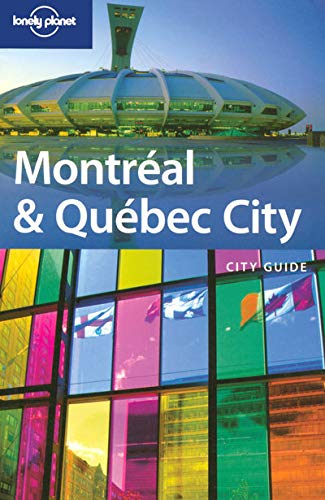 Lonely Planet Montreal & Quebec City (City Guide)
"This guide does a great job of letting you know about activities off the beaten path. For example, every Sunday in the summer there is a drum jam by the University in a park by the hill (it's called the tam tam jam). No other guide book discussed it, but this one did."
Buy Now

Perhaps the best in the world?

They are Montreal landmarks and a "must see" attraction, especially on a Sunday morning where it seems every one is standing in line to taste the morning's fresh bagels.

Two of the city's most famous bagel factories, the Fairmount and St. Viateur bagel shops, are located on the streets of the same names, right in the heart of the Mile End. The Montreal bagels are made by hand and baked in wood-fired ovens. They are smaller, sweeter and denser than regular bagels. Some of the local favorites are: poppyseed, sesame, garlic, onion and cinnamon raisin.

From Laurier station South (Berri & Guilford), take Bus 51 West. Get off at Avenue du Parc and walk North on until you reach Fairmount St. or St-Viateur St.

The historical part of the city. Montreal was founded in 1642 and it was originally named Ville-Marie. Various fortifications were built around the city and commerce took off. In 1763, Montreal, together with the rest of Nouvelle France, passed into British hands. The British decided to allow French culture to continue in the city, which meant that the original French architecture and flavor of the old city still remain to this day.

I suggest you wander the narrow streets lined with quaint shops and cafes, you don't need to be going anywhere in particular. One can browse in the stores inside Bonsecours Market, have a cup of coffee at the Place Jacques-Cartier, take a carriage ride along the Rue de la Commune, or go window-shopping along the the cobblestones of Rue Saint Paul.

The Old Port is another wonderful place to just stroll about. The piers offer boat tours and trips to the islands. The vi

Bring Your Own Wine

BYOW means "Bring Your Own Wine" and tells you a restaurant allows you to bring your own wine to their restaurant.

Restaurants in other North American cities charge you a corkage fee on the wine you bring.

Even though the course prices are a little bit higher in these restos (as we call them here), there will be no fee for bringing your wine bottles.

There are many BYOW restaurants in the area to choose from, and despite the consistent line-ups and inability to make a reservation, l'Academie is perhaps the best around. This French-Italian resto has good food, atmosphere and service; mussels and desserts are customers' favorite. Can't beat the reasonable prices and large portions. Don't forget to bring you own bottles (BYOB), but if you do, go to the liquor store next door. Bon apetit!

Connect to The City

Check Out This Brew Pub

The atmosphere is so great. Lots of dark woods and crannies and soft light. Service is friendly and efficient and you can order the beers in different glass sizes to optimize your tastings. They also have Quebec cheeses and munchies (such as nachos).

A beer heaven, reminiscent of Belgium.

Walk west on Laurier ave. until you reach St. Laurent street, then one more block and you are there at 29 Laurier Ave.West.

Up for a specialty beer?

Unibroue gives us an impressive Canadian rendition of some of the best Belgian styles beers (witbier, strong ale, kriek ale, golden ale, lambic, etc). Unibroue made history by becoming the first North American beer maker to use a brewing method inspired by the two-centuries-old tradition developed by Trappist monks in Belgium.

Every beer has its own personality, thus a unique name inspired in the local history and folklore: Maudite, Fin du Monde, Blanche de Chambly, Raftman, Quelque Chose, Don de Dieu, Trois Pistoles among many others. Over the years, Unibroue has remained faithful to its origins even as it has grown to become an icon of the brewing world. You'll be surprised to find out who its current owner is.