The Craziness and Interesting Side of Japan

Around the late 90's or so on one of my trips to Japan visiting friends living in Tokyo, I started to realize some of the coolest things to do and see there.

I became addicted more and more as I started spending time in a foreign country that I became to love. I had been influenced so greatly spending my vacation time within my own true culture or roots from where my family generation actually came from.

Being an American citizen but a sansei...a (third generation) Japanese born in Honolulu, Hawaii...this exposure was a real learning and gratifying experience for me that had opened up my world.

Seeing Japan and my culture through a camera lens can be enjoyable, but experiencing it is a totally different matter.

In example for me... seeing a castle in a Japanese movie is cool but being there (the real deal) actually is amazing along with the added history to it.

Whether it is the majestic castles along with the (shogun) samurai history involved...to the beautiful Japanese gardens... the culture as a whole.

It all becomes so real and like you're in another world... which is sort of true.

And that could be said within any culture.

I felt like there was a connection even in little things like the way they build the roads and buildings to the skyscrapers and even sidewalks.

The nook and crannies where there is so much to see in a few small blocks.

The old remnants of Japan mixed with the new creating nostalgia and timeless serenity revealing stories of the past.

The quiet lonely countryside to the modern tech world that Japan has to offer.

And above all, Japan is one of the safest countries in the world.

And so may I take you to see some of the experiences I had on my previous visits in the "Land of the Rising Sun".

As you will notice, I have also posted other videos for extra entertainment value.

On my lens, I will be showing you some of the craziness (but not all) ... attractions that I've seen on the road or roadside as I take you through Harajuku, Yoyogi Park, and Shinjuku.

Here are some of my memories in words and on film.

Here we will see some street performers, things to do and see...and a world of unique fashion.

* All pictures are taken by me

A Glimpse of what is Harajuku (Style) Fashion

I had asked my friend if we could go to Yoyogi park and so we did and we went on a Sunday.

It was my first time there and it was quite a huge park indeed.

We got off at Harajuku station and walked from there. The walk through Harajuku was quite entertaining.

Many trendy fashion conscious teenagers were out dressed in such stylish clothing, expressing their own individuality and creativity in which someone like me would probably never get to see anywhere else but in Tokyo.

We also walked through the high end areas of Omotesando. I hear the rent there is quite expensive to live in.

We then continued on towards Yoyogi park.

There were people all around enjoying the nice warm weather and sun. It was quite comfortable. After walking a bit we ran into some teenagers jumping rope. They were doing what is called the "Double Dutch". It was pretty cool to watch.

This was my first time to an annual Thai festival in Yoyogi Park.

I have been to Thailand before and so this event I was definitely not going to miss.

There were many food booths in an enclosed area near a stage, complete with performances to entertain you (however I could not understand the language).

But that didn't stop me from having a good time.

Food and beer from around the world was available.

And when it came to the various types of foods, there were all kinds of portion sizes.

You could eat a good sized meal or you could snack on this, and share a little bit of that with your friends.

You could try as much of anything there was available to eat and drink. It all depends on how much your stomach and wallet could handle.

Souvenir booths sold Thai goods there along with other booths providing cultural information. It was a good time spent and worth checking it out.

Just a bit away from the exit down the road, we found ourselves in the midst of "Earth Day Market".

This event is where the local, fair trade, and Organic meet. Started in 2006, it's intentions were to help organic farmers find buyers.

Customers such as us on this day could find a better selection of organic fair trade produce and products. Here you'll see a wide variety of organic produce such as fruits, vegetables, grains, bean, bread... and even tea.

We found ourselves looking at some jam as well, I remember.

The people there were really friendly and eager to share their knowledge on what they had, giving us samples to try. It was quite amazing to even see organic clothing and jewelry. Very eco-friendly materials here.

I have seen her right outside of Yoyogi park and I believe she goes by the name of Abe "M" Aria.

Although strange, I kinda like some of the things she does, but she can really go way out there. You just might see her on the streets in Shinjuku rocking away to the loud blasting music while being in her own world of that she only knows, expressing herself.

As I watched her dance, I felt intrigued. We were taken back in the time of the 60's psychedelic rock generation era. And her music she was playing was loud and sort of Japanese psychedelic.

We watched as I decided to tape her performance and after seeing her for the very first time, it was one of those unforgettable experiences that became etched in my mind as one of my interesting memories during my trip.

Here are a few of my personal videos of her right outside of Yoyogi park in Harajuku.

I actually like the grain and imperfections in the video after re-recording it.

The most craziness you'll ever get to see here of any street performance I have to offer.

Thank you for your performance !

While entering the busy streets of Shinjuku, we noticed a sign saying

"Warning" Act of vending performance on the street is prohibited...Chief Shinjuku Porice Station

They had misspelled Police.

But we went through anyway.

There were many on the streets that day despite the warning.

As I try to remember, there were street bands, the acrobatics type acts, along with fire eating demonstrations.

This one act had caught my attention. A Japanese male with some white paint all over his body as if he was supposed to be a sculpture. He stood there standing on top of a sculpture display stand which said "The Living Museum of Art". I decided to stay and watch.

There are many street performers in Shinjuku.

You can see them performing on the streets hoping to be discovered or as an added source of income in order to survive and make a living.

I really give them credit for being there as they create an additional part of within the culture drawing onlookers which then add euphoria or buzz in the form of entertainment.

All types of performers doing comedy, music, magic tricks...you can see them there.

Whether or not it's your favorite entertainer who can create followers before facebook with all of the other new technology that we now have today.. the old skool way once created a meeting place or hangout... or maybe even a place to chill.

For added content I have added some videos I hope you will enjoy...

Thank you for reading...

To throw some fun into the ending, I'll like to take you back to Yoyogi park and show you the dancing that goes on there.

Reliving the 50's and 60's, they are the Rockabilly dancers and Greasers.

I wish we had a place like this back home.

It would be great if we had a following like that such as those gathered there in Yoyogi park on Sundays.

This is one of the many reasons why I love Japan.

In Tokyo, there is always something to do and see. So many places to go...so it never gets boring.

And there are also the nook and cranny kind of places where you just might happen to stumble upon from just around the corner.

Even as a very modern city, there are those who still embrace the good old things like that good old Rock and Roll, Psychedelic music,House music from the 90's, Retro, you name it...etc. and yet also be progressive.

I myself get stuck in that time warp bubble sometimes and get caught along in there with them. Whether it is something from the past or recent... Tokyo pretty much has it all. I will never ever get tired of it and hope to have many more experiences to come.

In conclusion, I hoped you have enjoyed reading this as I wanted to show you some of the things you'll see in Tokyo as a viewpoint from a tourist and a simple article writer that I am.

With that I'll leave you with some fun videos to watch.

Are you or were you a Rockabilly Dancer or Greaser?

Helpful Books for Your Japan Travels

Tokyo on Foot: Travels in the City's Most Colorful Neighborhoods
An entertaining, visually rich look in the travels of an artist, as an observant in the everyday life that happens within the City of Tokyo. With a sense of humor and wit along with some colored pencils, the Japanese essence comes alive in a beautiful city here illustrated in "Tokyo on Foot".
Buy Now 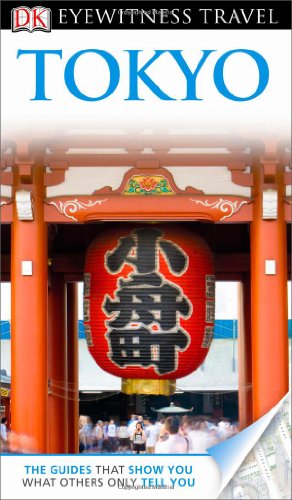 DK Eyewitness Travel Guide: Tokyo
Great recommendations for attractions, restaurants, lodging, hotspots and transportation. Need I say more? Added are attractions that appeal to most children as well. Includes a walking guide with a pull out map, and everything you need to know of the distance and time involved when making your itinerary. Lots of useful information here.
Buy Now

Please feel free to share your comments and thoughts. Thanks for reading. :) 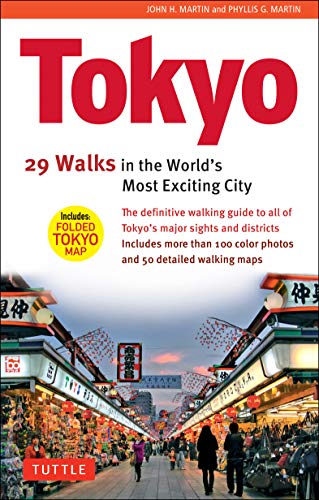 Tokyo, 29 Walks in the World's Most Exciting City
With information and history, 29 walks takes you to the many places that would make your trip well complete. From the area of Mt. Fuji, Japan's godlike symbol and to Kawagoe...it's like visiting the old Japan during the samurai days. And how about visiting the giant Buddha in Kamakura.This book offers way more and is the book to have as a guide for your next trip.
Buy Now

Streetwise Tokyo Map - Laminated City Center Street Map of Tokyo, Japan
Believe me ! Commuting in Tokyo can be a very time consuming, difficult task when trying to figure out the mazes within the many train stations in Tokyo. This map makes it easier for you to get around to where you want to go. It has detailed information on train lines, street names, and building locations to help you to pin point and navigate when traveling. A MUST if you are a foreigner who can't read or speak the language and are alone. Many good reviews and very helpful to have. Well laminated and won't tear.
Buy Now