Old barns are heritage icons - where is your favorite?

Don't you just love these old barns - let's look at a few!

I've looked at some of the 'old barn' lenses already posted, but will take a different tack to provide some new information. I've Featured a couple of my favorite 'old barn' lens, below, but the remainder of this lens is my viewpoint of 'old barns' as heritage icons.

Barns represent farm life. A huge majority of us in the USA have agriculture and farming in our ancestry if not our personal background. Thomas Jefferson, the Founding Father, hoped to see a nation of 'yeoman farmers.' I grew up on an Iowa farm - our barn is long gone, but I've got a photo or two of it I think you'll like.

In this lens we will look at several very different Old Barns. See what you think after taking this tour.

Join me is this fun adventure: Old barns as heritage icons!

Photo Credit for "Getting a Drink by the Old Barn" - I took this photo myself, of my oldest daughter, on the farm where I grew up (coming up on 50 years ago). The water from that hydrant was DELICIOUS! ;-)

The Old Barn that got this lens started

I had saved this photo from a story I did at Examiner.com (see link to that article, below) on the Buffalo National River in northern Arkansas in the Ozarks region.

If you click on the link, you go to the Wikipedia Article about it, and related historical building in the region, including the Villines Mill (which I will feature in a later lens on Mills). Note in particular the three historical periods of building structures is discusses.

This barn is located in the Big Buffalo Valley Historic District, administered by the National Park Service.

Barns in the Ozarks - photos and poem - While you are at the link, be sure to sign up for weekly newsletter.

This barn was built as part of an 1880s working cattle ranch in the Kansas Flint Hills. Click on the photo to be taken to the National Park Service site for the Tallgrass Prairie National Preserve of which it is now a part. The working ranch aspect of the site is being restored. Buffalo were recently reintroduced along with the many cattle that have been brought in each summer to graze to achieve amazing growth results for commercial beef production while maintaining proper prairie management.

The Tallgrass Prairie National Preserve was named as one of the 8 Wonders of Kansas in January of 2008. 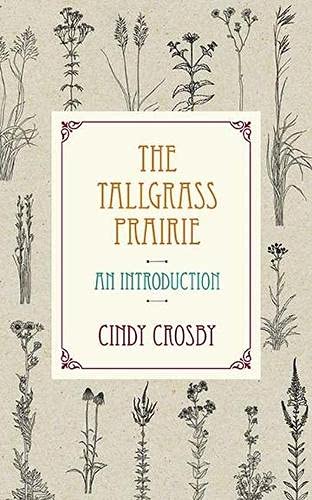 The Old Barn on my home farm in western Iowa

Our big Old Barn on the farm where I grew up in western Iowa in the 1940s and 1950s was originally red, as in this aerial photo of the farm.

Later, my Dad painted it white. You will see both in the photos in the photo gallery below of kids on the farm, with the barn in the background. I'll add additional photos here as I come across them... I know I have more! ;-)

For many years, my Dad milked cows in the front, raised hogs in the back, and kept the big second floor haymow full of straw and alfalfa hay!

Photo credits: the aerial photo has been in my family for years, I scanned it. I took one, my Mom took two of them.

An Amish Barn in Pennsylvania

This is a more modern barn, an Amish barn in Pennsylvania.

Barns are used for many purposes on farms. Whereas at our farm, it was only used for purposes related to livestock, the barn could be used to store equipment, as a grainery, and so forth. Dad milked a few cows in stanchions in our barn, but a full dairy operation is another use of many barns.

Click on the photo to see a more details description of barns on Wikipedia. 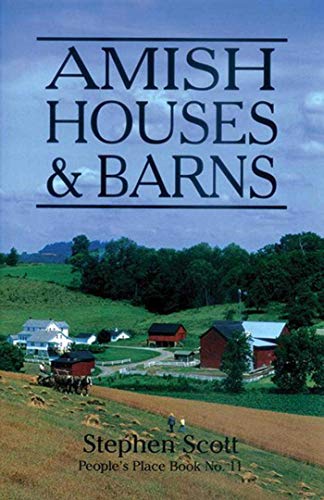