Visiting an Old World City in the Autumn

Quebec City is one of the oldest cities in North America. The old city is surrounded by a wall that still stands today. The city was named for the location on the Saint Lawrence River where the river narrows. The name comes from KÃ©bec, an Algonquin word meaning "where the river narrows".

Quebec City is the second largest city in the province of Quebec and it is the capital of the province.

In October of 2010, it was a two day stop on a cruise that I took from New York to Quebec City and back. I had a great two days walking the streets of Quebec City and trying to capture the beauty of the city in my photographs. The narrow streets and brick passageways reminded me of a European city. The changing leaves on the trees were in full color and added to the beauty of the city.

In September of 2014 I was able to again visit Quebec City. On this visit we stayed one night at the beautiful Chateau Frontenac and then boarded a cruise ship on the second day.

On this page I will share with your photographs from both of my visits to Quebec City.

Guidebooks for a Great Visit

Reading up on a new city helps you to get the most out of your visit. Whenever I find myself missing this step I am sorry. I will come home from the city and then realized that I missed some key places I would have liked to visit. 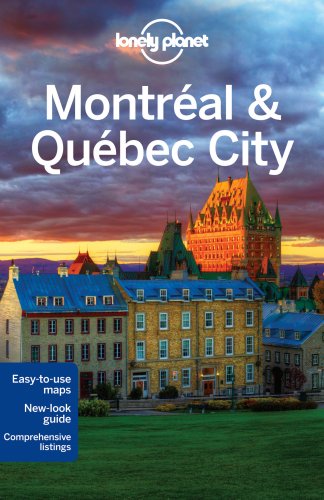 Lonely Planet Montreal & Quebec City (Travel Guide)
A city guide will ensure that you don't miss something you would really like.
Buy Now 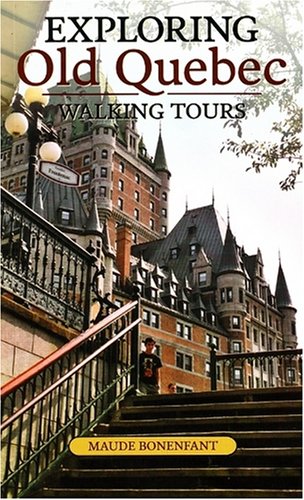 Exploring Old Quebec: Walking Tours of the Historic City
A walking tour is a great way to see Old Quebec. We spent two days walking the area and it was great.
Buy Now

High on the top of the hill overlooking old Quebec City you see the beautiful ChÃ¢teau Frontenac. This luxury hotel has served those visiting Quebec City for over a century. It is the first thing I noticed when our cruise ship came into the port at Quebec City during our first visit. It is very majestic looking.

I was really excited to be able to stay there during our second visit.

The upper portion of Quebec City is within the city walls and is the area around Chateau Frontenac. I explored this area on both of my visits to Quebec City. There were lots of restaurants and shops in among the many historic buildings. During our second visit we had dinner in the 1640 Bistro one evening.

One of my favorite places to visit is the street where artists show their wares. On this street you will find beautiful paintings, photographs, and other art mediums. Often artists will be there painting and they are happy to answer your questions.

The lower area of Quebec City is the French section of the city. It is below the walls of the city and on the shores of the St. Lawrence River. Our ship was docked by this section during both of our visits so I had a lot of time to explore these wonderful streets. They were very quaint and narrow and full of little shops, restaurants, and art galleries. Here are some of my favorite photos.

designs from my photographs

As I walked the streets of the old city. I was fascinated by all of the different windows and doorways. Each was unique and most were very colorful. It was mid October so most were also decorated for fall. I made these posters to show the beauty and variety of the window and door decorations. They can be purchased at my zazzle store at zazzle.com/mbgphoto

During our second visit we met a great tour guide who took us around in his van for two hours showing us all around the Quebec City area. He was very knowledgeable about the history of the area.

He took us throughout the 5 areas of Quebec City.

What do you think of Quebec City?

Where is Quebec City? 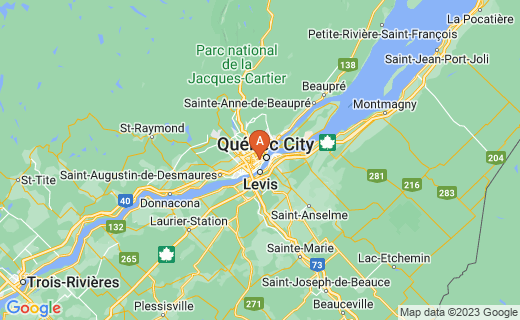