The barren landscape of the Sahara stretches monotonously for long distances across to empty horizons.

Only about 20 per cent of the Sahara is made up of the familiar sand dunes; the remainder of the region is covered by rubble or smooth rock.

Although as large as the United States, the Sahara is estimated to contain barely two million inhabitants.

Huge areas are uninhabited but wherever there is enough meager vegetation to support grazing animals or a reliable water source, small groups of people will be found ekeing out survival in one of the harshest environments on earth.

Sahara is the largest hot desert in the world and second largest desert after Antarctica. It is located in Northern Africa. It is about 1,610 km wide and about 5,150 km long. The total surface are is about 9.1 million sq km. Its name is derived from an Arabic word meaning “Desert”.

The borders of the Sahara are the Atlantic Ocean on the west, the Atlas Mountains and the Mediterranean Sea on the north, the Red Sea and Egypt on the east, and the Sudan and the valley of the Niger River on the south. The borders, however, are not clearly distinct and have been shifting for millennia.

The Sahara was once a fertile area; millet was cultivated there over 8,000 years ago. As surroundings gradually became drier, however, and desertification set in, farmers discarded their property. 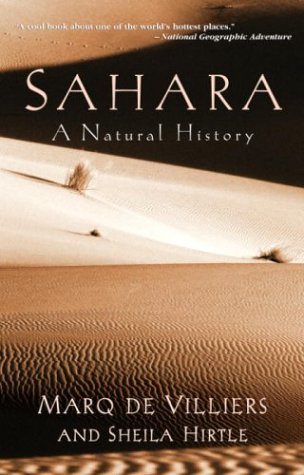 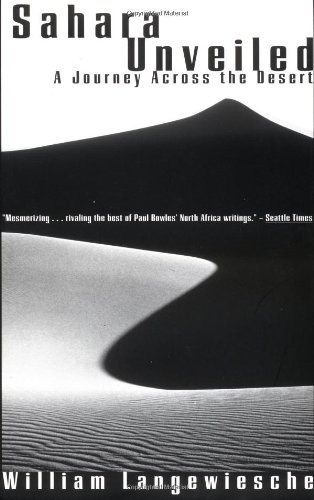 The climate of the Sahara has undergone massive variation between wet and dry over the last few hundred thousand years. During the last ice age, the Sahara was larger than it is today, extending south beyond its current borders.

The closing stages of the ice age brought better times to the Sahara, from about 8000 BC to 6000 BC, perhaps due to low pressure areas over the collapsing ice sheets to the north. Once the ice sheets were gone, the northern part of the Sahara dried out. However, not long after the end of the ice sheets, the monsoon which currently brings rain to the Sahara came further north and counteracted the drying trend in the southern Sahara.

The monsoon in Africa (and elsewhere) is due to heating during the summer. Air over land becomes warmer and rises, pulling in cool wet air from the ocean. This causes rain. Paradoxically, the Sahara was wetter when it received more solar insolation in the summer. In turn, changes in solar insolation are caused by changes in the Earth's orbital parameters.

By around 2500 BC, the monsoon retreated south to approximately where it is today, leading to the desertification of the Sahara.

The Sahara is currently as dry as it was about 13,000 years ago. These conditions are responsible for what has been called the Sahara Pump Theory.

The western Sahara is an area of rock-strewn plains and sand deserts of varying elevation. The land is almost entirely without rainfall or surface water but possesses a number of underground rivers that flow from the Atlas and other mountains. Occasionally the waters of these rivers find their way to the surface; in these naturally irrigated oases, plants grow freely.

The Libyan Desert is considered the most arid part of the Sahara. Moisture is almost totally absent and few oases exist. The land is characterized by sandy wastes and large dunes of sand 122 m (400 ft) or more in height. The valley of the Nile River and the mountainous area of the Nubian Desert to the east of the Nile are, geographically, part of the Sahara, but the irrigation afforded by the Nile transforms the desert into fertile agricultural land throughout much of Egypt.

Movies Set In The Sahara

Have you ever felt the sands of the Sahara under your feet?

Have you been to the Sahara Desert?