All over the world, the weather has been a bit weird. There seems to be a cool down, despite the Global warming. In fact according to the Old Farmer's Almanac: Global cooling may be underway for winter 2008-2009. The Farmer's Almanac claims an accuracy rating near 80%. That is more than we can say for most weather reporters.

Snow Lining the Road and Trees

From the Farmer's Almanac

This information is taken right off the Farmer's Almanac site

"For 2008-2009, we are forecasting a 'numbing' winter, with below-average temperatures for at least two thirds of the country," reveals Farmers' Almanac weather guru Caleb Weatherbee in the publication's 2009 edition, which hits newsstands on August 26, 2008.

The Farmers' Almanac is also calling for heavy snow in the Great Lakes and Plains regions this winter, with a rainy season in the South, and close to normal precipitation in most other regions of the country.

Editor Peter Geiger says the combination of skyrocketing prices for home heating fuel and the bone-chilling cold predicted for the coming winter could be "catastrophic."

"There's no doubt in my mind that this winter is going to be devastating for a lot of people. Anyone hoping for a break this year is going to have to dig in and dig deep into their wallets," says Geiger."

It is said that Winter 2008-2009 will be the snowiest in years. Here is a partial list of some of the breaking snowfall records for December 2008.

Green Bay, WI snow for Dec. 2008 (according to the Green Bay Press-Gazette)

Las Vegas gets record Dec. snowfall, 3.6 inches. School district calls off classes for first time in 30 years and flights canceled. It was biggest December snowfall on record there, and the worst for any month since a 7 1/2 -inch accumulation in January 1979.

Portland, OR snowfall for Dec. 2008 totaled 18.9 inches. December also marked the second-snowiest month in Portland's recorded history, bested only by the remarkable 41 inches of snow that fell on the Rose City in January, 1950.

Lock your doors and board up your windows

Drink Some Hot Cocoa and Put Together a Puzzle

Click on the links below to view these puzzles from Zazzle. Available in two different sizes. 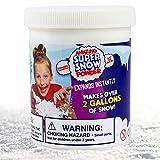 Dispite the cold weather predicted are we still heading in a Global warming?

Did your City or State break a snowfall record for Dec. 2008? - Don't Chill out...Leave a Comment! Let me know you were here!