The dream of an 11 year old little girl

When I was eleven years old, I went to see the movie, "The Sound of Music." I was mezmerized by both the story and the gorgeous scenery of the Alps and Salzburg, Austria. I was so spellbound by the beauty and magesty of the Alps, that I wanted nothing more than to be Julie Andrews singing "The Sound of Music" on her Alp. I fell in love with the mansion home the seven Von Trapp grew up in and the lovely glass sided gazebo that Liesl and Rolf danced in during the rain. Even though I was only eleven years old, I walked out of the movie theatre that evening, promising myself that someday I would sing on that Alp, walk down the majestic stairway in the mansion house, and dance in the glass gazebo (and, perhaps, it would even rain.) I had a dream!

I nursed that dream for years, never telling a soul, because I thought I would be laughed at for daring to dream of living out the fantasy of that wonderful movie. Instead, I continued growing up, studying in school, graduating from high school, (where in my senior year we put on the musical play "The Sound of Music") then attending and graduating from college, getting my first teaching job, all the while, in the back of my mind and my hopes, was the dream of seeing Salzburg, Austria, the Alps, and the various scenes from the movie. I was twenty-five years old before I had saved enough money for a European tour. I checked the tour itinerary, and yes, one of its stops was in Salzburg, Austria. So, I joined the tour, hoping to see everything I had seen in the movie, still telling no one why that particular place was so important and interesting to me.

Our European tour started in Madrid, Spain and we would arrive in Salzburg, Austria about halfway through a 65 day tour of Europe. I made many friends my age on the tour and as fate or destiny would have it our tour guide, Edwin Schneider, was from none other than --- Salzburg, Austria. Of course, we all became immediate friends. And, when we arrived in Salzburg, Austria, Edwin announced he had a surprise. Our first vening there,we were to see a showing of the film, "The Sound of Music," because the next day we would be visiting the scenes in and around Salzburg from the actual movie. I nearly collapsed from excitement. My dream had come true! No one was more surprised than I. This was more than I had ever dreamed or hoped for on this trip.

We boarded the bus in the morning the next day, and first took a tour of the city of Salzburg, particularly the Altstadt or the Old Town. I was like a child with her nose pressed against the bus window, seeing the exact places where Julie Andrews as Maria road in a wagon down the street with the children. There was the church where Maria and the Captain had married. I couldn't believe it! I had to pinch myself to make sure I wasn't just dreaming all this.

Next, the bus took the large road out of Salzburg called Konigstrasse, and about fifteen minutes later we pulled up to the lovely mansion house the Von Trapp children lived in within the movie. Today, the house has been turned into the administrative offices of a local university in Salzburg. But, on that day, it was the Von Trapp Family home. We were allowed to go inside and as I descended the majestic stairway of the home, I was living my dream. Then, for fun, seven of us got together and sang the "Cuckoo Clock" song on the stairs from a scene in the movie when the children sing goodnight to all the people gathered there for a party. Next, we went out to the back of the house and sat on the patio the Von Trapp children played on in the movie, seeing the beautiful, glass- topped looking lake the children and Maria fell into while canoeing back to the house. I looked for the glass sided gazebo next. I couldn't find it anywhere, and when I asked Edwin why it wasn't there, he chuckled and pointed across the lake to another property, and there was my beloved gazebo. Of course, Hollywood, when filming the movie, made it look like the gazebo was right next to the mansion house.

Of course, we reboarded the bus and drove over to the gazebo. And, yes, we all danced in the gazebo singing, "I am sixteen going on seventeen," until tears streamed down our faces. We danced on the benches and jumped from one bench to the next, just like in the movie. My dream was almost complete. The following day, we went to the top of the Alp where Julie Andrews as Maria sang "The Sound of Music." We twirled around and sang the song and my dream was complete!

Who would have thought that the silly, girlish dream of living out the fantasy of the movie, "The Sound of Music" would come true so completely for me? 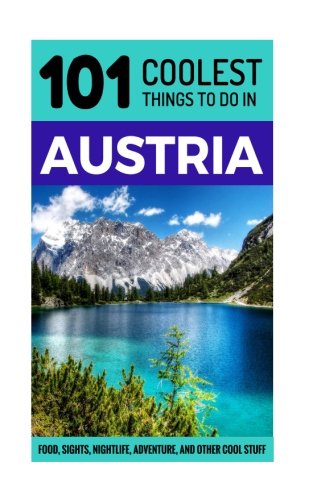 Salzburg, Austria is nestled at the base of the Tyrolean Alps and also along the Salzach River. The name means salt castle because, one, there is the castle at the top of the hill overlooking the city. It is the Festung Hohensalzburg. It has been turned into the abbey that Maria Von Trapp joined as a novitiate on her journey to become a nun one day. Two, there are salt mines nearby around the city and they can be toured. You can descend into the deep mines and take a wild ride on a salt mine car. And I mean wild; it is like a roller coaster ride in a salt mine. Wild!

You don't want to miss the Altstadt or Old Town Salzburg that is full of baroque architecture and it is one of the best preserved city centers north of the Alps. Salzburg has been listed as a UNESCO WORLD HERITAGE SITE in 1997. Here is the shopping and business center of Salzburg that has retained the original architecture and look from hundreds of years ago.

Shops are full of cuckoo clocks, wood carvings, Austrian chocolates, pastries, cookies and cakes, beers, wines, food, Geiger boiled wool jackets, dirndls , scarves, and Alpine hats with local pins for them. Walking down the main street, Getreidegasse, is like returning back in time a few hundred years ago, and seeing and passing all the wares sold in town. Most of the sales persons in the shops and the waiters and waitresses are dressed in the authentic leder hosen (leather pants) and dirndls of the national dress of Austria.

Salzburg is also the birthplace of Wolfgang Amadeus Mozart, the 18th century classical music composer and genius. And, of course, Salzburg, too, has a Mozart Fest during the summertime usually inside the music hall in the Altstadt. You can also visit and tour Mozart's Geburthaus (the house he was born in) which is also a museum dedicated to his musical genius.

On the 250th anniversary of Mozart's birth, January 27, 2006, the city of Salzburg pealed the bells of all thirty-five churches throughout the city at 8 pm to celebrate the occasion. It was a glorious remembrance for the hometown musical genius.

Salzburg also has three universities in and around the city and, therefore, has a vibrant and energetic student population that you will find the the city's ratskellers (basement beer halls) of the many restaurants and inns. And, the students and the universities provide their own culture to the town of Salzburg.

Visit Salzburg, Austria, whether you like the film, "The Sound of Music," or not. It is a beautiful city and the Austrian people are very friendly and welcome tourists and visitors. It is a city rich in history, culture and especially, music. I've visited it many times, but my first visit has always been so special to me when the dreams of an eleven year old girl came true.