Stella has written a collection of childhood memoirs, some of which are travel related and others about growing up in Plymouth, Devon, UK

Returning to the place I learned to swim was in some ways a big disappointment. The open-air children's pool had been filled in, all signs of its existence now obliterated by tarmac.

A tubular, metal playground now stands where I once floundered around in the water with my school pals. We would pretend we could swim by ‘walking’ along the concrete bottom on our knees until we got the hang of it. I still have the photos of a flotilla of bright orange armbands and rubber rings bobbing up and down in the water and faces I can no longer put a name to. The girls all wore those hideous floral swimming caps in the sixties and seventies - funny how no-one ever wears them now.

After school on an endless summer's day, it was forget the homework, grab your towel and swimsuit and dash down to Mount Wise open-air swimming baths in Plymouth, Devon, UK.

Swimming in the open air has always been one of the privileges of living near the sea that Plymouth children take for granted. Not only is there the sea itself to swim in but a vast selection of outdoor pools that line the seafront. From Mount Wise and Devil's Point, we would watch the warships leave the dockyard as they made their way past the bust of King William affectionately known as ‘King Billy’, down the River Tamar past Drake's Island and out into Plymouth Sound. We'd laugh at the fishermen on the quayside who only ever caught dogfish and crabs in spite of all their impressive fishing tackle.

Being blessed with a West Country childhood meant I was never far from the sea. Dotted along the coast there were plenty of expensive tea shops selling Devonshire cream teas for tourists but we children would opt for a hot Cornish pasty from a mobile kiosk as we meandered home after our daily swim. Filled with delicious meat and onion and with pastry strong enough to hold without it falling apart, it was the perfect alternative to a meal at home.

The other two pools in the Mount Wise complex have now been re-vamped with money from the European Social Fund. You don't even have to pay an entrance fee now. The brand new pools were an instant hit with my own children who weren't interested in knowing how the place used to look when I was their age, but they were envious because I was able to come here to swim almost every day in summer, weather permitting. Living forty miles from the coast, the sea remains a novelty for them but it never was for me at less than half a mile from my own front door. Unlike them, I don't remember the first time I saw the sea - it had always been there and I didn't fully appreciate it until I relocated to London at the age of twenty-one.

Admittedly, the developers have made an excellent job of the gleaming refurbished riverside centre, but you know how it is with memories; you move away and expect things to have stayed exactly as they were when you left. I still remember the formal Mount Wise Baths where my school's swimming galas were held, not the fancy tiled pool with fountains that spurt out unpredictably like demented geysers just when you are all dried off and have applied a fresh layer of sun-lotion.

Plymouth also boasts the wonderful semi-circular Tinside pool, constructed in a decadent Art Deco style. The pool has a unique history. Originally built in 1935 it enjoyed a pre-war heydey when it hosted beauty competitions and elaborate galas. It was even put to good use for bombed out people to wash their clothes in during the blitz! My own memories of this impressive outdoor pool on Plymouth Hoe are still vivid but somewhat tarnished by the fact that I very nearly drowned there as a four-year-old. I remember cavorting in the spray of the two giant fountains which dominated the pool while my father would practice his diving skills from the board in the deep end. He always took the credit for diving in to save me after I got out of my depth but my mother swears to this day it was not dad but my uncle Harry who performed the heroics. Ironically, it was he himself who was destined to meet an untimely end a few months later when he suffered a massive heart attack whilst still in his forties.

The pool eventually closed in 1992 and fell into a state of utter neglect until it was refurbished in 1998 after an intensive local campaign. Three and a half million pounds were spent before it was reopened to the public and the whole complex is now a listed building. I feel the money has been well spent and no visit to Plymouth is complete without a trip to see this marvellous pool (or ‘lido’ as it is now more fashionably named). It commands a prime position on the seafront at Plymouth Hoe and is arguably one of the city's finest attractions.

The Basic Rectangular Pool of Yesteryear

The Year-round Luxury of Indoor Pools

On winter days throughout my early childhood, I would remain at home and could only dream of swimming when summer returned. I remember the excitement I felt when I found out that an indoor pool was to be constructed. For a child of the sixties, it was an exciting time to be growing up in Plymouth. The city that was bombed beyond all recognition during The Blitz was now becoming one of the most modern cities in Europe and by the time I'd learned to swim, two brand new indoor pools had been built. Now there was the choice to go swimming whenever I felt like it, not just when summer sun allowed.

The heated indoor pools at Central Park and the Ballard Centre gave Plymouth children every opportunity to swim both with the school and in their own free time. I considered myself lucky.

Present day Plymouth now has something even better - a vast, heated indoor complex which boasts a pirate ship, and a tropical beach, amongst other delights that my own children were keen to introduce me to. ‘The Pavilions’ is home not only to an attractive pool but also a skating rink complete with a Swiss mountain village backdrop.

Whatever happened to diving boards? Modern pools even ban diving from the pool-side in the deep end. It's all flumes and fountains nowadays. ‘Come on Mum!’ the kids screamed in delight as soon as they'd donned their swimsuits. ‘There's a wave machine!’

‘Whatever's that?’ I replied, ‘Is it something for restyling your hair when you get out of the pool?’ I hadn't been swimming for years. I hadn't even bothered to shave my perpetually trouser-clad legs, but now denuded of all superfluous body hair, my ample figure crammed into a slightly tight bikini, I prepared to brave 'the lazy river'.

‘You just go with the flow,’ the children advised me. ‘Lie still and float and the water will just carry you along.’

‘It's a bit tough going,’ I panted as spat out my third mouthful of chlorinated water before realising I was battling in the wrong direction against a raging torrent. But once I got the hang of it I could have stayed there all day, floating along effortlessly without a care in the world. The hot, humid atmosphere was wonderful too. Who cares if it's snowing outside?!

The kids even forced me to go down the water chute. I bravely climbed the stairs where a stern notice warned me at the top:

DO NOT ATTEMPT THIS IF YOU HAVE A HEART CONDITION

Well, I might have - later. I hesitated too long until a small hand pushed me, speeding me on my way. It was far more adventurous than the rusty old slide I had to queue for ages to go on when I was a child. ‘Now I know what it feels like to be a spider washed down a plug-hole,’ I laughed. ‘And didn't I give that lifeguard a shock when I reached the bottom!’ He was treated to a real eyeful when the force of the water dislodged the contents of my bikini top, but it was all in a day's work for him I suppose. I thought I'd done irreparable damage to my back before I hauled myself up and regained my composure, but after checking I was all in one piece I even ventured another go. ‘It's great to be young!’ I exclaimed as I joined in with the kids.

After my introduction to modern-day swimming complexes, my childhood reminiscences now seem quite bland in comparison. But the old, oblong pool at Mount Wise with its broken and faded surface, the rusty slide and the dodgy diving board, still hold a fond place in my memory. It seems as if we had a lot less of everything in those days but we still had ample opportunity to enjoy our fair share of fun.

Nowadays, You Can Even Have Extreme Water Parks! It Doesn't Come Any Better Than This! 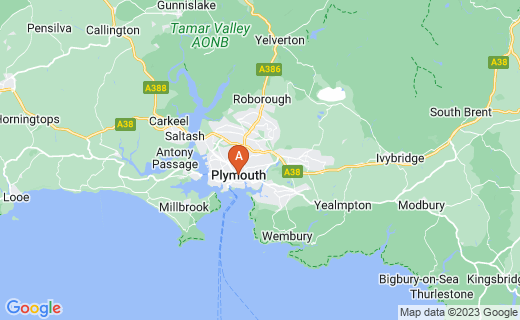 Which do you prefer for swimmng?