Top 5 Places To Visit In Tokyo

This author is a former I.T. graduate turned vagabond who travelled extensively and has lived and worked in Japan for many years.

Asakusa Shrine is possibly the most famous Shinto shrine in Tokyo, Japan. Located just minutes walk from the subway station of Asakusa. The shrine was built in honor of three men who founded the Sensō-ji. Asakusa Shrine is just one of many sacred buildings in the Asakusa area. This shrine is free to visit and also has an interesting open roof market that can convert into a closed roof when it rains.

Shinjuku offers many different things to see day and night. Some things to see include walking the streets to see local Tokyo fashion, Gambling at Pachinko Parlors, shopping at the famous Takashimaya Times Square department store or the giant Odakyu electronic store, and visiting the cafe and free tower view at the Tokyo Metropolitan Government Building in Shinjuku near the famous business street of Tocho Dori avenue.

The best free view in Tokyo is from Tokyo Metropolitan Government Building in Shinjuku. There are views from two towers, a north tower and a south tower. Both views are located on the 45th floor approximately 202 meters above the city. There is a diorama of the city, and other historical information about the building, such as the story of Kenzo Tange who was the designer of the Metropolitan Government Building complex.

Which area in Japan is your favorite to visit?

Ginza is well known as the most upmarket shopping area in Japan. It attracts visitors from all over the world, as well as locals. Every leading brand name in world fashion and cosmetics has a store here. The most famous Japanese department store in Ginza is called the Mitsukoshi department store, which was opened in 1930. On Sunday afternoons the streets are closed to traffic to allow the large number of shoppers to walk the streets. 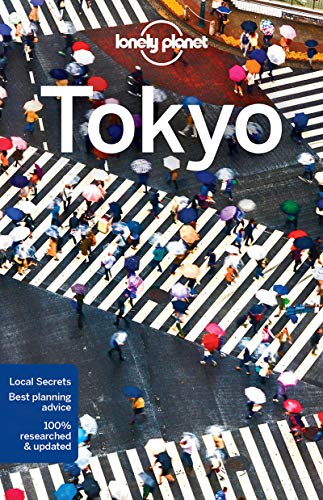 Tokyo Dome has an extensive entertainment area that is located in the heart of Tokyo. It is best visited from Suidobashi Station on the JR Chuo Line. The shopping precinct is called the Tokyo Dome City. Consisting of the Tokyo Dome itself, where baseball is played, an amusement park, the LaQua spa, and many kinds of shops.

No trips to Tokyo are complete without a visit to the famous Tokyo Tower. It was constructed as a communications and observation tower in 1958. Tokyo tower was desgined by Tachū Naitō. It is located in the Shiba-koen area of Minato, Tokyo, Japan. There is also a beautiful park and shrine nearby. The famous Ryoma Sakamoto used to train in kendo at this shrine. The tower is 332.9 metres high, it is the second highest tower in Japan. 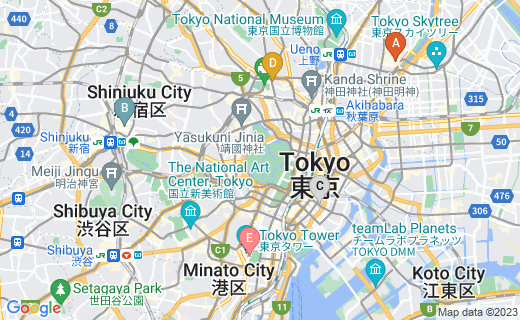