Six National Heritage Areas in the Northeast United States for your consideration.

Photo is of my ninth-great-grandfather, Roger Conant, Salem, Massachusetts.

Naumkeag, a settlement located east of the present day Salem, Essex County, Massachusetts, commuter rail station was first settled in 1626 by the Dorchester Company with Roger Conant as Governor.

Photos in this Lens Courtesy of Wikimedia Commons.

Go to the link, above, to learn more about this fascinating set of experiences, here in Essex County, Massachusetts.

The Hale Farm is an example of a great site in the Essex National Heritage Area; see photo, and click on it for more information.

I have ancestors who would have been neighbors of the Hales at this farm, in Beverly, Massachusetts.

Built in 1695, possibly with structural members from an earlier parsonage, the John Hale House was residence to many generations of Hale family descendent. It features several later additions, including a 1745 gambrel-roofed ell which now contains the main entrance facing Hale Street.

Reverend Hale was responsible for the establishment of the First Parish Church in Beverly in 1667, and for writing the petition to the Great and General Court separating Beverly from Salem in 1668. Hale's wife Sarah was accused as a witch during the Salem Witchcraft Trials; leading him to author his famous analysis "A Modest Inquiry into the Nature of Witchcraft", which is considered a classic of colonial American literature. For more information, visit www.beverlyhistory.org. 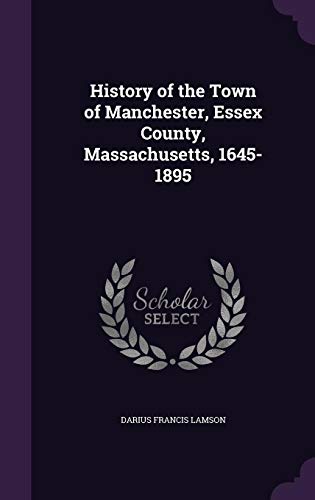 See more of these NHA sites at the link, above.

The Freedoms Way National Heritage Area includes communities in Massachusetts and New Hampshire that share unique historical, natural, and cultural resources. The region is home to a series of historic events that influenced democratic forms of governance and intellectual traditions that underpin concepts of American freedom, democracy, conservation, and social justice. These 45 cities and towns share common themes that have contributed toward this special landscape of American History.

The Photo is of The Buckman Tavern, Lexington, Massachusetts. The Buckman Tavern served as the rendezvous point for the Minutemen on the morning of the Battle of Lexington. It remains much as it appeared in 1775. The town purchased the tavern in 1913 and leased it to the Lexington Historical Society, which continues to operate it as a museum.

Through a partnership with the National Park Service, Hudson River Valley National Heritage Area collaborates with residents, government agencies, non-profit groups and private partners to interpret, preserve and celebrate the nationally-significant cultural and natural resources of the Hudson River Valley. In this way, we encourage public stewardship for these resources as well as economic activity at the local and regional level.

Designated Heritage Sites of the Hudson River Valley National Heritage Area are those that meet the following criteria: owned and operated by a local, state or federal government or a not-for-profit organization; open and accessible to the public; relevant to at least one of the themes of the Heritage Area; contain interpretive components and a trained staff; offer visitors an incomparable cultural or historical Hudson River Heritage experience.

The Photo is of the Entrance to Stony Point State Park.

The Stony Point Battlefield preserves the site of the last major battle of the north-eastern colonies during the American Revolution.

"With the 128-mile Schuylkill River as its spine, our Schuylkill River National and State Heritage Area is alive with a remarkable diversity of historic, recreational and cultural attractions. Visitors can shadow the birth of our nation from the fabled landmarks of Philadelphia to the huts and hollows of Valley Forge. Upstream you'll find a wealth of historic places, quaint river towns, parks and access to the river and trails."

See more details on this NHA at the link, above.

Photo: A replica of a cabin at Valley Forge in which soldiers of George Washington's army would have stayed during the winter of 1777-1778.

"Pennsylvania's Oil Region is rich with history. It was within the Oil Region that, in 1859, Colonel Edwin Drake drilled the world's first commercial oil well, initiating a chain of events that literally changed the world.

But that's our history. Welcome to the future. Welcome to your future. Welcome to the Oil Region Alliance, the designated lead economic, heritage, and tourism development group in the Oil Region. We provide opportunities for job creation and enhance the quality of life in the place that accelerated history into the future. Whether you are starting, expanding or relocating your business, looking for a great place to live, or considering recreation and vacation opportunities, you are in the right place. We are ready to change your world. Check out the Oil Region Alliance...History In Progress!"

For more details on the Oil Region NHA, click the link, above.

"From 1875 to 1980, southwestern Pennsylvania was the Steel Making Capital of the World, producing the steel for some of America's greatest icons such as the Brooklyn Bridge and the Empire State Building. During World War I and II, our steel workers carried a nation's defense on their backs, producing more steel, armor and armaments in a single year than entire countries. While many of the region's legendary mill sites have been dismantled, and it has been decades since the mills belched fire and smoke over Pittsburgh's skyline, the enormity of the region's steel-making contributions and its historical significance to the nation demand its story be told and its sites be preserved."

For more details of Rivers of Steel NHA, click on link, above.

The Homestead Strike was an industrial lockout and strike which began on June 30, 1892, culminating in a battle between strikers and private security agents on July 6, 1892. Photo: The Pinkerton men leaving the barges after the surrender.

Leave your comments below.

Which of these six NHAs would you like to visit first?