Galaxy is an experienced worldwide traveller, from five-star hotels to yurts, from boats to motorhomes - she has tried them all.

Mother nature is a funny thing, with the power to change and even end lives. Just when we, as a race, think we can control her she throws something big at us to prove us wrong. From tidal waves to earthquakes, massive storms to Icelandic volcanic eruptions, you never know what she is going to throw at us next.

I am writing this sitting in my back garden looking up at the empty sky after checking the latest travel news on the BBC. Our house is about five miles from an airport and usually, at this time of day, there would be a plane flying overhead every ten minutes or so. But not today, the volcanic ash cloud blanketing the UK has made the entire country a no-fly zone.

In one way the silent skies are beautiful, in another way I find it more than a little unsettling. It’s also rather humbling and a touch reassuring that nature can still, quite literally, bring us back to earth. We, as a race, seem to think that we can control everything around us and to find that control is simply an illusion has been sobering. 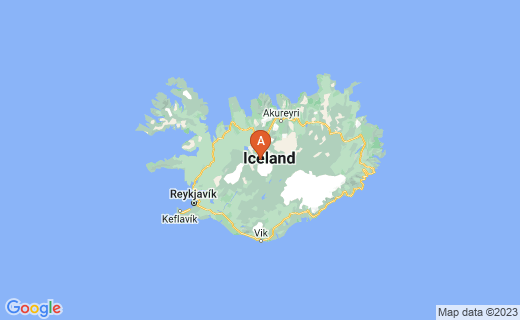 This ash cloud is odd too, you can’t see it, the skies are clear and bright, the sun shining, to look up you wouldn’t think there was anything different today than this time last week. Except for the emptiness.

Last evening my husband called me outside to look at a hot air balloon drifting low on the horizon. It gave me a small taste of the wonder and amazement and indeed fear that the early pioneers of aviation provoked.

I know that in the early days of ballooning some of the men were attacked by the people on the ground when they landed. In France, the balloonists started carrying bottles of wine and champagne to hand out when they landed to show that they were friendly and not about to invade.

This tactic seems to have worked and the practice persists to this day in some countries including here in the UK.

Icelandic Volcano During a Full Eruption.

The Best and Worst in Humanity.

This ash cloud has brought out the best and the worst in humanity. For every hotelier in Greece who is feeding the stranded people for free, there is a ferry company charging five times more for a ticket. For every person making the best of things, there is another moaning that the government should do something. For every lottery winner paying for a group of school children to get home, there is someone fighting their way to the front of the Eurostar queue.

The volcano in Iceland with the unpronounceable name has changed our lives temporarily. I have friends who should be on holiday today and friends who should be home. My daughter will be going to school today without several of her best friends, a few teachers and with a foul mood about her. She had the chance to go on a school trip to New York but turned it down because it was only for four nights. They should have flown back on Thursday but they still have no idea when they will be coming home. The four-night trip is turning into the adventure of a lifetime for them. They may have to fly to Spain where the royal navy can pick them up and sail them home.

My daughter is gutted, I am relieved beyond measure that she isn’t on that trip. I don’t like flying at the best of times, add to my fears the thought of something lurking in the skies that could possibly bring a plane down and I think I’ll be taking no-fly trips from now on.

Would you fly knowing that your flightpath might take you through an ashcloud?