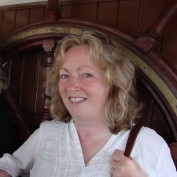 Joined 11 years ago from UK Last activity 8 days ago

Amateur artist, art historian, and more than eight years as a property professional. As writers, our life experiences tend to dictate the subjects we choose to write about, so it will come as no surprise that my favourite topics to explore are Art and Property.

My interest in Art has led me to both buy, and sell, paintings by other artists over the years, and my hub on researching old paintings and prints has proved very popular, and hopefully, helpful! I recently followed this up with another hub on different aspects of the same subject, and if you are looking for some more great tips about art research, you can find them by reading my articles.

Just recently I have been concentrating my energies on articles about house prices. Coming as I do, from the south-east of England, I began my research locally, but the tidal wave of interest in this subject has led me to expand further afield. I intend to cover the majority of the Uk by the time I finish. That's if I don't run out of steam first! Counties already covered include Sussex, Surrey, Hampshire, Kent, Essex, Devon, Cornwall, and Oxfordshire

To date, I've published over 60 hubs. Dig in, and you might be surprised what you find here! How Much Is My Old Painting Worth? Research, Appraise, and Sell

Do you want to know more about that old picture? Is it a valuable watercolour or oil painting? What is it actually worth? How can you research it for free? The Pre-Raphaelite Paintings of King Arthur, the Arthurian Legends, and the Lady of Shalott

The inspiration behind the many pre-Raphaelite paintings of Arthurian lore. House prices in London and the South-East are generally some of the highest in the UK. But there are still bargains to be had. Read on to discover the cheapest towns in Kent...