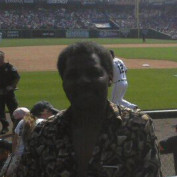 Joined 6 years ago from Detroit

Examining the nexus of energy and matter. Exploring for metaphysical clues in the process. What factor or effect does our consciousness, and or 'god', have in articulating our study life as we know it.

Alchemy, Transmutation of the Soul- The Great Work

Alchemy, the least understood of the mantic arts. Alchemy is founded on elemental scientific principles. The goal of alchemy is purification, distilling, down to the primordial spirit/energy.

Capitalism's excesses are becoming too much for the world to bear. Three seminal events in the last eight years have highlighted this fact. The 2008 crash, Occupy in 2012 and Bernie Sanders' rise. Those are not three separate events, but a cascading evolution to something new, more sustainable.

“You cannot have outer revolution without inner revolution," according to Buddhist teacher Doug Duncan. That is the major distinction between blind rage, bloody revolution, and enlightened human evolution.

A Christmas Carol For A Wonderful Life

Two stories about men of privilege. George Bailey, a likeable guy, took his privilege for granted. Ebenezer Scrooge, a tragic, tortured soul, didn't even acknowledge the concept of grace and favor, he was a social Darwinist. Both stories highlight the power of grace through gratitude.