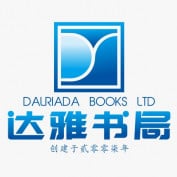 Joined 14 years ago from UK

Dalriada Books started in year 2007 as Private Limited Company with registration number 06144116. The Dalriada Books company has been functioning successfully for more than 10 years. The firm's office is based in Yorkshire.

How Much Is the Monthly Salary of Reform Through Labour in Prison?

Laogai, which means reform through labor, is a criminal justice system involving the use of penal labor and prison farms in the China and North Korea, this is story told by former inmate, about how much a prisoner would get for a month labour.