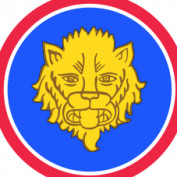 Bronx by birth. Northwesterner by choice.

Some of my favorite quotes:

"If you can't annoy somebody, there's little point in writing," (Kingsley Amis)

"Real liberty is neither found in despotism or the extremes of democracy, but in moderate governments." (Alexander Hamilton)

"The night is dark, but the sidewalk's bright...and lined with the light of the living." (Springsteen)

If there are vets you know who would like to have their story told, please get in touch with me. It would be my pleasure to help.

Author, Red Legs of the Bulge: The True Story of Artillerymen in the Battle of the Bulge.

What Happened to Lt. Eric Wood?

Lost in the woods of the Ardennes, a lone American artilleryman sets out to fight his own war against the Germans.

The House on Waverly Drive: The Tate and LaBianca Murders

The Tate-LaBianca murders shocked the nation. Fifty years later, Leno and Rosemary LaBianca are the forgotten victims of the Manson Family.

Was the recklessness showed by Custer at the Little Bighorn fueled by a humiliating rebuke from President Grant?

The New York Giants had long played second fiddle to their crosstown rivals, but in 1951, their manager made a decision that put them in the history books once more: the first all-black outfield.

A fan was shot and killed at the Polo Grounds in 1950. The crime was quickly solved but questions remain about the shooter.

Forgotten Massacre: The Story of the 333rd Field Artillery Battalion and the Wereth 11

During the Battle of the Bulge, one segregated unit nearly lost all its men and it took years to be recognized. By helping to defend both St. Vith and Bastogne, it deserves its place in history.