What is Dog Cageless Dog Boarding?

You may have never heard about cageless dog boarding, but you should learn about this option if you over worry about your dog or refuse to leave him in a cage during your vacation. No more guilt! This option is wonderful, as your dog will be going on vacation too and you can rest peacefully on a secluded island knowing that your dog is having the fun of his life!

So what is cage-less dog boarding? of course, it's a place where dogs are kept overnight but without cages. Other names for this are doggie resorts, doggie bed and breakfast and doggie spas. They are basically places where pampered pooches get to enjoy their vacation but without staying enclosed in a cage all day. Amenities include walks, exercise, play time with other dogs, dog beds, toys, extra cuddling and some even have 5 star amenities such as swimming pools, suites and other high-value items just for the dogs. 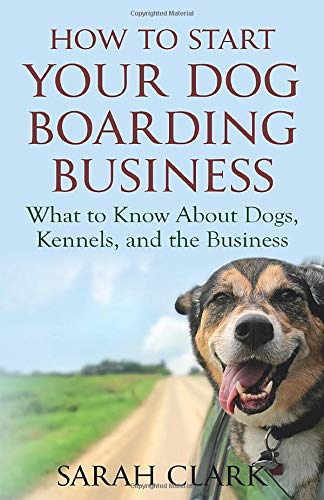 How to Start Your Dog Boarding Business: What to know about dogs, kennels, and the business
Buy Now

Advantages of Cageless Boarding for Dogs

Why Should You Choose Cage-less Boarding

I had to board my Rottweilers in a kennel a couple of times since I had them. The first time, we chose our veterinarian. We trusted having our dogs in their care and if there ever was a medical emergency, we knew they were in good hands. I boarded them for 5 days as we went on vacation. At that time, my male had Valley Fever so he had to have his flucanazole, an anti-fungal medication administered every day. I left the staff with 12 tablets of flucanazole, to give twice a day and two extra ones, just in case we were late picking the dogs up and had to stay an extra night.

So we left them behind, but I called every day. First day, I was told our dogs didn't touch the food. We were a bit surprised because they always eagerly ate their meals at home. When I called the second day, it was very upsetting to know that they didn't eat again. These were 8 month old pups that would normally wolf everything down! This whole ordeal took a bite out of the fun of our vacation as I was imagining them being overly stressed. Finally, it was a relief to hear they ate the third day.

It was very exciting to see our dogs when we went to pick them. I thanked the staff for taking care of them. But in my mind, I felt sorry for our dogs when I saw where they were boarded. Yes, they were safe at the vet, but imagine how scary it was to be kept in cages next to other sick dogs in pain, odd surgical noises and that anal gland smell released from dogs scared of the vet. Finally, when I got home, I decided that was the last time I boarded them there. When I opened my bag with all their toys and food, there was the bottle of flucanazole. To my dismay, it was still full.....basically, all 12 caplets were still there! Here I was, boarding at the vet, trusting them and they didn't even bother to give my dog his medicine when he was having such a serious condition!

When I called, I was hoping to hear that perhaps they had given him their own flucanazole. Apparently, not.If they did, it would be on record and there would have been a charge. They told me also that they wouldn't do that. So how can it be they gave me back the whole bottle, that was supposed to be almost empty? Nobody seemed to have a clue! That was the end of it, I had enough. They lost me as a customer.

The next time we boarded our dogs, we chose a boarding kennel that had a very good reputation. Upon dropping our dogs off, we were told they would put the toys and blanket I gave them in their kennel. These were safe toys, Kongs to be precise and a blanket that smelled like home. The worker took them and said she was going to put them in their cage. When I went back to pay, as I had forgotten to get my checkbook in my purse in the car, I glanced at their shelves, and there were my dogs' toys and blanket along with many other toys other owners had left. I felt awful once again. The only things they had that smelled like home and that in my belief would have kept them occupied, was likely never given to them. Indeed, when we picked them up the toy and blanket looked and smelled as if they were never used. Before complaining about this, however, I put myself in their shoes. Perhaps, in the past they did give blankets and toys but they might have been chewed up by some stressed dogs and there's obviously nobody to monitor. Perhaps,they do so to keep them safe, but why would I want to board my dogs in a place that causes them stress in the first place?

We were planning to travel again after some time not too long ago. I went to call a boarding kennel that was very close to my home and asked if I could bring my dogs there so we could just visit the facility, and stop by every now and then, so to get our dogs used to the place and staff. The guy on the phone was very rude. He said" why do you want to bring them here? we only have cages, there's nothing to see." He heard I was upset and then called me back later saying that that if I really wanted to visit it had to be during their "visit" time....Why? What do they have to hide? was my first thought....Of course, we never boarded them there and that was the last time we ever thought about going on vacation.

Why I opened a Cage-less Boarding and Training Business

So after all these bad experiences, I decided to open my cage-less boarding and training center. Because we live in a military town, soldiers are often deployed with little notice. I allow clients to drop off their dogs at any time, even at 3AM. I take no more than 3 dogs at a time so they get the level of attention they deserve. Also, I offer training with boarding for long stays. My home is a haven for dogs as we have a fenced half acre yard, a walking trail in our 5 acres and a 2,220 square feet home. We have loads of enrichment activities and dogs romp and play for a good part of the day in our large play room.

Dogs are supervised 24/7 and when it's bed time, they spend some time with us in our living room and then at night, they are assigned a large exercise pen with their dog beds that smell like home for comfort. I use calming diffusers because I know dogs are a bit stressed when in a new place. I guess they work well along with fresh air and play as many dogs with a history of not wanting to eat when boarding in a kennel, eat the first day when boarding with us. Also, I recently got Pet First Aid certified to ensure I know what to do in the case of an emergency. I really feel that cage-less boarding is the best solution when it comes to leaving a dog when going on vacation.

This is a guilt-free solution for people who want to relax when they leave their dogs behind. The "homey" environment works wonders for dogs who get easily distressed. Many customers are happy to get daily pictures and updates about their dogs. Sometimes we even organize Skype sessions for those who miss their dogs so much!

I really think dogs don't deserve being locked in a cage. If you can find a cage-less boarding center or a doggie resort near you, I think that's what your dog deserves the most. Just make sure the owners are qualified and knowledgeable. Pet First Aid Certifications are important. Many owners of cage-less boarding centers are also veterinarians, dog trainers and behavior consultants. Experience counts so you know your dog is in a great place and in great care!

Alexadry© All rights reserved, do not copy.

Vote and share your thoughts in the comments section

Where do you think dogs board best?