Having ridden horseback all over the country my favorite place to ride will always be the Black Hills of South Dakota. There are beautiful places to ride in Southern California where most of my early riding was done. My father was an avid rider and horse owner, he taught me to ride at age fourteen. He liked horses with spirit and it didn’t bother him if no one else could get near his steed. My riding lessons were given on the California desert.This was a special time as it was father, son time and we spent it alone together. Each time trying new things, stretching our limits,and enjoying a slow walk home enjoying the scenery and talking.

The semi desert outside Riverside was beautiful in its own way, boulder filled hills with a few sage brush giving them just a touch of color filled this scene. Riding through orange groves after they were trimmed back was a favorite pastime. Even putting the horses to pasture was a pleasure at times with seven mini rainbows in a grass covered meadow filling your eyes.

With the backdrop of the three sisters which are part of the cascade mountains, the central Oregon desert was another beautiful place to ride. If you timed your ride just right you could see the sunset three times in one evening. Winding through the foothills took your view of the three sisters and each time they came into view again they seemed even more spectacular.

Then for a while it seemed like the hills in central New York where you could ride at full gallop under an ever changing canopy of colors was the best place to ride. Any time you were on top of a hill and had a view it seemed like there was a multicolored wonderland which you would want to last forever. In the spring you would see a sea of green which changed from light green to black at sunset.

Riding in the hills below Lancaster Pennsylvania was the most social riding ever encountered. The scenery was beautiful and you never got far without running into someone with the same idea. There were many times a ride was spent with more time talking and taking in the rolling hills with Amish farms in the background than riding.

The only thing that reminded me of home when riding north of my military post in San Diego was that my father brought the horses down so we could ride together. We never did ride on the beach but it was possible. It was a crowded world there so the view was filled with houses, not something which was wanted after being on post surrounded by people and buildings for weeks at a time. We spent more time talking while the horses were at a slow walk and just rode for hours.

In Alabama while posted there riding was time to let your mind wander. Anyplace where it would have been comfortable for me to ride was off limits. The bogs and heavily forested areas weren't safe for a rider alone. After the second time my heart was no longer in riding in that area. When the itch to ride hit me too bad, available leave time was used and a trip home was the ticket.

By the time the Black Hills became part of my life a wheelchair had been my legs for three and a half years. There had been no riding in those years. Finding a horse who would let someone in a wheel chair get near it much less ride it was a chore Once one was found the first thing that happened was she became mine. Then it was off to the local saddle store. My horse was short bodied and there had to be some way to keep me in the saddle. Two weeks later it was time to ride.

Just being able to ride again gave me a sense of freedom that hasn’t been found since. It was as if horse and rider were one and able to do things neither would alone. There were also riding opportunities for me there which were never found anywhere else. No one had ever asked me to ride in a parade, herd cattle, or ride across streams seven times in an hour.

My Indian upbringing and wanderlust were always leading me off the beaten path. Riding into old growth forests helped me feel more alive again. The only way to navigate them was to follow a path either animals or other people on horse back had made. There are trees everywhere from a few inches above the ground to fifty feet above your head. In some areas you are lucky if you can see ten feet in any direction. Animal trails were my preference it gives a feeling like you are going someplace no person has been before. Riding through places which had recently been burned let you see a lot of wide open sky and kept the horse on its toes weaving through downed trees.

Riding along cliff bases can give a weird feeling like your being watched from above. The safest way to get to the top of a rock cliff was to follow well worn tracks. More than once my riding companions felt there was something on the cliffs and knowing the horses all shied away from them more than once made me wonder if they were telling the truth.

New growth forests were the most fun its like there is a canopy above your head and you can hear the wind and feel it differently than any place I’d ever ridden. The areas where forest turned to meadows were great fun. Weaving in and out of the tree line gave you yet a different feel. Its like for a few seconds your part of two worlds. Riding into a meadow from new growth forests was best for this as the trees are all taller and easier to ride around. In my mind there is no place on earth which compares to riding through the Black Hills of South Dakota. 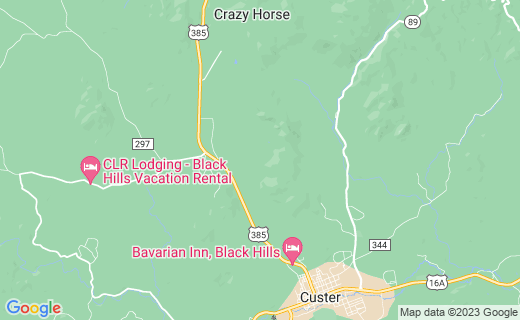