How Bees Make Honey And Propolis With Great Health Benefits

There are many species of Bees. The name, Bee, originates from the Latin Apis, and the Honey Bee is central to South and Southeast Asia. These are a group known to be part of only seven species of specific Honey making bees. Even though nearly all of the bee population make honey, these are known particularly for their pure Honey making skills. But all of the Bee species make different types of honey, some taste sweet and others more flowery.

The more basic type of Honeycomb can be a single exposed Comb, whereas the more recently evolved Bee will make their Comb in wall cavities and are multiple in their dimensions.

For thousands of years people have been using the honey and wax made in the Comb. Even the ancient Egyptians used honey as a staple food diet. And the wax has been used for candle making, and household and beauty products. It is a well known fact that the whole ecological system would crumble if anything happened to the bee population.

Each stage of our Eco system is based on balance. And this is where the bee is most useful. Not only do they pollinate flowers, they also pollinate a variety of plants and shrubs, but not all flora. 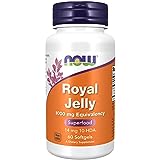 Just before I describe how honey and Propolis are made, here is a brief summery of how the colony work.

A colony usually generates one Queen who is fertile and will propagate the colony of bees. She will be surrounded by over a thousand drone bees or fertile males. The rest of the Colony will be made up of sterile worker bees. When the eggs are ready to be hatched they will emerge singly in a cell within a wax honeycomb. The Queen will then choose to fertilise the egg if she needs to. Sometimes she will leave the egg to become a Drone. She is in charge. This way she will produce the right amount of Drones, and balance the nest.

The Larvae are initially fed with Royal Jelly produced by the worker bees. Later on when they begin to mature, the food will change to honey and pollen. If a Queen is to be produced, the worker bees will continue to feed a Larvae with Royal Jelly. This is the ingredient that makes the Queen superior to her workers. Royal Jelly is thought to have healing properties in humans. Being rich in B Complex vitamins such as B5 and B6, water, protein and amino acids. It may help in the balancing of Graves Disease which is thyroid malfunction and lowering cholesterol and is also an anti-inflammatory. If you suffer with Asthma it should be taken with caution, as it can cause an allergic reaction.

As the worker bee ages, she will continue to work around the hive until she is old, and then she will leave to continue foraging for the nest.

Honey is made up of complex substances which include nectar and other sweet deposits taken from flowers and plants. This is then modified and stored within the colony for food. Mixing the nectar and other parts of the pollen taken, it is churned up into a sticky mixture by regurgitation, that will then set into the honey that we buy in the store. Its chemical composites are Mono saccharides which make it taste sweet, and Fructose and Glucose.

Pollen is a good protein source for the hive. This is used to feed the Larvae. It has been harvested by people for years, and can be taken as as Health Supplement. It is said to help people overcome their allergic reactions to pollen. Mainly prescribed by Homeopathists. It's chemical makeup includes a fine powder which is called Microgametophytes, which is from the seed plant. This produces the male Gametes sperm cells. When the pollen lands on a compatible plant, the process begins to germinate and produce a tube like structure that will transfer the male pollen to the female plant ovary.

Beeswax is made by the older drones. It is a substance secreted by glands on their abdomen, and is used to make the walls of the hive and to cap the Larvae cells to keep them clean and germ free. It is a combination of fatty acids and long chain alcohols. Made up from Palmitate, Palmitoleate, and Hydroxypalmitate.

People use Beeswax for a number of household products. Including furniture polish, candles and some facial creams.

Propolis has been used for many years as a Health Food Supplement. Its so called magical properties have even been claimed to help infertile women who want to get pregnant. It is a mixture that is similar to resin and is collected by the Bees, from tree buds, sap, and other sources. It is usually used within the hive to fill in the gaps of walls which beeswax cannot fill. It has antiseptic properties that keep the cell clean. It is usually dark brown but can be a completely different color all depending on the flower source.

Apart from keeping the hive cool in the summer and very warm in the winter, Propolis prevents diseases entering the colony. And strangely enough it is also used as a clean up tool if an insect gets into the colony and leaves its waste products. The Propolis is spread across the waste and sealed, therefore leaving it clean and smell free.

The chemical composition of Propolis can actually change from place to place, and hive to hive all depending on the surrounding countryside and plant life. Propolis has over 50 constituents, which includes, flavonoid resins and vegetable balsams, waxes, essential oils and pollen. But these are just a small amount of amazing properties that Propolis seems to include. Prenylated acids, 4 hydroxy 3, 5 diprenyl cinnamic acid, and so many more all depending on where the colony lives. It is amazing to think that wherever the Bees come from, they learn to adapt it but still keep the wonderful chemicals that they and we need to keep healthy.

That's the good stuff. The bad is that the trouble starts when Scientists try to replicate the health giving properties in a lab. As I said before, each colony makes a different substance each time. Some substances will be better antiseptics, others somewhere else may be used for allergy's. Even under controlled conditions, it is still impossible for Propolis to be made the way that the Scientists want and expect it to be produced. Therefore, if someone states that they have been healed by Propolis, there is no way at this time, that it can be proven and documented.

Propolis is available at Health Stores and is used in a variety of over the counter medicines.

Along with its other uses such as Car Wax and even chewing gum, its seems that Propolis is possibly the wonder drug of the future.

I am not a Medical Practitioner and I advice caution before using Propolis or anything else mentioned here. Always see a Doctor before taking any herbal or natural health drug as it can cause complications with your prescribed medicine.

Other Health Hubs You May Find Useful