It would appear that the zoo started as a sort of 'add on' activity for the small hotel complex here. I greatly suspect that the owner of this zoo also owns or part owns the Zoobic Safari located at Subic Bay.

This is one of a series of zoo reports that was actually included within my travel journal ‘The Itinerant ZooKeeper’. Initially I started to extract the zoo data but found the reading was diminished by it. So look on it as a zoo travelogue. The only major edits I have done is a little censoring and to remove the Casanova exploits.

Thursday 26th April 2007
It rained this morning. Hardly unexpected at altitude. We waited it out before starting out on our 'zoo' trip.

More by accident than design we ended up at the second place I intended to visit, first. This was the 'Residence Inn' mini-zoo.

Now before I start I should mention the signs, two in particular both with that famous quote attributed to Mahatma Gandhi.

"The greatness of a nation can be judged by the way its animals are treated".

Now if you stick up a sign like that it suggests, to me at least, that the people here are under the impression that what they are doing is good...that they are treating their animals correctly!
Now I saw no cases of deliberate cruelty, no, here all the cruelty was based on ignorance. One really has to look at places like this through someone else’s eyes. Here I used Gloria's and she thought it was a wonderful place "It's nice, no ?". It wasn't at all, it was bloody awful! The
poor little Palm Civets, as per usual the neglected little brown creatures. Confined to dark little concrete boxes. No sign of a perch or climbing apparatus. It sets the scene. One point in their favour is that they actually had water though.

Back to the beginning. Four young tigers confined individually in tiny wire bottom holding cages, available for photographs 'pose with a tiger'. Shades of Zoobic Safari (for which there seems to be a remote connection i.e. joint advertising).

The gardens are neat, the cages are clean and the views to die for. Most cages have basic signage, some of which is hopelessly incorrect. Okay it says mini-zoo. I don't know who came up with that bloody ridiculous description because there is quite a lot here. Thirteen tigers in eight or so cages does not say mini anything to me. Nor does the large Orangutans or the big Brown Bear in their little cells. So there follows a partial list of species seen: 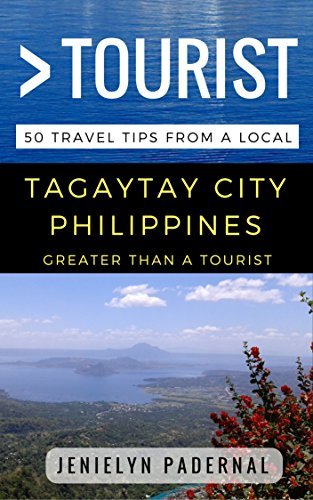 So nothing too special or different apart from the Hawk Eagle and the Palawan Porcupine. At the end of it all though there was not a single cage or enclosure which would have passed an even basic UK Zoo Inspection.

It seems the guy who owns this place also has a 'Tiger Safari' over at Calatagan which maybe I will visit sometime in the future.

You can read more about Zoos by reading my Zoo Hubs where you will find other information and zoo reports listed. Please also check out my blog Zoo News Digest.