Snakes are found on every continent except Antarctica. They dont live in Iceland, Ireland, or New Zealand either. Most snakes are found in tropical regions.

All snakes are categorized as reptiles. These animals dont have any limbs and therefore rely on their body to move quickly and quietly.

Snakes are meat eaters (carnivores), but they cant bite food so have to swallow it whole. They also have flexible jaws which enable these reptiles to eat prey bigger than their head.

Harmless or poisonous, small or large, all snakes – from the dwarf pipe snake to the desert rattlesnake – have certain things in common: a thin, long shape; scaly, legless bodies; and unblinking, lidless eyes.

The longest is more than 25 feet and the smallest is only 10 centimeters long. The largest fossil of snake is 49 feet long.

Snakes consume a variety of items including birds, rodent, frogs, termites and other reptiles. Large snakes can even eat monkeys, pigs, deers and other large prey.

Snakes have rear-facing teeth, this is used to hold their prey in their mouths (to keep prey from escaping).

The Anaconda is the heaviest and largest snake in the world.

The venom of the king cobra is strong enough to kill an elephant.

The mortality rate if bitten by a Black Mamba (venomous snake) is over 95%.

Venomous snakes inject their venom to the prey while constrictors squeeze their prey.

Snakes that are brightly colored and patterned are usually poisonous. 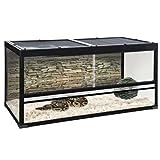 Venomous snakes usually have broader heads that bulge out behind their eyes where it stores their venom.

In Indonesia, at the island of Komodo, contains more poisonous snakes per square meters compared to any other equivalent area on Earth.

After feeding, pythons and anacondas can survive for up to a year without food. They do not need to hunt everyday.

Vine snakes are interesting because they appear to have bonocular vision.

Their skin is covered with overlapping scales which enable them to feel vibrations in the ground.

Snakes are vertebrates, this means that they have a skeleton.

Snakes rely on the heat of the sun (like all reptiles) to control their body temperature. This is why the greatest variety of species can easily be found in the warm, humid tropical regions of the world.

Snakes have internal ears but not external ones.

Snakes smell with their forked tongue. This tongue is constantly in motion and even works for these animals that live underwater like the anaconda.

Snakes hibernate during the winter.

Snakes will shed their skin during a process called molting.

Snakes have more than 200 teeth but they never use them to chew.

Most snake species reproduce by laying eggs but some of them give birth to young.

Snakes do not take care of their offspring.

The male snake usually attract the attention of a female snake by fighting with other male snake who also want the same female snake. However, these snakes do not intend to kill each other but only try to win the fight.

Many species of snakes can move about the water. Some can actually swim underwater. Certain snake species live the majority of their lives in the ocean – they are called sea snakes. Sea snakes dine on fish and eels.

The snake’s scales are actually made up from Keratin – the same material that your fingernails are made from.