Thousands of people journey to Ecuador to marvel at the astonishing biodiversity of this tiny nation. With over 1,600 species of birds to observe, none fascinates the spectator more than the Sword-billed Hummingbird of the tropical rainforest. Its impressive snout draws attention to this unusual species making it an essential addition to the journals of adventurous travelers. One glimpse at this astounding creature and it is easily understood how it acquired its Latin name, Ensifera : sword-wielder.

Although rare, there are certain areas where the Sword-billed Hummingbird can be viewed on a regular basis. Ranging from western Venezuela to western Bolivia along the Andean slopes, these spectacular birds can be observed from altitudes of 2,500 to 3,500 (8,000 to 11,500 ft). Although scarcely seen in the Inter-Andean valley, reserves such as Pasachoa Wildlife Refuge near Quito Ecuador claim regular visits by this welcome guest.

The Sword-billed Hummingbird is a regular visitant to the feeders at Yanacocha Reserve near Quito. Along with Golden-chested and Sapphire-vented Pufflegs, Great Sapphirewings, Buff-winged Starfrontlets and many more, this incomparable species can be observed vying for the nectar provided by the park. Seen both hovering and perching near the feeders, it is easily recorded by photographers hoping for an award-winning image.

The Sword-billed Hummingbird is the only species where its bill exceeds the length of its body. From the base of the beak to the tip of the tail, this creature has a total length of 13- 13.5 cm (5 – 5 ¼ in). Its total body dimension minus the tail feathers makes it less than 9 cm (3.5 in). With a bill of 90 – 100 mm (3.5 – 4 in) one can see why this bird has such an astounding appearance. The beak is slightly upswept and exceptionally long. When perched, this little jewel will keep its head elevated as if to maintain its balance and reduce the strain on its neck.

The male of the species is a brilliant green in coloration with a slight bronzy tint to the head and neck. It exhibits a small white spot behind its eye. There is a definite blackish hue to the throat with the chest and sides of neck displaying a duller greenish gleam. The lower under-parts are a mixture of gray and glistening emerald. The Sword-bill has a bronze tinted tail which is long and forked. The female can be distinguished by having a more coppery bronze on the head and whitish under-parts that are thickly spotted with green. The tail is much shorter and less severely forked.

Most observers barely have a glimpse of this illusive little creature as it zips by at break-neck speeds. However, this bird is easily recognizable even if viewed for a second. Its distinctive bill betrays its identity as it scurries through the forest growth. While perched this hummingbird can look similar to a twig on a tree due to its habit of elevating its head while resting. Owing to its formidable bill, the Sword-billed Hummingbird can reach deep into flowers that other birds must attack from the base. Datura flowers are at the top of its menu. Although not exceptionally vocal, it is easily noticed by the audible hum of its wings while flying or hovering near delectable corollas.

The Sword-billed Hummingbird is an essential addition to any avid bird-watchers database. While rather scarce in most areas, visitors to Quito Ecuador have an occasion to observe this precious bird within a few minutes drive from the city. Yanacocha Reserve offers a window of opportunity for anyone who loves wildlife and wishes to see one of the wonders of nature. 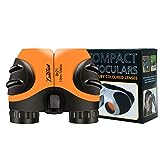 Other Articles by this Author