Dogs and Cats Over the Holidays - Keep Them Safe!

Keeping Dogs and Cats Safe Over the Holidays

As much as I think I know and remember about dogs in particular, I just had this happen last night. It would appear we have forgotten about certain puppy behaviors as it has been so many years since we have had puppies in our house - let alone during the holidays. My bad!

The main thing I had forgotten was about puppy tails that wag as they pass things and although the rest of the house is pretty much puppy-proof now the Christmas tree was not! When The Griff ran past the Christmas tree resplendent in its red balls and white lights last night, his tail caught about 3 balls and sent them flying – and he was flying right behind them. Since we have tile floors, they did not bounce well and shattered on impact some distance away I might add - which he reached before me and then proceeded to try and EAT first, and walk on second! Yikes!

Safety and Pets During the Holidays

In an effort to lessen the holiday madness for us both, Bob went on line today and found some of these helpful hints for us to study and then I added yet more from my research. These could benefit any pet owner though as sometimes I think unless we reread or relearn something, it doesn't always stick. You can find more tips at many sources because they appear to be all over the place at this time of year. Please take the time to read them anywhere that you find them as it could save your pet or at the very least, save you a huge vet bill! Also as several sources point out, you need to beware of friends or family sabotaging you as well - if they happen to be misinformed about what things are good for pets or okay to feed them!

Obviously those glass ornaments are not good on the intestines so you do not want them at puppy level or cat level – watch those tails! For years we had Labradors and it was like winding up a bat when their sausage tails hit a ball and launched it across the room – HOME RUN! Or when the labs were puppies, they took one fiberglass ball off and proceeded to chew on it like a tennis ball.

If they ingest the ornaments, make sure you know what kind of material it was, glass, fiberglass, etc.

If they walk on them, you will need to check paws for cuts and/or embedded pieces. My solution this year is to move all the ornaments UP and remove any at Griffin tail height and keep on eye on him to make sure that he does not try to chew on one. He does not seem particularly interested in eating them off the tree (yet) but anything falling on the ground into pieces seems to get him very excited about picking up and putting said pieces in his mouth! Not a good thing if it happens to be a glass ornament or three!

If you find your pet chewing on bubble lights, you need to call someone immediately. I did not know this but the little bubble lights contain methylene chloride which can cause irritation to the eyes, skin, lungs and intestines.

With a puppy in the house again, we are quickly learning not to leave anything within Griffin reach and since he is huge, that is becoming a challenge. Yesterday, he got an English muffin AND an entire loaf of bread. That said, foods that can be deadly alone or if contained in foods or may cause severe problems such as kidney failure, stomach upset, heart irregular rhythms, and seizures:

Also inform any guests - we have been there and done that. Our malamute Kodi because of his Addison's and allergies was on a very special diet and when our son visited a year or so ago, he was cooking many foods for us including venison and other various and sundry meats. He thought he was doing our dog such a huge favor by slipping him scraps and bones (after I had warned him specifically not to of course). Kodi went into total GI distress over it as he could not process the foods. Contrary to some folks' belief, bones, fat, raw meat is not part of our usual pet diets and can be extremely detrimental to their health.

During the holidays, it is especially important to make sure your pets stay on the same diet that they are used to. Giving them ‘extra’ or ‘treats’ because it is the holiday can often have a very negative effect – and any guests should know that as well. Leaving things easily accessible to puppies or young animals is also very dangerous. Make sure you have secured your pets if you cannot keep a super close eye on what they are grabbing - from people or from coffee tables, children's hands, etc. Last Thanksgiving we discovered our friends’ golden retriever having a feast in the trash can that someone had left out – not a good thing afterward as it had the turkey carcass in it for one thing! The best of pets cannot help themselves if the temptation is made available.

Contrary to what some folks think, giving animals alcohol is NOT funny and it is not good for them! I would put it on a level with giving your children alcohol so you could laugh about it later. However, I have had folks joke about giving their dogs liquor, beer or wine and laughing because it makes them 'tipsy' and how a little bit can't harm them. It doesn't break down the same way in dogs as in humans for example and the thing that seemed so funny might turn out to be not so funny if the dog becomes disoriented and does something he or she would never do in ordinary circumstances such as bite. There are just some things that we should not do and that in my opinion is one of them.

While liquid potpourri might be a nice addition to the ambiance, it can be especially deadly for cats. Leaving scented oils in a simmer pot can cause serious problems. I would not even consider it or dry potpourri or decorations with any kinds of chemicals attached to them with The Griffin on the loose. A few licks can cause chemical burns to their mouth, fever, difficulty breathing and tremors. Use nontoxic candles and even then keeping well out of reach of big paws and big incisors! My daughter’s 13-pound puggle that was visiting for Thanksgiving managed to find my little votive candles and was happy to begin gnawing on them – luckily we caught her right away. It is just TOO tempting. They were on a table which was at least twice her size but somehow she found them.

I’m thinking that some of the holiday ‘stuff’ just isn’t that important to display in comparison to keeping my pet safe this year. Since he is a puppy, I would much rather relax and enjoy the season rather than taking a chance on poisoning him or harming him in some way by just not being aware of what he got into. I think in a year or so, it will all be good and we can decorate to our hearts’ content but for the moment, it seems most important to keep him safe. There are enough day to day things that we have to watch him with or keep an eye out that he does not get into and adding extra things is like inviting a disaster.

Poinsettias are reportedly very dangerous but according to msn.com the plant that looks so innocent - the lily - is actually the one you want to take a care with. It is highly toxic to cats especially. If a cat chews just ONE leaf, it can result in severe, acute kidney failure. Holly and mistletoe would probably be easily viewed as food for puppies if left where they could grab them. These can result in stomach upset or heart rhythm problems. Go with silk or plastic flowers instead, much safer though I imagine the passage of these might result in stomach upset as well!

For cat people, tinsel can be a powerful draw for cats. I vaguely remember this like 100 years ago when I had cats! I have never used it since! It can cause stomach upsets. It can actually get caught on their tongue or wrapped in parts of their stomach as it tries to pass through and can result in expensive intestinal surgery.

The article Bob printed off for me recommended keeping these numbers handy and programmed into our phones – not a bad idea!

If you think your pet has ingested something toxic, call your pet poison animal control or your vet emergency number to investigate. Don’t wait to see if it will be okay.

Naya Says You Can Purchase Here On Amazon

A Few More Things To Watch Out For 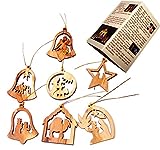 The Griffin Says Protect Us