On rolling grasslands, with scattered shrubs and occasional trees, the tallest mammals on earth, graze on the leaves from treetops in the savanna of Africa.

Towering above all other wildlife, a giraffe's height allows them to scan the landscape for miles. As they survey the land for lions, their main predators, they spend much of their day searching for food. Lions rarely catch giraffes, due to their ability to run fast. When they do encounter a lion, the giraffe is able to deliver devasting blows with their long legs to defend themselves. Their long legs allow them to cruise at 10 miles an hour (16 kilometers), or run as fast as 35 miles (56 kilometers) an hour.

Giraffes and large herds of other hoofed animals roam freely on the arid land of the savannas of Africa. Giraffes in the wild, live only in Africa, where the temperature is warm and very wet in the summer and only slightly cooler and drier in the winter. Zoos all over the world house giraffes, which allows us to see these magnificent animals up close.

Have You Ever Seen a Giraffe Bathe?

Giraffes statistics are staggering and fascinating.

About a Giraffe's Heart

A giraffe’s heart weighs 25 pounds (11 kilograms) and is 2 feet long (0.6 meters). A giraffe's heart is 7 cm thick (a little less than 3 inches thick). It is a big problem for the giraffe that their head is 2 meters (over 6 ½ feet) away from their heart.

In order to get blood to their heart, giraffes have extremely high blood pressure (almost 2 times that of humans). Their heart beats 170 times per minute, about twice that of humans. . Their heart is relatively small, but its thick walls help it beat strongly.

Researchers who have studied the cardiovascular system of giraffes believe they adapt to the high blood pressure and it is not a detriment to their health. It seems their blood vessels expand and shrink with the volume of blood that is going through their system.

As a giraffe gets older, the blood vesels thicken to protect any rupturing from the high blood pressure.

Comparison of a Giraffe Heart to a Human Heart

What is your Giraffe I.Q?

Giraffes Spend Most of Their Day Looking for Food

Their height gives them the advantage of spotting predators.

Giraffes are easily identified by their long necks, but it is fascinating to know that they have the same number of vertebrae as all other mammals. The difference is that their vertebrae are elongated and attached to each other with ball and socket joint.

A giraffe can eat up to 75 pounds (34 kilograms) of food a day. They spend most of their time eating since they get just a few leaves in every bite they take. The acacia tree has their favorite leaves. The acacia trees have long thorns that stop most animals from eating the leaves.

Because their tongues are so long, they can reach around the thorns. If they accidentally eat any thorns, the sticky saliva on their tongues will coat the thorns. A giraffe's tongue is a dark color and it is thought that may be to protect their tongue from getting sunburned while they reach for the leaves.

Because the acacia leaves are made up in large part of water, they don’t have to drink as often. They only have to drink every couple of days. When giraffes do drink, they bend all the way down to reach the lake or other body of water.

As giraffes bend their neck, they become vulnerable to predators like lions, hyenas, and crocodiles. Giraffes drink as a group so that they can take turns to watch for something that may attack them.

Where water is readily available, a giraffe can drink 10 gallons of water (38 liters) a day. Giraffes, both male and female, have 2 hair covered horns called ossicones. Sometimes they have other bumps that may look like horns, but they are calcium deposits.

Giraffe's in the Wild, Only Live in Central, East and South Africa 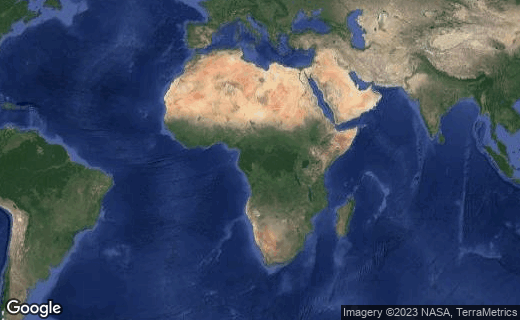 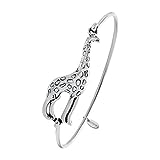 Giraffes and Their Babies

Giraffe Babies Are Six Feet Tall When They are Born

Giraffes are mammals. Their lifespan is approximately 25 years in the wild. They are herbivores and eat leaves

Usually, giraffes can be found roaming in small groups of about 6 giraffes. The male bulls battle each other at times by butting the heads and long necks. While not dangerous to each other, it is done for dominance, and the interaction ends when one of the bulls submits and walks away.

Giraffes are similar to cows in that they regurgitate their food and chew their cud. It takes hundreds of pounds of leaves each week to feed a giraffe. They often travel miles and miles to find enough food for themselves.

At about the age of 6, females usually give birth for the first time. Female giraffes are pregnant for 15 months. The number of young is usually one, but some twins do occur.

A calf is six feet tall at birth and can weigh 150 pounds. They are able to stand after about twenty minutes. Female giraffes give birth while standing up.

The baby falls to the ground at a distance of more than 5 feet (1.5 meters). Ten hours later they are able to run with their mother. Females attain full size by the age of five, and males by the age of seven.

The Pattern of Spots on Giraffes Are Unique

When giraffes fight among themselves, the males, known as bulls, strike each other with their heads. Giraffes can be seen with impalas, zebras, baboons, and willdebeest.


The word giraffe comes from the Arab word meaning "the one that walks very fast." The species name of the giraffe is called camelopardalis, which means camel leopard. It is derived from the early Roman name.

Similarities and Differences Between Giraffes and Okapi

Okapi Have Some Similarities to Giraffes

Okapi is a Close Relative of the Giraffe

The okapi is the only close relative of the giraffe. They are rare and endangered. Okapi share a similar body shape to the giraffe, except they are much shorter in height, and have much shorter necks. They have distinctive fur covered horns (only seen in males) and they have special teeth, and tongue.

Giraffes are not endangered but they have lost some of their habitat and conservation efforts are helping the species.

We humans are very curious about giraffes.

They are a biological marvel that leave much more for us to study and learn about these amazing animals.