One of the best reasons to live in or visit the province of Ontario, Canada is the opportunity to see our vast array of aquatic birds. Aquatic birds, also known as water birds or waterbirds, are those that live near or on bodies of water. These can include Shorebirds, Waterfowl, Herons, and more.

Ontario has plenty of bodies of water so they are able to thrive here. There are of course the Great Lakes, but we also have plenty of rivers, ponds, and marshes for them as well. While we do get winter weather, many of the aquatic birds still remain here in Southern Ontario so you can bird watch year round.

While I have been bird watching in the past, it was just through looking at birds feeding at the bird feeders in the backyard. Then this year our local paper had shown a photo of a photographer taking a picture of a Great Blue Heron from a bridge in the area. I was amazed at not only the beauty of the bird but that the photographer could get so close to it. So I looked up where that bridge was and then headed down to check it out. The experience was so beautiful, peaceful, and relaxing that I have been going back every chance I get.

When I first began bird watching there were people around and they would tell me what I was looking at. However I have recently learned that just because someone tells you what they think the bird is, that doesn't mean that they are right. You are better off to have a book that is an accurate reference source. 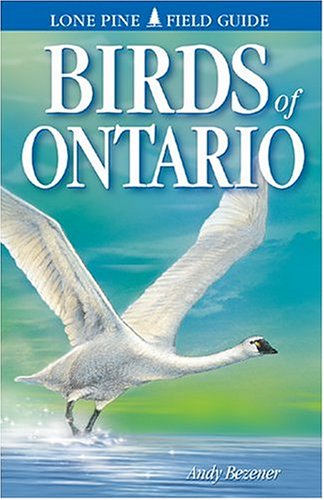 This is the book that I bought as I live in Ontario. I like it because it narrows it done to only the birds that I will see in Ontario. This makes it much easier to look up what you saw. it also lists the most likely places that you will be able to spot each bird listed.

October is a great time for spotting shore birds in Ontario. I have seen them mostly in the early morning. Above is a photo of the one I spotted at Grindstone Creek in Burlington. There were three of them there together.

This Ruddy Duck (Oxyura jamaicensis) appeared in late September of 2013 at Sunfish Pond, Burlington, Ontario. It was much smaller than most of the other waterfowl in the area. However it was one of the most popular attractions for the bird watchers and photographers since it is not commonly found here.

I have seen both the Trumpeter Swan (Cygnus buccinator) and Mute Swans (Cygnus olor) at Sunfish Pond. Normally they are fairly docile, just floating along the water. However on this particular day one of the swans was rambunctious, running around everywhere and making a lot of noise. Apparently the other swan had seen enough and that's when they charged at each other.

I was enthralled with the Cormorant the first time I saw one. It was just floating one top of the water and then it dove under water and didn't come up for a long time. I had never seen a bird remain underwater for so long. Perhaps it is my love of snorkeling that makes me admire them.

On a rainy day in October I saw this Double-Crested Cormorant (Phalacrocorax auritus) hanging out near the bridge at Sunfish Pond. This was the first time I ever saw one up close out of the water. So I ran back to my car to get the camera.

This is a great spot for seeing aquatic birds in the Spring to Fall Season. There are also four types of Heron that can be seen at this location. If you want to see the Herons, you can check out the link in the related articles at the bottom of the page. 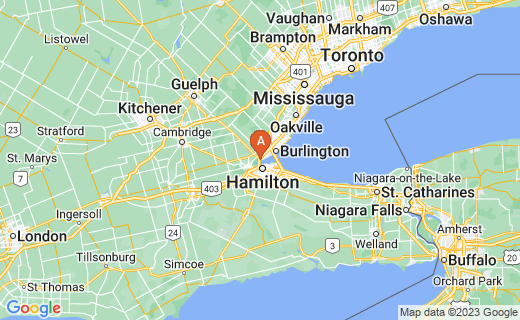 For The Dedicated Bird Watcher

If you are going to spend a long time bird watching I suggest you bring a portable stool. That way you can rest your legs while you wait. Plus as an added bonus is it can help camouflage you from the birds as you may hide in the brush.

This is the one that I bought. It will hold people who weigh up to 230 pounds. It is lightweight and the shoulder strap makes it easy to carry to your destination.

I spotted this Juvenile Night Heron (Nycticorax nycticorax) at Cootes Paradise in Hamilton, Ontario. I had seen the adult before in Burlington at Sunfish Pond, but this was the first time seeing the Juvenile. It looks similar to the Green Heron but you can tell it is a Night Heron because of its red eyes.

If you want to see aquatic birds during the winter months you can head over to Fifty Point Conservation Area in Winona, Ontario. There is a boat launch area right in front of the Landing Restaurant where all of the birds gather.

There are always Canadian Geese (Branta canadensis) and Mallards (Anas platyrhynchos) there. When I went one day in January, I also saw some Redheads - Aythya Americana, Greater Scaups (Aythya marila), another that may have been a Goldeneye, and one that may have been a Bufflehead (Bucephala albeola).

Thank you to fellow writer and birder patgoltz who helped me to confirm that it was a Common Goldeneye (Bucephala clangula) and a male Bufflehead.

I recently found this spot for bird watching in the winter. 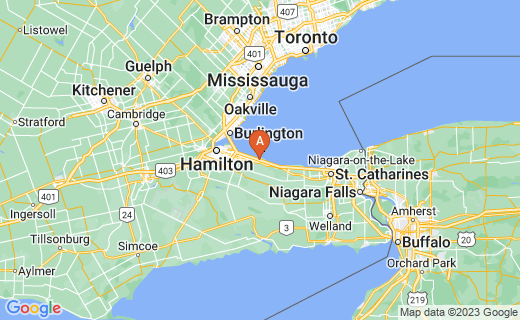 What Is Your Favorite Aquatic Bird?