When it comes to flash photography equipment and accessories there are loads and loads of different gadgets and gizmos to buy, however you really do have to ask yourself “are they really worth it?” There are grids, snoots, soft boxes, brackets, stands, straps, gels, triggers…….. the list goes on and on.

I have to admit that over the years I have been suckered in to buying a whole range of flash photography accessories that I not only needed but didn’t actually work, and I don’t want other people to make the same mistakes I did. So, other than the actual flash gun itself what else do you need to capture awesome flash photos?

Based on my own personal experience I truly believe there are only five essential bits of flash photography kit you need, and I would like to share these with you………

If you want to use your flash off camera, and let’s face it you’d be mad not to dabble with off camera flash photography, radio triggers are an essential piece of flash equipment. Sure, you can fire the flash using a flash cord or PC sync cord but tethering the flash to the camera is an absolute faff, and more often than not the cord gets in the way.

The other negative about using a flash cord is you are limited by the length of the cord so if you only have a cord a meter long this is the absolute maximum distance you can place the flash from the camera, which is not great.

There was a time when wireless flash triggers were expensive, however times have changed and you can now get some cheap and reliable flash triggers that support ETTL flash and high speed sync (HSS) flash such as the Yongnuo 622s.

Get the flash exposure super quick with the Sekonic L358 flash meter. I have one of these (and I highly recommend it) and I wouldn't be without it now. 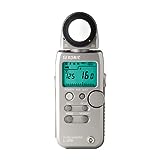 A bare flash is a small light source and as such it produces hard light. This is fine if you want the hard light look, but if you are shooting portraits it is best to have nice soft light, and the only way to do this is to increase the size of the light source by using a light modifier.

There are plenty of light modifiers about and the one I would recommend is a shoot through brolly, even though soft boxes are the “must have” light modifier at the moment. Shoot through umbrellas are cheap, they are small and light and easy to store, they are easy to use and they produce awesome soft light.

If you are unsure what light modifier to buy my recommendation is a shoot through brolly every time.

What is you preferred flash light modifier?

When I first started out in flash photography I never bothered with gels, which are nothing more than small coloured pieces of plastic, and my photographs suffered as a result. Okay, there were times when the ambient light was the same temperature as my flash, but more often than not there was a difference in the light temperatures, and I was getting awful colour casts that I could get rid of, not even using photo editing software.

I have been using gels for a while now and I have to say that they are an essential bit of photographic equipment that will improve your flash photographs by preventing those awful colour casts when there are multiple light sources at different temperatures.

Gel kits are cheap, easy to use and transportable. Every photographer using flash should carry around some gels at all times.

Using a flash meter is quick, easy and the flash power is set in no time at all. Using a flash meter means your subjects won’t have to wait around whilst you play around with your flash, which is a good thing as a bored and frustrated model is a real chore to work with.

My flash meter is one of the best photography accessories I have purchased and I wouldn’t leave home without it.

And the light meter completes my list of five essential flash photography accessories you realy should have in your flash kit.

Yongnuo 622 flash triggers - Full ETTL and HSS, reliable, easy to use and very affordable. These flash triggers blow the competition out of the water for value 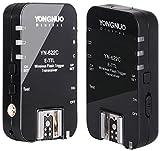 External flashes use a fair amount of juice and will eat batteries like they are going out of fashion. The higher you set the flash power, the more juice they will use (obviously) and the shorter the battery life. If you want to make sure you always have a usable flash gun at your disposal you need to make sure you have a good supply of batteries, and I would recommend rechargeable batteries, which are not only the most convenient but also the most cost effective.

One thing I have learned is that you should never scrimp on rechargeable batteries, and if you buy cheap you will end up buying twice. All I can say is, learn by my past mistakes and get yourself some good (and powerful) batteries in the first instance.

I have to admit that I do have a few other flash photography bits and pieces in my kit bag (although not many more may I add) but if I was asked what my top 5 are, or if I were only allowed to carry 5 items described above would be it.

Other flash photography articles you may find interesting