The Texas Lone Star Flag that we see flying today was actually the 1839 national flag of the Republic of Texas. It was approved on January 25, 1839 in a bill signed by president Mirabeau B. Lamar. Although the flag was The Republic of Texas’ national flag, the red, white and blue colors are the same colors as those used in the United States flag. The red, white and blue of Texas’ flag represent bravery, purity and loyalty, respectively. In a magazine article published in September 1948, author Adina de Zavala suggested that each point of the star had a meaning. According to her, the five points of the star represents the characteristics of a good citizen: fortitude, loyalty, righteousness, prudence and broadmindedness.

Initially, three flag designs were presented for consideration to the revolutionary government of the Republic of Texas. These designs reflected a strong commitment to a country tied to Anglo-American tradition, and still recognized ties to Mexico through the red, white and green colors of one of the designs. Click on the links below to see examples of each of the proposed flag designs.

The Republic of Texas

Early in 1836, Texas was still a part of Mexico. But on March 2, 1836, a delegation met at Washington-on-the-Brazos, the provisional capital, and chose to adopt the Texas Declaration of Independence. At that time, the Republic of Texas was born.

Although many Texans favored immediate annexation by the United States, various issues stood in the way.

The State of Texas

In 1845, sympathy for the Texan cause had grown in the United States to such a level that the annexation was finally approved. Texas became the 28th state on December 29, 1845. After nine years, eleven months, and seventeen days, the Republic of Texas no longer existed.

The first flag design contained the shape of an English Jack in the corner indicating the origin of the North American People. The stripes indicated the immediate descent of most of the Texians. It contained the red, white and green colors tying it to Mexico.

The second flag design was very similar to the first, however, in place of the star in the field of stripes, it was proposed that a sun with the head of George Washington in the center, and rays, representing the light of liberty be used. These rays were to radiate all around the outside. Inside the rays, the motto curving around Washington’s profile was to read, “WASHINGTON – In his example there is safety”. Above this design, above the rays, the motto “Where Liberty dwells there is my country” was to be placed.

The stripes that were green in the first design were changed to blue and it was proposed to have exactly thirteen like what we find in the United States flag. The background behind the Union Jack was also proposed to be yellow.

The third flag design created by Peter Krag and approved in 1839 is the flag that we see flying today.

Pledge of Allegiance to the Texas State Flag

Honor the Texas flag; I pledge allegiance to thee, Texas, one state under God, one and indivisible.

Sites used to research this hub: 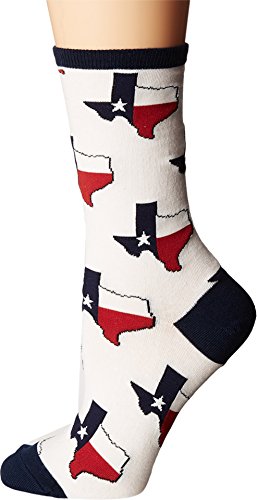 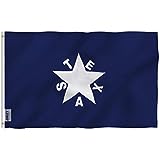